This is the first of a series of posts on the theme of The Family and Economics. 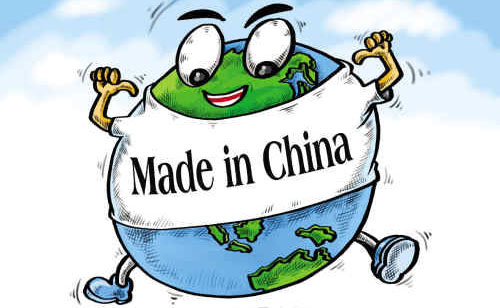 Last year I read a book with the curious title A Year Without ‘Made in China’. At least, the title might have sounded curious to an average reader some decades ago, when international trade was a much smaller part of our lives, and when objects made in China might have been a rarity, rather than filling Wal-Mart shelves across the country. In the book, Sara Bongiorni’s decision to boycott Chinese products resulted in sometimes major struggles to complete even the simplest of purchases. Children’s sneakers? The only alternative to Chinese shoes were Italian ones out of a catalogue – at almost $70 a pair.

Bongiorni’s struggles to find products manufactured anywhere but China, much less Made in America or Made in Canada, reflects the growing encroachment of international trade into our daily lives. But is this encroachment a good thing or a bad thing for families?

There can be little doubt that liberalizing trade has resulted in lower prices for consumers. And, while some contend that is hardly a clinching argument — after all, what price another cheap t-shirt? — lower prices have contributed to increased living standards for low-income families in developed countries. One study found that during the period of 1999 to 2005, inflation was seven percentage points lower for low-income people than for the wealthiest Americans.

While cheaper clothes and toothbrushes at the Walmart and Target checkouts are undoubtedly good for families, it hardly seems a great deal if the trade-off is higher unemployment, or, at best, lower paying jobs — if you are lucky enough to get one. Globalization has certainly wreaked havoc in many North American industries. But will this always be the case? And is it reason enough to curtail freedom of trade?

In the United States, the decline of manufacturing jobs, which have traditionally paid a decent wage for workers without higher education, has almost certainly contributed to increased short-term hardship for many working families. On the other hand, so has almost every improvement in efficiency and technology, from steam power to automation. While these eventually led to incredible advances in the quality of life of all Americans, in the short term the buggy makers almost certainly resented the “job stealing” automobiles.

In the global economy America has a comparative advantage in many areas (economist-speak for “they still do some things better than their competitors”) and this is a principal reason why US industry still continues to produce many items and services it could theoretically import from overseas. As wages rise in developing countries (economist Robert Fogel from the University of Chicago predicts that the average per capita income in China in 2040 will be $85,000 — more than double the income predicted for residents of the European Union, making Chinese labor twice as expensive as French labor) and the US dollar declines (as it is already doing), America will once again become an attractive destination for manufacturing and industry. There will be the added bonus that this time they have not only the North American and to a certain extent European markets to cater to; they will also have newly rich consumers across the globe eager to purchase their products. Even today, in an ironic reversal of the recent stereotype, Indian companies are taking advantage of low wage rates in certain American states to outsource call centres to America.

In short, we may reasonably conclude that free trade is good for consumers, and is at worst rather ambiguous in the long-run for workers in developed countries.

* Rebecca Hebbert is an economics student living in eastern Canada. In her next article she considers the impact of free trade on families in developing countries.