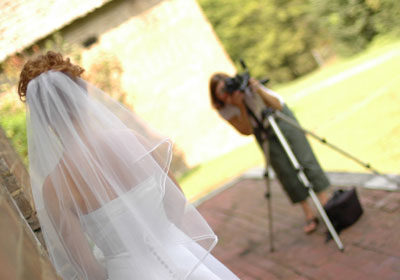 A recent report claims that “marriage equality” will provide an economic boost to Illinois: US$54- $103 million in new spending, and $8.5 million in new tax revenues. This study comes at an opportune time for the gay lobby in Illinois. Their marriage bill, SB-10, is not exactly sailing through the House. Chicago legislators representing heavily ethnic minority and religiously conservative districts have been reluctant to endorse the redefinition of marriage. Perhaps the gay lobby hopes this extra tax money might motivate wavering legislators to support this bill.

The people and legislators of Illinois should not count on extra revenue as a benefit from redefining marriage. These forecasts are based on an elementary economic error as well as highly dubious forecasts. That is why the “Gay Marriage Economic Miracle!!!” predictions have not worked out so well in the past.

The UCLA Law School-based Williams Institute has made numerous such predictions over the years, which are posted on their website under, “Economic Impact Reports.” One can find recent reports for Delaware, Minnesota, Rhode Island, and even Australia. (The Institute just happens to produce reports in locations in the throes of electoral battles over the definition of marriage.) Looking at the states which have redefined marriage, we can compare the predictions with the actual outcomes. The older breathless predictions of economic manna from heaven are vast overstatements of the actual outcome of redefining marriage. These studies are not worth the paper they are printed on. Or even the electrons that were rearranged to post them on-line.

Consider Illinois, the immediate case at hand. The Williams Institute predicts that allowing same sex couples to marry in Illinois will generate $54- $103 million in new spending, and $8.5 million in new tax revenues. The Williams Institute’s claims are based on calculations of the amount of money same-sex couples might spend on wedding celebrations. The state of Illinois can collect sales taxes on these wedding expenditures.

The Williams Institute has produced similar studies for many states. Their detailed calculations give the illusion of precision. But if the premises are flawed, the answers will be too.

And the premises are indeed flawed. The same-sex couples of Illinois would have spent that money on other things: vacations, theater tickets, home decorating, pets, cars, doctor bills. Every dollar spent on weddings is a dollar taken away from some other industry!!

This is a basic economic error. It is the same error that has led some economic mandarins to think we can make ourselves richer by issuing debt to ourselves. We can’t spend our way into prosperity at the macro-level, because the money the government spends has to be taken from some other part of the economy. That part of the private sector then has less money to spend, cancelling out the supposed gain from the government spending.

The only possible net benefit to Illinois would be wedding tourism, that is, people coming in from other states to get married. But same sex couples who can’t get married in their home states don’t have to come to Illinois. They could go to New York or New Hampshire or even Iowa.

They did a later study of Iowa in 2011, touting the great economic windfall from same sex weddings. Their calculated first-year revenue from the weddings and wedding tourism was a paltry $12-$13 million, about a quarter of what they so confidently predicted a mere three years earlier. And the corresponding sales tax revenue proved to be less than $1 million, about a third of their prediction.

How did they arrive at these numbers? Was there an astonishing spike in economic activity in Iowa? Was there a surprising new flood of new tax revenues to the Iowa Treasury that needed to be explained?

No. The Williams Institute simply attributed some of the state’s economic activity and tax revenue to same-sex weddings. They multiplied the number of same-sex couples who married by an educated guess of how much money they spent.

There is no reason to believe that a single dime of this money actually represents new spending due to same-sex wedding ceremonies.

There you have it: The Gay Weddings Economic Miracle is based on an elementary economic error, and a completely overblown forecast.

In addition, the gross but unacknowledged discrepancy between the inflated prediction of 2008 and the ecstatic report of success in 2011 cries out for explanation.

On that analysis, 1,867 same-sex couples should have gotten married in the first year in Iowa, over twice the 866 couples that actually did. The Williams Institute does not even admit this faulty prediction, much less offer an explanation for it.

Redefining marriage is not going provide an economic gain to the Illinois state treasury. This report from the Williams Institute offers no new reason to remove the gender requirement from marriage. If the African-American Democrats from Chicago have not been convinced to redefine marriage, this report should not do anything to change their minds.

Jennifer Roback Morse, PhD is the Founder and President of the Ruth Institute, which will hold its First-Ever Gala Dinner and Live Auction in San Diego on June 2. She taught economics at Yale and George Mason Universities for 15 years, after doing a post-doctoral year at the economics department at the University of Chicago. Dr. Morse testified against SB 10 in Springfield IL in February 2013.

Notes on the calculations