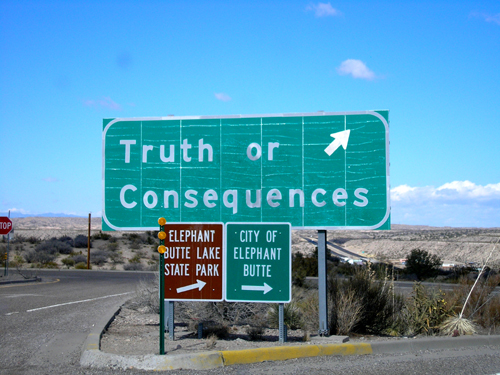 This article has been reproduced with permission from Public Discourse.

You might remember a bit of Monty Python nonsense
from 1979, The Life of Brian. In one scene, we encounter the
People’s Front of Judea, one of many tiny radical groups bent on the
overthrow of the oppressor Romans. As the four conspirators struggle to
articulate their group beliefs, one fellow named Stan admits that he
wants to be a woman, and that it is his right as a man to be called
Loretta. He wants this because he wants to have babies. When Reg points
out that he can’t have babies, Stan cries, “Don’t you oppress me!” Reg
protests, “I’m not oppressing you, Stan. You haven’t got a womb. Where’s
the fetus going to gestate? You going to keep it in a box?” The other
three agree that it is Stan’s right to have babies, if he could, and
that they will fight for this right. Says Francis, “It is symbolic of
our struggle against oppression!” Retorts Reg, “Symbolic of his struggle
against reality.”

Flash forward to 2010. Earlier last month, I opened the sports page
of the Minneapolis paper to a report, based on a New York Times
story, that a former girls basketball star from one of our local high
schools has been playing Division I college basketball. She has also
announced that she is a man. The college has agreed that their player is
a man, and further agreed to refer to this player at all times with
male pronouns. The NCAA has agreed that “he” will continue to play on
the women’s team.

As the NYT story
reports, “He noted that he was biologically identical to any other
female, but said, ‘I just would prefer for people to call me a he.’” The
Associated Press story is
even more emphatic:

[The player in question] can’t have the surgery, can’t
start taking testosterone—not as long as he wants to keep playing for
the George Washington women’s basketball team.

But he can change his name. He can ask people to stop
calling him a woman. He can show off his mohawk, face a dozen cameras at
the Smith Center after practice and declare: “Yes, I am a male on a
female team.”

The central claim—“I am a male”—is as false as any statement could
be. One is left wondering on what basis one might say it. Had the player
in question stuck with one type of statement (“I just would prefer for
people to call me a he”) we might understand the request. If she had
said that she did not prefer to follow stereotypical gender roles, we
could nod and say, OK, we get that. The claim, however, goes beyond
this: “I am a male on a female team.”

Being a human male is a biological category. It means having a
particular chromosomal structure: XY. This normally gives rise to
certain physical characteristics such as particular hormonal balances
and bodily structures such as a penis and testes. In childhood stages,
we call this a boy; in adult stages, we call this a man. A human female,
on the other hand, has an XX chromosomal structure, leading to a
particular hormonal balance and bodily characteristics, such as ovaries,
a uterus, and mammary glands. The child is a girl; the adult is a
woman. The way to be sure which sex a particular human being is, male or
female, is not by asking the opinion of the person in question, nor—as
the NCAA has reportedly recommended—by “following the gender
classification on a student’s identification documents, like a driver’s
license.” It is to do a physical examination. Whether one is a human
male or a human female is a matter of fact, and that is no less the case
because the genetic factors that determine sex are not always well
or fully understood. It is such a matter of fact that undergoing
hormone treatment and surgery to create a more masculine appearance is
not going to make a woman into a man. It will merely result in a
mutilated woman—a situation that may please the person who undergoes
such “therapy” but does nothing to change the foundational facts.

Someone might point out, of course, that the basketball player feels
as though she ought to be a man, and intends to change her body to match
her feelings; at that point, the female will become a male. Yet even
were one to accept the claim that such a mutilated woman is a man, that
is not the situation now. The claim is that she is a man in a
woman’s body right now, truly a male with a female appearance, a he
instead of a she.

At the heart of this confusion is a commitment to a certain way of
looking at the human person. I would be surprised if the student athlete
in question has given it even a moment’s thought, but implicit in this
position is the idea that what is most important about a human being is
one’s own feelings and desires. According to this view, if one feels
something deeply enough, if one wants something strongly enough, then it
must reflect what is most significant about oneself. If one’s feelings
and desires do not conform to what is going on in the physical world,
including one’s own body, then it is time for the world to change to
conform to one’s feelings and desires.

In opposition to this viewpoint stands a time-honored but apparently
unfashionable alternative. Human beings are primarily creatures of
reason; we are fulfilled in seeking and finding the truth. It is a
fundamental drive that we see manifested in the child who first learns
to use language, and never stops as long as we live. Truth is the
conformity of the mind to the reality of the world. Thus, a healthy
human being, when confronted with a reality that does not fit his
feelings or desires, will figure out how to change those feelings and
desires to match reality.

Our words mean things. The meanings cannot simply be made up on the
spot. When someone says “cat” it does not indicate a reptile. When
someone says “fire” it does not refer to a lump of frozen water. When
someone says “he” it means a male, and not a female who wishes to be
called a male. When we decide to use a word arbitrarily to mean things
other than its common usage, we end up with absurdities such as “he
identified as a lesbian in high school.” Meaningful speech becomes
impossible.

You may have noticed that I have not mentioned the athlete’s name.
This is not by way of keeping it a secret; two mouse clicks will yield
her name. It is simply not my intention to pick on one person.  My
astonishment is not with her. Lots of people think things about
themselves that are simply false, or want things for themselves that are
not fitting things to want. The most disturbing thing about the story
is the participation in a patent falsehood by two institutions whose raison
d’être is to seek out and disseminate the truth: the university
and the news media.

The university exists to seek the truth. Its faculty attempts to
extend our knowledge of reality through theories based on observable
facts. Yet in this instance at least, the university in question has
acquiesced to the obviously false claim that one of its student athletes
is a man, agreeing to call her a man, and to refer to her with male
pronouns. The university might claim that it is not giving in to the
claim that she is a man, but merely to her request to be referred to in a
certain way. But when a student says that she wants to be called a man,
even though there is no anatomical reason to do so, a place really
searching for the truth would have said, “No, we are not going to do
that. The truth is on the line. You are not a man—or a dog, or a tree,
or the President, or Joan of Arc—despite what you feel or desire.
Perhaps, instead, we could do some research to try to help you find out
why you feel this way, and how your desire to be a man has emerged.”

The news media, meanwhile, exist to ferret out the facts that are
essential for the making of decisions of import to the common good or in
the individual lives of its readers and listeners. Thus, it is perhaps
even more shocking that the news outlets writing on this story not only
went along with the claim, but trumpeted it as obviously reasonable. She
claims to be a man; who are we to say otherwise? The answer is: “We are
plain people staring a plain fact in the face. You are not a man.” A
reasonable story would have said “This woman claims to be a man,” or
perhaps, “Female athlete wants to be male.” But when the empirically
observable datum is called precisely its opposite, and applauded, the
news media are no longer seeking facts to inform us of the truth, but
making up facts to bolster an ideology.

How can we take either of these institutions seriously when they make
claims about contested issues that we do not know much about—climate
change, the economy—when we clearly see them dismissing the truth in
cases that we do know something about? How are we going to have an
intelligent conversation about sexuality and marriage when the most
basic fact—that is a man, this is a woman—is ignored?

As Greg Forster said in an
article for Public Discourse, “When you boil it down, the only
battle that ultimately counts is between those who think you can decide
the meaning of your own life, and those who think that the meaning of
your life is not something you get to make up for yourself.” Most people
know in their bones that we cannot simply make it up to match our
desires. They have been going along with this game for a long time, and
are beginning to say to themselves: This isn’t just disturbing; it’s
wrong. And it’s got to stop.

Stephen J. Heaney is Associate Professor of Philosophy at the
University of Saint Thomas in Saint Paul, MN.

none More by Stephen J. Heaney