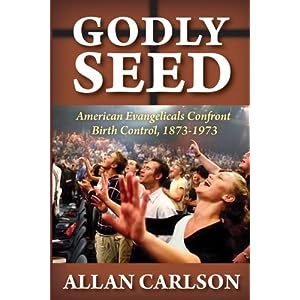 These days, the only time mainline Protestant denominations warrant headlines is when they talk about sex and marriage. Meeting last year in Indianapolis, the General Convention of the Episcopal Church attracted attention from journalists and editors when its bishops approved (by a vote of 111 to 41) the creation of a liturgy for sanctioning same-sex unions. This same body approved a resolution to allow men and women who consider themselves “transgendered” people to be ordained as priests. This action follows the 2009 compromise decision that granted bishops latitude to bless same-sex unions.

Last year’s resolution came six years after the consecration of Gene Robinson, a priest in a long-term same-sex relationship, as bishop of New Hampshire. Meanwhile, at the General Assembly of the Presbyterian Church (USA) in Pittsburgh, commissioners narrowly defeated a proposed constitutional amendment (by a vote of 338 to 308) that would have changed the church’s definition of marriage from one between man and woman to one between “two people.” The PCUSA already allows ministers to bless homosexual unions but prohibits solemnizing civil “marriages” between two individuals of the same sex. This follows the 2011 ratification by the majority of the denomination’s presbyteries of constitutional revisions that allow the ordination of homosexuals as ministers, elders, and deacons.

The embrace of homosexuality by Protestant mainline churches may look to secular Americans as instances of backward believers catching up with the times, but historians could also plausibly correlate the mainline’s declining influence to its moral capitulation. Prior to Roe v. Wade, the largest Protestant denominations still possessed credibility with a broad swath of the American public. Today, evangelical Protestants—who since the early days in the 20th century have been abandoning the mainline to establish independent congregations or rival denominations—carry much more weight with people who report and read the news. Like might, journalism does not make right.

But the intellectual and moral gymnastics necessary to square divorce, adultery, promiscuity, and homosexuality with an ideal of proclaiming the teachings of the Bible are so rigorous that many American Christians have decided not to watch the performance. Which is to say that the sexual revolution of the 1970s, including both a relaxation of taboos on pre- and extra-marital sex and zealotry for gender egalitarianism, fully undid the Protestant mainline.

Many evangelicals knew that the mainline’s credibility was already questionable, a consequence of the modernist-fundamentalist controversy of the 1920s, when under the influence of liberal theology, mainline churches waffled on historic doctrines. But the fall from moral integrity since the 1970s has been so precipitous that the very term mainline has become more of a nostalgic wish than an honest description.

Allan Carlson’s Godly Seed, however, implicitly challenges this standard narrative of mainline decline. The narrative’s defect lies not in the emphasis it puts on sex and marriage. Rather, the defect is in its focus on the changes visible since the 1970s. According to Carlson, the decisive turning point for Protestants on sexual matters came about the time of the debates between modernists and fundamentalists. At the 1930 Lambeth Conference, an international gathering of Anglican leaders, bishops concluded that using birth control to limit or avoid parenthood was compatible with Christian principles. A year later, the Federal Council of Churches (FCC), a Protestant cooperative body in the United States, followed suit by affirming that “careful and restrained use of contraceptives by married people is valid and moral.”

Despite the lead taken by Anglican bishops and ecumenical executives, Protestants remained opposed to contraception and birth control. Northern as well as Southern Presbyterians, Northern Baptists, and Southern Methodists all considered leaving the FCC over its shift. Even so, as Carlson pithily puts it, with the Lambeth Conference’s declaration, “the 1,800 year-old Christian consensus on birth control… ended.”

Carlson’s narrative covers American Protestants since they were the ones to break with the Christian consensus on sex and marriage. In fact, the story goes all the way back to the early Christian church, but only briefly. Carlson establishes that the church fathers, particularly Augustine, believed and taught that the purpose of marriage was procreation. This view prevailed through the medieval era and down to the Protestant Reformation, when leading Protestants such as Martin Luther and John Calvin reaffirmed what the Western church had always taught about marriage and sex, minus the part about marriage as a sacrament.

The Rise and Fall of Anthony Comstock

But the story that Carlson, a life-long Lutheran, tells is how Christian views about procreation and marriage played out among American Protestants. The book’s title calls these Protestants evangelical and Carlson’s definition is more than serviceable; the only problem with the term is that the book also includes mainline Protestants who were, in a sense, “evangelical” before becoming mainline; moreover, the circa-2010 hand-raising Pentecostals captured on the book jacket are hardly representative of conventional evangelicals of a generation ago, whom Carlson also examines. Nonetheless, before the aftermath of the Lambeth Conference, the defining moment for Protestant views on marriage and sex was March 7, 1844, the day that Anthony Comstock was born.

A name regularly snickered at for understandable reasons, Comstock was nevertheless someone, as Carlson demonstrates, who shaped American (not just Protestant) understandings and practices of sex. “The only effective laws suppressing birth control information and devices in American history,” writes Carlson, “were pure products of Evangelical Protestant fervor; nary a single Roman Catholic was involved.”

Comstock effectively masterminded and enforced federal legislation that banned the import, sale, and distribution of contraceptive devices and information. Thanks to his initiatives, 24 states passed laws that banned the possession and use of contraceptives. These laws—not to mention the ethos they nurtured—went into effect in the 1870s and were still in place well after Comstock’s death in 1915, only to be shaken by the rise of sex education and eugenics movements a decade later. According to John T. Noonan, a federal judge and the foremost historian of contraception, “Comstock went further than any Pope or canonist.”

Yet, between Comstock’s death in 1915 and the Lambeth Conference, American Protestants shifted ground on sex—to put it mildly. The seeds of this change were planted in the late-19th century when Anglo-American Protestants who embraced Comstock’s morality also experienced worries about alien peoples and nationalities emigrating to the United States, a country that Protestants believed to be dependent for her success on her Puritan roots. Some fundamentalist Protestants admired Roman Catholic teaching on sexuality and family relations. But the dilution of native Protestants in a sea of European immigration—particularly at a time of declining Protestant birthrates—prodded American church leaders to reconsider birth control. Protestants themselves might need to procreate, but Roman Catholics not so much.

Margaret Sanger, who competes for space and significance in this book with Comstock, exploited Protestant misgivings about immigration and Roman Catholicism to undermine the legal and moral edifice that Comstock had built. As Carlson puts it, Sanger turned birth control from a “perverse act” into a “righteous practice.” That a woman born and reared in a socialist, feminist, and atheist home would want to characterize any activity as “righteous” might seem odd. But it is nonetheless true that Sanger tried to endow birth control with a certain aura of righteousness, especially once she was able to gain support from Protestants who emphatically did identify their causes with the coming of God’s kingdom.

Born in 1879 in Corning, New York, Sanger scored early victories and gained publicity during the 1920s in skirmishes with Roman Catholics on contraception and birth control. But she also solicited support from Protestant ministers through such organizations as the American Eugenics Society. This body in 1925 formed a Committee on Cooperation with Clergymen, a group that included such high-profile ministers or church leaders as the Baptist Harry Emerson Fosdick (arguably the most popular preacher in the United States), Charles Clayton Morrison (editor of The Christian Century), and S. Parkes Cadman (president of the FCC). At a time when a growing number of Americans feared that society would soon be overwhelmed by immigrants and defective persons, the appeal of eugenics was decisive in justifying the mainline Protestant break with almost two millennia of Christian teaching on contraception and birth control.

Carlson’s story does not stop there but extends to the more recent sexual revolution and includes a fascinating chapter on the evangelical Protestants who rallied around their best-known preacher, Billy Graham, another Baptist. The predecessors of evangelicals, the fundamentalists, had generally followed in Comstock’s path and opposed birth control, contraception, and challenges to traditional motherhood. But by the late 1950s, fears about a global population explosion laced with residues of the old anti-Catholicism led evangelical leaders to abandon Comstock. A father of five, Graham personally voiced opposition to Humanae Vitae and said, “I believe in planned parenthood.” And at a 1968 consultation sponsored by the magazine he helped to found, Christianity Today, evangelical leaders endorsed an astonishing set of “affirmations” in favor of population control, contraception, and even abortion. As Carlson claimed, evangelical Protestants had “out-libertined” liberal Protestants.

And yet, some evangelicals voiced doubts about the new libertinism. In the aftermath of Roe v. Wade, editors and authors such as Harold O. J. Brown, Francis Schaeffer, and C. Everett Koop (who later served as Ronald Reagan’s surgeon general) registered objections to the growing Protestant consensus and spoke out effectively against abortion. Many who read the commentaries of these sober critics would also be ones to back away from their hostility to Catholicism and begin to regard Rome as an ally in the culture wars—particularly in defending the sanctity of human life.

Given his general narrative, current demographic trends that Carlson surveys are somewhat surprising. He finds that one reason conservative Protestant churches may be growing more than liberal denominations is that evangelicals have been more fertile. So instead of listening to church leaders who equivocated or embraced birth control, evangelicals continued to do what Christians had always done.

Just as surprising has been the evangelical about-face on Catholicism, a development that Carlson does not pursue. Because of fears of being swamped by Roman Catholics in earlier times, many Protestants embraced the benefits of birth control. However, Protestants had few vehicles for reducing birthrates among Roman Catholics aside from making contraceptives available. But in a climate where Rome still forbade contraception, all Protestants wound up doing was making contraceptives available to their own, which in turn sent Protestant birthrates plummeting.

But after seeing the enormities of legalized abortion, Protestants have taken a second look at Roman Catholics and now, through initiatives such as Evangelicals and Catholics Together, cooperate fully with Rome as an ally. Protestants and Roman Catholics may still not see eye-to-eye upon important theological matters, but Carlson’s book is an effective reminder that sex, marriage, and demographics are more important for Protestant-Catholic relations in the United States than sacraments, relics, or doctrines such as justification by faith alone.

Dr. D.G. Hart, author of more than 20 books on American religion, is visiting professor of history at Hillsdale College. His most recent book is From Billy Graham to Sara Palin: Evangelicals and the Betrayal of American Conservatism (Eerdmans, 2011). This book review has been republished with permission from The Family in America, a MercatorNet partner site.

D.G. Hart is a visiting professor of history at Hillsdale College. After completing his PhD at Johns Hopkins University, he taught at Wheaton College and Westminster Seminary before directing academic... More by D.G. Hart