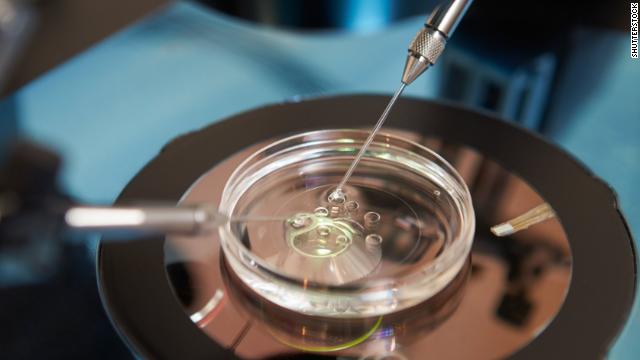 According to media reports, it is now safe to produce three-parent embryos! We are well on the way to providing new treatments for women who have inheritable mitochondrial disorders! We just need the HFEA to issue the first licence to a clinic and soon healthy children will be born, free of disease.

Ok, perhaps that last sentence was slightly over-hyped, but only by the word “soon”, and no more so than the news has been hyped by the scientists and media.

New research from Newcastle University just published in the journal Nature has generated headlines that the creation of three parent embryos is now both safe and effective. The researchers are full of optimism that they have overcome “significant technical and biological challenges” and it will lead to a”normal pregnancy”.

The researchers say that it is now time for the HFEA to decide whether to issue a licence to a clinic, to allow couples affected by mitochondrial disease to use the new technique, pronuclear transfer, to try to have healthy children (albeit no mention of the fact that it is appropriate for only a tiny handful of women).

The media have certainly picked up on the optimistic press release headlines.

To assess whether such optimism is truly justified, we need to read some of the detail and understand the science a bit better. This reveals something rather less optimistic.

Some of the mutated mitochondrial DNA had carried over into the embryos. But only a tiny amount, the researchers emphasise. Less than 2 percent for most of the embryos. Only 4 percent for one embryo. Nevertheless lead scientist Mary Herbert admits in their press release that it: raises the possibility that faulty mitochondrial DNA may persist in some cases. However, the research team is optimistic that the new technique will be effective in reducing the risk of disease in children of affected women.”

How important is this “carry over” of some faulty mitochondria?

This is where it gets a bit more interesting.

Just three weeks ago, the same journal, Nature, published an article on some other three parent embryo research but with a rather different headline and take: “Three-person embryos may fail to vanquish mutant mitochondria”.

Researchers at The New York Stem Cell Foundation Research Institute discovered that in some trials, the “carry-over” of unhealthy mitochondria could dominate the healthy mitochondria, they warned it may increase over time, and thus potentially actually cause one of the diseases the therapy was intended to cure! Which would therefore nullify the technique’s effect.

Unsurprisingly, this problem, the lead researcher says: “would defeat the purpose of doing mitochondrial replacement.”

“If even a small number of mutant mitochondria are retained after the transfer — a common occurrence — they can outcompete healthy mitochondria in a child’s cells and potentially cause the disease the therapy was designed to avoid, experiments suggest.”

So what did Mary Herbert, lead researcher in today’s headlines, make of this other, earlier research?

Interestingly, she is quoted in the older Nature article as saying: “Levels of mutant mitochondria can fluctuate wildly in stem cells. They are peculiar cells, and they seem to be a law unto themselves.”

Herbert’s own research has been promoted by Professor Turnbull, a director at the Wellcome Trust, who says: “The key message is that we have found no evidence that the technique is unsafe.”

It is always enlightening to observe how researchers “sell” their findings to the public. The Newcastle scientists are masters at this, and at playing down the risks and problems. Their abstract says that carry over of abnormal mitochondria “was reduced to <2% in the majority (79%) of PNT blastocysts”.

These percentages may seem small, but read it in the light of the earlier Nature article, where levels of carried-over mitochondrial DNA (mtDNA) jumped from 1.3 percent to 53.2 percent, only to later plummet down to 1 percent. In another set of experiments, the low levels of carried-over mtDNA consistently outcompeted (dominated) the donor mtDNA.

So Herbert is quite right to have said they are a “law unto themselves”. It therefore makes it incredibly hard (if not impossible) to predict what will happen beyond her few-days-old embryos.

In which case, to go beyond “just” doing research on embryos and instead getting a licence to develop actual “treatments” would lead to experimentation with the genetic make-up of living babies and the modification of their germline, which would impact future generations in ways we do not know and cannot predict.

Leaving aside the ethical issues (for now – another blog is brewing) I guess it depends which particular Nature article you want to refer to, (this one or this one), to decide whether you think this technique is safe to use, and whether the hype is justified.

Philippa Taylor is Head of Public Policy at the Christian Medical Fellowship in London. She has an MA in Bioethics from St Mary’s University College and a background in policy work on bioethics and family issues. This article has been republished with permission from the CMF blog.