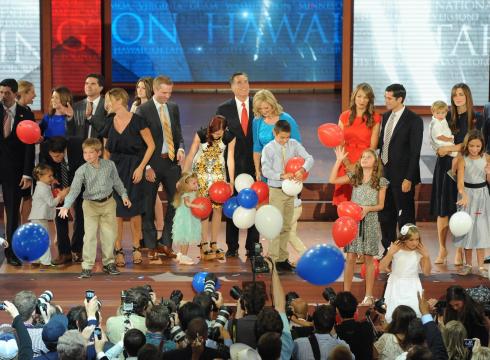 These things used to be a bigger deal, a much bigger deal, and carried more weight and drama than they do now. But they still make for some high drama, some inspiring moments, some revelations, and lots of goofy hats. They are, after all, parties.

This time around, the political parties thrown by the two US political parties wrapped around either side of Labor Day, were shortened to three days from the historical week long events, and attracted less media investment in coverage because people have so many ways to access the information live time and in summary anyway. I don’t know how pollsters estimate viewership, how much of America may have watched, but I tuned in to most of it at the expense of first week action at the US Open Tennis and I’m glad I did. We should hear at least some of the addresses by party leaders and especially the candidates themselves, for vice-president and president. We should see the so-called ‘optics’ each party presents as representing their ideals, and hear the themes and points emphasized.

By many accounts, though I saw it for myself, the Republicans emphasized family, faith, and frankly love. Ann Romney’s speech, which was more like a conversation with a big group of friends, was all about these themes.

Even New Jersey Governor Chris Christie focused on love at one point.

And the greatest lesson that mom ever taught me though was this one.  She told me there would be times in your life when you have to choose between being loved and being respected. Now she said to always pick being respected.  She told me that love without respect was always fleeting, but that respect could grow into real and lasting love.  Now, of course, she was talking about women…

But I have learned over time that it applies just as much to leadership.  In fact, I think that advice applies to America more than ever today.

Family and faith were strong points throughout the keynotes, several from young governors and senators who were the children of hard working immigrants.

Prominent members of the Republican Party highlighted faith and family values as being intrinsic to America’s identity as a nation at the party’s 2012 national convention.

America is unique as a country because it “was founded on the principle that every person has God-given rights” and that people should be free, said Florida Senator Marco Rubio…

He explained that America stands out because it is united as a country “not by a common race or ethnicity,” but “by common values.”

These values include the conviction that “family is the most important institution in society” and that “almighty God is the source of all we have,” he said…

Americans are “a blessed people,” enjoying opportunities beyond those experienced by most nations throughout human history, Rubio said. He contrasted the American experience of freedom with that of Cuba, which his parents left in order to seek a better life in the U.S.

Rubio described the 2012 election as “a choice about what kind of country we want America to be” and whether the nation will apply “the principles of our founding to solve the challenges of our time.”

The biggest one – principle and challenge – is the idea of what should be the proper size and role of government. The two competing visions of that idea are central to this election and everything else being debated. Like the economy.

Which gets to the two props present in the GOP convention arena, one all week and the other briefly passing through on the final night before the much-anticipated speech by Mitt Romney. The passing one got far more media coverage than the enduring one.

It was Clint Eastwood’s empty chair. However one saw that encounter, it’s surprisingly not a first.

As part of yesterday’s showings at the Republican National Convention, famed actor and director Clint Eastwood startled and amused viewers by mock-debating an empty chair, meant to represent President Obama.

Many who saw the scene thought it to be strange and bizarre, let alone unconventional, for a forum that is usually meticulously directed. Delegates on the convention floor, however, loved it.

But it turns out that the history of debating empty chairs is a rich one, stretching back to at least 1924 when Progressive* vice-presidential nominee Burton K. Wheeler took a stab at an invisible President Calvin Coolidge.

Interesting piece. But speaking of a ’meticulously directed’ forum, media strategist Mark McKinnon called the GOP convention a masterpiece, and the Eastwood stunt a smokescreen.

Liberals and the mainstream media are having a field day over Clint Eastwood’s appearance at the Republican National Convention, mocking it ceaselessly on cable. They’re using it just like the storm beforehand—doing whatever it takes to distract from Mitt Romney and the message he wants to convey. But no matter how crazy it drives critics, Clint pumped up the hall, showed people it was OK to poke fun at President Obama—and left ’em laughing in the aisles. No amount of post-game complaint can change the fact that the GOP—and convention organizer Russ Schriefer in particular—put on a hell of a show.

Heart, brains, and courage. It was all there for America to see on stage. And Schriefer was the man behind the curtain. Given the challenges faced by the party and its nominee, he proved to be a true wizard.

Fighting hurricanes of nature and man (Isaac and Todd Akin), not to mention the very difficult and divided factions within the GOP these days, Schriefer managed one of the most successful conventions in memory.

And the nominee did okay, after all. This NBC report sums up well.

Accepting the Republican presidential nomination, Mitt Romney vowed to move America past what he called the “disappointments” of President Barack Obama’s four years in office if elected to the White House in November.

“Today, the time has come for us to put the disappointments of the last four years behind us,” Romney said.

“The time has come to turn the page.”

The nationally televised address, the biggest of Romney’s political career, sought to better introduce him to Americans and erase the low favorable rating from which he suffered before the convention…

“President Obama promised to slow the rise of the oceans and to heal the planet,” Romney said. “My promise – is to help you and your family.”

That simple statement brought the crowd to their feet in a standing ovation.

And as if to preempt Democratic criticism that he was rooting for failure, Romney said he had hoped for just the opposite.

“I wish President Obama had succeeded because I want America to succeed. But his promises gave way to disappointment and division,” Romney said. “This isn’t something we have to accept. Now is the moment when we can do something. With your help we will do something.”

It wasn’t soaring oratory. But it was gracious. Romney is not a politician by nature. He’s a businessman, a successful one, who is strongly rooted in faith and family and ideals of America’s founding principles.

The convention wrapped without much attention given to the presence of the enduring symbol that hung over it all week.

The debt clock. Just as well, it’s nerve-wracking to watch.

The Democrats won’t hang that over their gathering, at least not visibly, and their convention is about to begin.

At least I got some weekend tennis matches in there, in between.