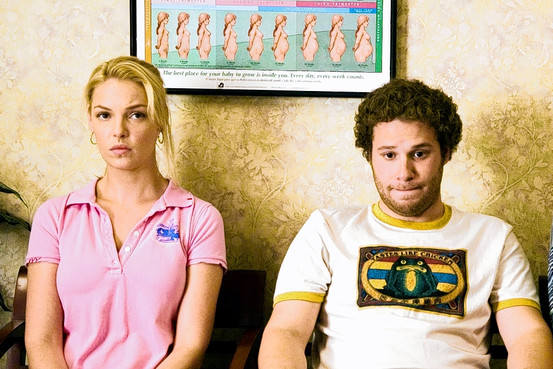 “Where Have the Good Men Gone?” asks the title of a Wall
Street Journal essay adapted from Kay Hymowitz’s new book, Manning Up.

Never mind “good” men — where have all the
men gone? Period. Contemporary western society is overrun with mere “guys”, whom
Ms Hymowitz describes as living in a post-adolescent, but “pre-adulthood” life
phase. Who knew there was such a phase, never mind that a male could spend a
great part of his life there?

In 1970, just 16% of Americans ages 25 to
29 had never been married; today that’s true of an astonishing 55% of the age
group. In the U.S., the mean age at first marriage has been climbing toward 30
(a point past which it has already gone in much of Europe.

Like adolescents in the 20th century,
today’s pre-adults have been wait-listed for adulthood. Marketers and culture
creators help to promote pre-adulthood as a lifestyle. And like adolescence,
pre-adulthood is a class-based social phenomenon, reserved for the relatively
well-to-do. Those who don’t get a four-year college degree are not in a
position to compete for the more satisfying jobs of the knowledge economy.

Does it hurt society if boys never grow up?
Neverland, anyone?

For today’s pre-adults, “what you
do” is almost synonymous with “who you are,” and starting a
family is seldom part of the picture.

But never-ending play is central to the
lifestyle.

Young men were tuning in to cable channels
like Comedy Central, the Cartoon Network and Spike, whose shows reflected the
adolescent male preferences of its targeted male audiences. They watched movies
with overgrown boy actors like Steve Carell, Luke and Owen Wilson, Jim Carrey,
Adam Sandler, Will Farrell and Seth Rogen, cheering their awesome car crashes,
fart jokes, breast and crotch shots, beer pong competitions and other frat-boy
pranks. Americans had always struck foreigners as youthful, even childlike, in
their energy and optimism. But this was too much.

What explains
this puerile shallowness? I see it as an expression of our cultural uncertainty
about the social role of men. It’s been an almost universal rule of
civilization that girls became women simply by reaching physical maturity, but
boys had to pass a test. They needed to demonstrate courage, physical prowess
or mastery of the necessary skills. The goal was to prove their competence as
protectors and providers. Today, however, with women moving ahead in our
advanced economy, husbands and fathers are now optional, and the qualities of
character men once needed to play their roles—fortitude, stoicism, courage,
fidelity—are obsolete, even a little embarrassing.

The question is: who or what makes these
attributes obsolete or embarrassing? Hymowitz cites mainly economic factors,
and specifically, the increased participation (may one say dominance?) of women
in all spheres of public life. Her book is subtitled, How the
Rise of Women has Turned Men into Boys.

I have not read it, but
simply judging from the title I think she should be a little more
specific. I would argue that it is not the rise of women, but of feminism and
feminist principles, which is to blame. Feminism has done society no favours if
it has eradicated real men, substituting in their place a generation of Peter
Pans — in other words, even more “boys” for grown up women to look after.

Adults continued to be those who took over
the primary tasks of the economy and culture. For women, the central task
usually involved the day-to-day rearing of the next generation; for men, it
involved protecting and providing for their wives and children. If you followed
the script, you became an adult, a temporary custodian of the social order
until your own old age and demise.

It’s a matter
of simple justice for women to have political, financial and educational
freedom and equality: but feminism goes well beyond this, to the detriment of
both sexes. Feminism has not only emasculated men, but (ironically) denigrated
women — by attacking marriage and motherhood, and by making sexual license a
keystone of equality and liberation (something our Suffragette foremothers
could never have imagined in their wildest dreams).

One online commenter
on this story thinks it is not the “rise” of women, but rather their collective
moral fall (he terms it ‘easy virtue’) that makes growing up (in the way of
taking responsibility for marriage and family) unappealing for men—er, guys.

Relatively affluent, free of family
responsibilities, and entertained by an array of media devoted to his every
pleasure, the single young man can live in pig heaven—and often does.

The problem is, someone has to be Wendy,
and Wendy eventually gets tired of looking after grungy lost boys.

Women put up with him for a while, but then
in fear and disgust either give up on any idea of a husband and kids or just go
to a sperm bank and get the DNA without the troublesome man. But these rational
choices on the part of women only serve to legitimize men’s attachment to the sand
box. Why should they grow up? No one needs them anyway. There’s nothing they
have to do.

The title of Hymowitz’s book tells them
there is one thing they can do: man up. But perhaps they need good men (those
that still remain) to show them how it’s done. And frankly, some good women
who are worth doing it for.