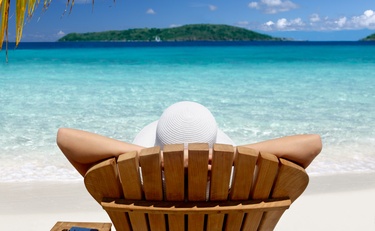 Dear readers, can you believe that it is 2015 already? We at Demography is Destiny hope that you have all had a wonderful Christmas and New Year break. Down here in New Zealand it is the summer break and most people take 2 – 3 weeks off at this time (many offices close which means that their employees have to take their annual leave now). We’ve had some fantastic weather over the last week or so which has been great for the various holiday festivities.

We had a lovely Chirstmas day with Shannon’s family here in Auckland. Thomas enjoyed his first Christmas where he kind of knew what was going on (“Jesus’ birthday!” which means “presents!”) Henry is only six weeks old and so the relaxing break has not really materialised for us this year (babies don’t seem to take a holiday from waking up in the night…who would’ve thought…) However, we are luckly to be able to say that Henry is feeding ery well – he was in the 95th percentile for weight at birth and is still in the 95th percentile for weight now. So we might be looking at a front row forward if he decides to play rugby when he’s older!

We’re looking forward to another interesting and challenging 2015 and will be bringing you blog posts a couple of times a week on demograhic issues from around the globe. I’m sure that immigration will continue to figure prominantly: the rise of a movement challenging the immigration status quo in Germany seems to be gaining media attention in the last couple of weeks.  The low birthrate in Japan will continue to be watched closely as will population control measures from around the world. Until next time then…