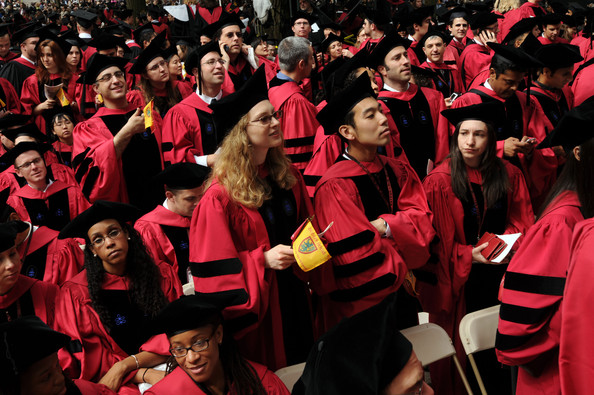 This NY Times piece discusses last month’s first-ever Sex Week at Harvard, a student-run program of lectures, displays and conversations about “all things sexual,” including: how to talk to your doctor about sex; careers in sexual health, the ethics of pornography; sex and religion; kinky practices like bondage; how to “talk dirty”; gay and lesbian sex. “After every event, organizers raffled off vibrators.”

Why are university resources being used in this way, you may ask? Brace yourself: students today feel they are not being adequately prepared for sex.

Despite the busy national debate over contraception and financing for reproductive health, Sex Week…has veered away from politics, emerging instead as a response to concern among students that classroom lessons in sexuality — whether in junior high school or beyond — fall short of preparing them for the experience itself.

Notwithstanding the amusing notion that one’s reproductive health necessarily requires “financing” (No money down, 36-month payment plan on approved credit!), I find it simply incredible that western college “kids” (many of whom cling to the halls of academe well into their thirties) don’t know enough about sex. But this too is explained:

Organizers of these events say that college students today face a confusing reality: At a time when sexuality is more baldly and blatantly on display, young people are, paradoxically, having less sex than in generations past, surveys indicate.

“I think there’s this hook-up culture at Harvard where people assume that everyone’s having sex all the time, and that’s not necessarily true,” said Suzanna Bobadilla, a 21-year-old junior.

To which most parents of college-age students (including myself) might respond: Thank heaven for small mercies.

One event… got participants talking about perceptions that have been built up about casual sex — for instance, the idea that all women are so liberated that they are happy to have sex without commitment […] The event had helped dispel that rumor, Ms. Bobadilla said

Even more important, in my view, is acknowledging that this is not a bad thing. In other words, it’s OK to have (and live) traditional attitudes towards sexuality. But the emphasis, however, seems to be all about choice and diversity, while maintaining a balancing act

…between matters of sexual health and pleasure. Unlike typical student-run college programs in the decades following the discovery of H.I.V./AIDS, the campus events go beyond instruction on safe sex, rape prevention and sexually transmitted diseases to giving advice on how to feel more comfortable and fulfilled sexually, all, at least in theory, in a judgment-free atmosphere that embraces all lifestyles.

Said one student organizer: “I think that what our generation is doing is really trying to address these issues in a way that respects individual experiences and beliefs and identities.”

How nice and inclusive that sounds; one hopes it includes (in a respectful way) perspectives from students who believe that sex is sacred and ought to be reserved for an exclusive life-long commitment. (Waiting for Mr. or Miss Right doesn’t require “financing”, by the way. Just saying.)

Some students at Yale formed a group called Undergraduates for a Better Yale College and began offering an alternative to Sex Week called True Love Week.

“Education does not mean giving everybody every choice they could make,” said Isabel Marin, a member of Undergraduates for a Better Yale College. “It’s giving people the right information on how they should be pursuing relationships and sexual choices. It’s not a buffet.”

The folks promoting “True Love” might be a little closer to solving the mystery of why today’s school (and college) sex-ed programs “fall short” of preparing young people for satisfying sexual relationships. But out of respect for all viewpoints, one is simply not allowed to discuss such things in absolute terms nowadays. It’s become the True Love that Dares not Speak its Name.

Some of us who attended college in decades past managed to grow up, get married, have satisfying marital relationships, raise families and stay together. However did we do it without the benefit of Sex Week?