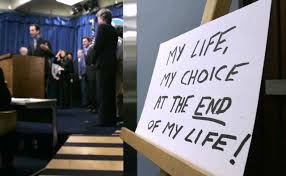 A Hawaii legislative panel Monday unanimously voted down a bill that would have legalised physician-assisted suicide
for the terminally ill, quashing the possibility that it would become
legal this year. The Senate Health Committee dropped the issue after 4.5
hours of testimony intensely opposed to the proposal. Dozens of
car-accident survivors, elderly care providers and disabled Hawaii
residents told state legislators they shouldn’t permit terminally ill,
competent adults to receive medication to end their lives.

Kevin
Inouye gave testimony from his wheelchair about how he contemplated
suicide for five years following a car wreck, saying he would have lied
to doctors to make it happen if it had been legal to do so. “All I
thought about was killing myself. I had no hope,” he said, who wore a
yellow sticker saying, “No doctor prescribed death.” “As soon as my
situation got a little bit better and I learned to live with my
disabilities, I wanted to live again.”

Marcia
Linville, who underwent two hip replacements and couldn’t walk for
eight months, said that she deserves the right to end her life if the
time comes. “As much as I want to live, when the time comes, if I want
to die, that is also my choice — nobody else’s,” she said. ~ CNBC, Feb

For more information on this issue, see the MercatorNet home page: Hawaii Four-0, by Michael Cook