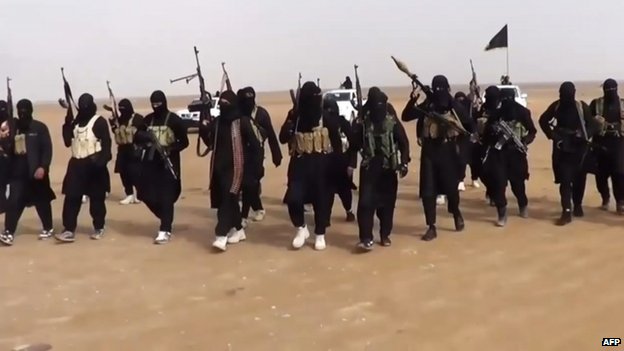 Like much of the world, I find myself reading daily news stories about the Islamic State of Iraq and Syria (ISIS)—also known as the Islamic State of Iraq and Levant (ISIL). This is a militant group that has conquered much of the territory of Syria and Iraq. They have created an Islamic state, or caliphate, run by sharia law. According to news reports, Western youth are heading to Syria to join ISIS attracted by the ideas, the adventure, belonging to a group, or generally feeling disillusioned. It’s not just young people, but also engineers and doctors.

In June ISIS put out a call to recruit military officers, judges, managers, engineers and doctors. The call has met with some success. A Saudi Arabian newspaper noted that a doctor from that country joined ISIS. While reports differ, he either died in a booby-trap or while providing care to injured combatants.

Much of the news about physicians in this part of the world is disturbing and difficult. Physicians, nurses and other health care providers face tough ethical situations.

Is providing medical care to a militant helping a person in need or contributing to the regime? Is performing unnecessary surgeries at gunpoint ethical or not? Should a physician be willing to be killed for his or her actions? If a patient is being whipped, is there an obligation to treat the injuries or to stop the beating even if that puts the provider at risk?

The news reports coming out of ISIS in regards to medical care present all of these ethical challenges. In some reports, hospitals and health care practitioners are being targeted for death, abduction, and arrest. ISIS has declared that physicians who do not report to work will have their property seized and be exiled. Physician autonomy on whom to treat and on whom to use limited resources has been removed. There are reports of medication and blood being taken by soldiers to be used on their own and not on civilians or other patients, no matter their medical need.

Some physicians are refusing to be part of a movement and a regime with which they morally disagree. In one hospital, ISIS militants went into a hospital and killed a rebel patient and abducted another patient. The physicians closed the hospital until the patient was returned.

On the one hand, this resistance can be viewed as bravery and courage—not lending assistance to a regime with which they do not only philosophically disagree but that has also demonstrated a lack of respect for human life. Rather than assist those who perpetrate these actions against the population, the doctors refused to help. On the other hand, patients are vulnerable and are people in need. If a physician can help someone in need, is there not an obligation to do so? Did these physicians abandon patients because of a political disagreement? In war, a physician is supposed to treat all injured, no matter what uniform is worn.

There is also a difference between taking care of injured people and being willing to maim or kill to support a regime. The Republic of Iraq reported to the United Nations that bodies are being found with missing kidneys and organs. Iraq believes that ISIS “is using harvesting as a way to finance its operations.” The same Iraqi report states that a dozen doctors have been executed for refusing to perform organ procurement surgeries. That such procurement is happening at all shows that even though some physicians may refuse to participate, many others agree to participate.

Clearly, taking organs from a healthy person against his or her will is unethical, immoral, and in most places, illegal. Any physician who participates in such activities could potentially be charged with a war crime and is certainly violating medical ethics.

The tough question is whether a physician is required to sacrifice his or her life in order to not commit an unethical act. If the physician’s family or self is threatened with death for not participating, should that ultimate price be paid? If the choice is to sacrifice one’s own life or kill a human being to profit a regime then the answer may be yes. But if the threat is that a physician’s family would be killed, the choice of resistance is more difficult to make. A utilitarian stance would say that harvesting a heart would be acceptable to save an entire family. But a deontological stance would not. Would an action under such circumstances still be a war crime?

The rules for the treatment of women in ISIS are very strict. While women must wear a full veil and must not touch a man to whom they are not married, women are also very protected in Islamic tradition. A story from India tells of 46 nurses who were taken from their clinic and held. The odd part of this tale is that the nurses say they were treated well and with great respect. They were permitted to call home and felt that the ISIS individuals were protecting them from the chaos.

In a world where obedience is a key value, disagreeing with one’s physician can be dangerous to personal health. One report states a patient argued with a physician. “The next day, militants brought the patients to the hospital lobby, where they whipped him and forced him to apologize to the physician.” That certainly is a stronger repercussion from noncompliance than most patients are used to. And how should a physician have responded? Treat the patient’s injuries after the beating? Interfered with the whipping even though that would put his or her life in danger?

In general, physicians and nurses should not be involved in torture or in injuring others (non-maleficence). Also, physicians should provide treatment to people in need (beneficence) no matter their role in the conflict. These rules become murky though, when a gun is being held to a doctor’s head during surgery. Or when a surgeon’s family is being threatened if a procedure is not done. The health care workers do not have the luxury of calling for an ethics consult. In some cases, they can talk to their colleagues but in other case, they cannot. It can be hard to follow your ethics when a gun is to your head.

These are extraordinary times in this part of the world and perhaps my analysis done from a Western bioethics perspective is not fair. In that regard, I may be guilty of Fox & Swazey’s charge that bioethics has simply been exported to other nations instead of drawing an ethics from their own cultures, philosophies, and theologies. After all, there is a millennial long history of Islamic medical ethics that predates Europe.

In the 9th century, the Islamic philosopher-physician al-Razi wrote, “The doctor’s aim is to do good, even to our enemies, so much more to our friends, and my profession forbids us to do harm to our kindred, as it is instituted for the benefit and welfare of the human race, and God imposed on physicians the oath not to compose mortiferous remedies.” Then again, perhaps our views are not so different.

* Please note that these cases are based on media accounts and have not been independently verified.

Professor Craig Klugman is a bioethicist and medical anthropologist who is chair of the Department of Health Sciences at DePaul University in Chicago. This article was first published in the blog of the American Journal of Bioethics and has been republished with permission.

Craig Klugman, PhD, is a bioethicist and medical anthropologist who is professor and chair of the Department of Health Sciences at DePaul University in Chicago. In 2001, he earned his doctorate in Medical... More by Craig Klugman