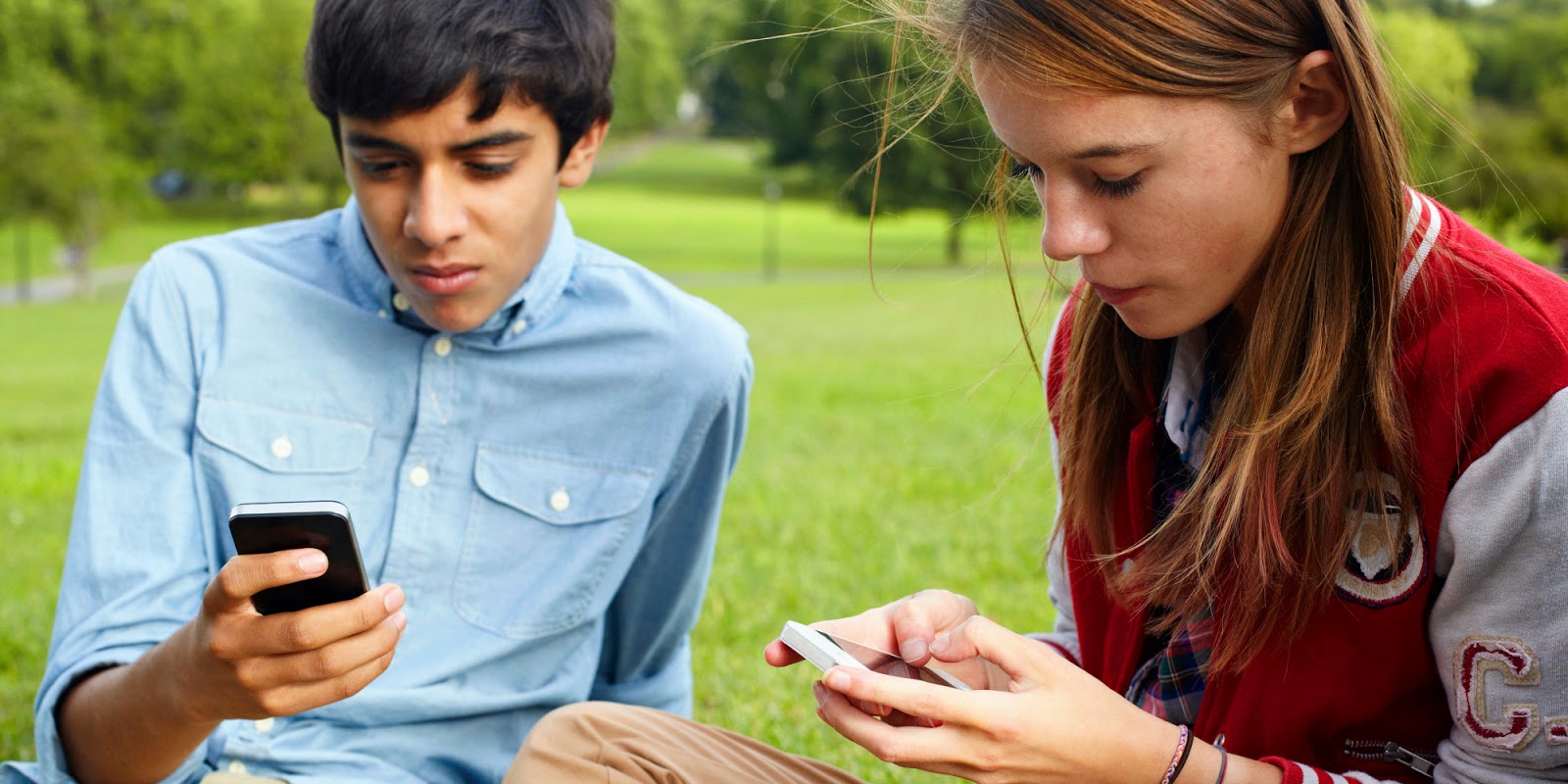 In Popular Mechanics (December/January), Jacqueline Detwiler profiles teens at an Indianapolis high school who might well think so… certainly for a while at least.

Chromebooks were given to all the students for the year. Introducing a teen born in 1997 (Google took off in 2000), Detwiler writes that, whether he knows it or not,

he is part of the first generation of human beings who never really lived before the whole world was connected by pocket-sized electronic devices. These kids might never read a map or stop at a gas station to ask directions, nor have they ever seen their parents do so. They will never need to remember anyone’s phone number. Their late-night dorm-room arguments over whether Peyton or Eli Manning won more Super Bowl MVPs will never go unsettled for more than a few seconds. They may never have to buy a flashlight.

On the Promethean board, the day’s announcements play, including a news segment on a London School of Economics study. The anchor begins: “Test scores increase by more than 6 percent at schools that ban smartphones …” At this the students in Japanese III—absorbed in private computational fiddling, phones out on their desks like pencil cases—let forth a chorus of snorts.

One can understand why. The statistic is likely an accurate reflection. Similarly, students who follow the training diet and avoid drugs are better athletes. But changing a lifestyle in order to excel has always been a minority choice.

Note: Some research has suggested that teens without smartphones are at a disadvantage, compared to others, but the research was done on low income teens who could not afford one (hardly a valid comparison with those who choose to limit their involvement in order to achieve other goals).

For the majority, life online has shrunk the perceived distance between idols and fans. Fan groups feel part of the band. (Actually, they might not know if the band was a giant algorithm, but that is another story.)

More significantly, Detwiler observed, students interact mainly with online companions (who may or may not exist) who share their interests, rather than with others nearby:

There will be no I Love the 2010s version of the VH1 series I Love the ’80s because there won’t be enough nostalgia for communal culture to make such a thing worthwhile.

This trend significantly reduces one’s ability to read the body language of others.

It also leads to reduced types of learning. For one thing, in a natural human community one interacts with people of different ages, interests, and walks in life, not only with groups of one’s choosing. One learns from the experiences. And increasing numbers of young people don’t know much simply because they don’t interact enough with people outside their chosen comfort zone.

This overall trend to life online may have political implications. Many of us only participate in solving local problems because we cannot escape them. Our future may include a world where everything offline is falling apart. Government then becomes increasingly intrusive and authoritarian in order to address problems that would not even be referred to authorities in a more participatory culture.

It’s early days yet, but these are surely trends to watch.

See also: How many kids have smartphones? And what difference does it make?

Can smartphones make children borderline autistic? What about teens? Living online may mean that social cues, skills, and smarts deteriorate.

Smartphone? Should we call it the dumbphone instead? Maybe, if we go by some recent studies

Participant (below): “People don’t see technology as tools any more; they see them as friends.” Then those people are sadly mistaken, son. Technologies are tools, period.