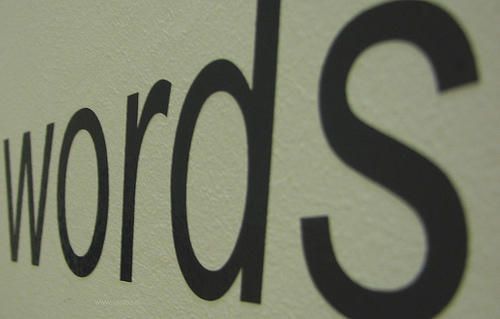 According to the United States Centre for Disease Control (CDC), as of 2009, men who have sex with men (MSM) accounted for approximately 2 percent of the US population, but 56 percent of people living with HIV. This same demographic suffered 61 percent of all new HIV infections that year.

The CDC uses the concept of MSM because actions speak louder than words: actual behaviour is a better predictor of disease risk than self-identification. But even though actions speak louder than words, words are much easier to interpret. In fact, words are too easy to interpret, and in our contemporary verbal glut we are at risk of losing touch with the meaning embodied in real actions and real objects.

Here’s the problem: the CDC uses the term “MSM”, and we discover to our surprise that we don’t really know how to interpret such a concept. If only they’d said “gay men”, we could all slide neatly into our prejudices. MSM is a fact; “homosexuality” is an idea, an interpretation, an ideology, a historical movement, and a rallying point in the culture war. Does MSM equal homosexuality? Some would answer “yes”, others “no”, and thus we are back in the realm of interpretation.

If we are going to be intellectually honest, we should try to capture the truth beneath mere interpretation and prejudice. But escaping from an established framework is hard work. Some people frame the debate over same-sex marriage as an attack on traditional values by a gay lobby intent on normalising and gaining public affirmation for their lifestyle choices. Other people frame the debate as a homophobic bulldozer of religious conviction crushing the basic human rights of a long-victimised minority.

How can we reach the truth? In part, by paying close attention to the words we use. The “traditional values” group rejects the word “homophobia”, or applies it only in the most narrow circumstances to instances of violent thuggery or of actual mental illness. In contrast the “victimised minority” group defines homophobia very broadly, arguing that since there are no rational grounds for negative appraisal of sexual orientations, any criticism of homosexuality must be derived from irrational prejudices or emotional responses.

Whether we equate MSM to homosexuality or not; whether we define homophobia narrowly or broadly; all too often we are dealing with judgements, interpretations, and labels, not reality. This is dangerous territory for serious thinkers, where everyday language is so loaded with advocacy and emotion we may be better off not using it at all.

How should we describe or interpret the savagery of people who physically, verbally, and psychologically abuse innocent people because of their sexual identity or orientation? Most people interpret such actions as homophobia. Yet the same label is pinned on a person who simply believes it is not good for men to have sex with men, or even to one who believes, despite his own sympathies, that marriage should not be redefined to include same-sex couples.

The power of that one word, homophobia, has been a significant feature of the same-sex marriage debate. Homophobia, the term, was invented in the 1960s by psychologist Dr George Weinberg to challenge the prevailing view that homosexuality was a psychological disorder. Weinberg effectively turned the tables on the prevailing view, alleging through his medically-inspired term that hostility to homosexuality was itself a psycho-social problem.

In a 1971 essay appropriately entitled “Words for the New Culture,” Weinberg defined homophobia as: “the dread of being in close quarters with homosexuals—and in the case of homosexuals themselves, self-loathing.” Despite the “phobia” label suggestive of mental illness, Weinberg seemed to conflate the term with mere prejudice, thereby adding to the complexity of the homophobia concept:

“The phobia in operation is a prejudice, and this means we can widen our understanding by considering the phobia from the point of view of its being a prejudice and then uncovering its motives “

Tracing the history of “homophobia”, Professor Gregory Herek has argued that despite its limitations, the invention of the word was a “milestone” in the public debate. Herek’s analysis identifies two important functions for the term. On the one hand the term:

“stood a central assumption of heterosexual society on its head by locating the ‘problem’ of homosexuality not in homosexual people, but in heterosexuals who were intolerant of gay men and lesbians.”

“crystallized the experiences of rejection, hostility, and invisibility that homosexual men and women in mid-20th century North America had experienced throughout their lives.”

This one term has the power to represent the suffering of men and women with same-sex attraction, both to themselves as individuals and to the community at large. Putting a label on prejudice and ill-treatment empowers the victim to identify and speak out against such behaviour.

But is it really fair to apply the same term to people who merely have different beliefs about the nature and morality of homosexuality? The implication is that anyone who reaches a conclusion that conflicts with the established view of homosexuality may be guilty – even in the most remote degrees – of contributing to a climate in which prejudice, violence, hostility and rejection are encouraged.

Even to critique the use of the term homophobia is potentially homophobic, because it implicitly disempowers use of the homophobia label to describe and identify instances of prejudice and ill-treatment. Criticising homophobia may be likened to criticising the concepts of racism or sexism.

The broad sweep of the homophobia pejorative also makes it harder for ordinary people to distance themselves from the truly prejudiced. Wielding the term without nuance means that genuine cranks and violent thugs are lumped into the same category as people who simply believe, for example, that it is not good for men to have sex with men. Not only is the generalisation unfair to dispassionate people who would never dream of assaulting, ridiculing, or otherwise ill-treating another human being, but the implication that we must take-sides in this cultural battle risks becoming a self-fulfilling prophecy. The presumption of ill-will prevents us separating legitimate ethical and philosophical questions from vicious attitudes and actions. Or, to put it in practical terms: as the public debate intensifies, there is an increased risk of dispassionate thinkers becoming unwittingly aligned with truly malicious people.

I’d like to propose a radical solution to this mess. Let’s scrap the labels. Let’s return the facts.

What is “homosexuality” after all, but a made-up word some hundred or so years old, created for the express purpose of making reality easier to talk about, easier to interpret, and easier to spin to one’s own advantage. Leave the term for the interested parties to fight over. It is only useful as an indicator of something real. When it distorts and confuses more than it conveys, there is nothing for a dispassionate thinker to gain from its use.

Let us take a hint from the CDC and use our words to match the realities we wish to describe. If we want to talk about men who have sex with men, we should prefer this clumsy accuracy over the convenient confusion of “homosexual”. If we want to talk about women who are sexually attracted to women, we should describe it in these terms. If we want to refer to the cruel, petty, malicious people who would taunt, abuse, and assault an innocent person for any excuse, then we can describe them in their full inglorious detail.

This is surely the best way to avoid the tribal affiliations and interpretive milieus surrounding this issue, which have now taken on a life and an impetus of their own. The simple discipline of sticking to clear terms with clear meaning based on real things can save us from the confused and emotionally charged battle over other people’s interpretations of reality.

We have reached a point where terminology points more toward personal identities, socio-political agendas, and the manipulation of culture than to real actions and objects. It may be easier to start from scratch than to try to make overloaded concepts like homosexuality and homophobia fit into a sensible and nuanced worldview.

This isn’t just a trick to avoid getting into arguments with people – it’s a means of escaping a damaging and misleading set of interpretations that make a sound grasp of reality difficult to accomplish.

Zac Alstin is a freelance writer and works part-time at the Southern Cross Bioethics Institute in Adelaide, South Australia.