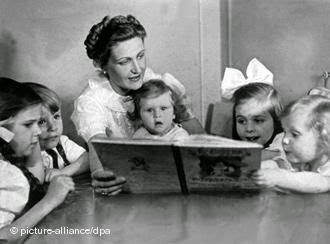 We recently discussed a study published in the journal Demography which headlined that people’s happiness decreases significantly after their first child.  A depressing headline, to say the least. The study was undertaken among German parents who commonly stop at one child as a result of the apparent decrease in happiness they experience, despite most people previously stating that they would like more.  Are there culturally specific factors contributing to Germany’s low fertility rate that the rest of us might learn from?  In Germany the total fertility rate has been below 1.5 children per woman for over thirty years. The German government spends $265 billion per year on family subsidies. However, even that doesn’t seem to have had an impact on fertility rates.

The Institute of Family Studies, based in Virginia, also recently discussed the study findings and raises the following further points:

–      The respondents’ definition of life satisfaction seems highly personal and subjective. The results recall the words of renowned Viennese-Jewish psychiatrist Viktor Frankl, who noted that “It is the very pursuit of happiness that thwarts happiness.”

–      Dresden-based journalist Sonya Winterberg, a married mother of two who has parented in the United States, Finland, and now Germany, describes Germany as a “somewhat hostile” place to raise a family. She tweeted: “[Germans] in general are more private and reserved so play dates etc are just not as easy to come by… Many are just not as comfortable having kids here. It’s not considered “natural,” but rather a big “production.” A friendly, happy outlook on life is what I miss here most.“

I don’t have any experience of Germany to know how valid this comment is and whether it might influence fertility rates there.  However, I certainly do know that the support of other mothers and shared experiences can make life much easier for mothers of young children.  I often wonder if a greatly reduced community of mothers due to so many children now attending daycare while their mothers work (and the need to be balancing career and jobs for those mothers that do work) affects the number of children people are willing to have.

–      Winterberg further notes that childbearing is a sacrifice for many German women because society discourages men from taking parental leave and women who want to return to work are shamed as “‘bad mothers’ not having their priorities sorted out.” This finding could also mean that women who choose to stay at home need to be better supported and made to feel worthwhile, rather than the increasing emphasis on career at all costs.  Parents also need to feel that employers recognise the importance of the role of a mother or a father in society when balancing work as well.

–      Berlin-based professional Dagmar Schmidt, who is not a parent, considers that women’s career opportunities, as well as relationship instability, are key drivers of low fertility. Interestingly, she also commented that:

I believe that my generation still carries some of the issues of the post-WW2 aftermath of our parents’ generation. This suppressed shame and guilt and somehow “lost” sense of belonging was our meta-narrative. It is unusual that so many of us do not have children, or if they do, only one child (often later in life).

If this is indeed a factor it is a sad one that is specific to Germany, and perhaps other people with a lack of sense of belonging for some reason, such as displacement. The Institute of Family Studies further comments in its discussion of the study:

Author Wendy Shalit, who famously celebrated the traditional lifestyle in her book A Return to Modesty: Discovering the Lost Virtue, emailed:

Someone who decides that having kids is too upsetting to their inner harmony—well, their life might certainly be less demanding. But ultimately happier? I’m not buying it. If you’ve ever pushed to the limit of your abilities, you know that the pain is also the joy; it’s flexing those muscles you don’t yet have and developing your hidden ability to be more versatile, more giving and ultimately, to have an expanded view of happiness.

Institute for Family Studies senior fellow W. Bradford Wilcox has found that among American parents, “the relationship between family size and marital happiness is not linear, but curvilinear… The happiest husbands and wives among today’s young couples are those with no children and those with four or more children.” Religious faith, social support, and a sense of purpose are central to those parents’ sense of contentment in their marriage.

Considering that Germany has the world’s fifth–largest economy, one might expect it to rank higher than 26th in a survey of world happiness, rather than falling behind Oman and Venezuela. Young Germans may be haunted by their past, or like other young Westerners, they may be chasing career success and more casual relationships, presuming happiness will follow. But one has to wonder, would Germans be happier if they re-embraced faith, family, and community? Parenthood makes life meaningful, and for many people, that’s another way of saying they’ve embraced long-term happiness.

What other societal factors are making mothers less happy to have children in so many countries around the world?  Are we just forgetting to embrace long-term happiness rather than the short-term pleasure, a nicer car and travel, or are there other factors involved.  The pressure to balance a career they have trained for for many years is certainly a new pressure for women in comparison to what our grandmothers felt was a purposeful life.  The need to achieve a balance between career and children seems to have been a big factor in the German study as to why fertility rates are so low.