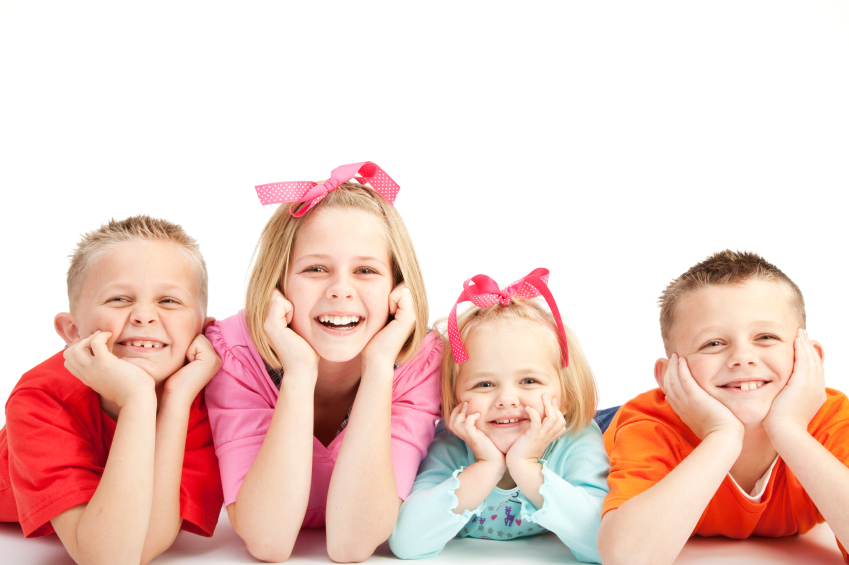 My husband and I are millionaires. Or at least we ought to be. According to a recent New York Times article The Cost, in Dollars, of Raising a Child “would run close to $2 million by the time it was all over.” So, with five children in the nest, we must either be extravagantly wealthy or utterly broke. That’s according to the Times.

In her article, Nadia Taha calculates the price of raising one child in an up-scale New York neighborhood. Claiming to be “conservative” in her calculations she uses a recent US Department of Agriculture report and adjusts it to the cost of daycare and housing in her location. She adds in the cost of health insurance and half the projected price of college at a four-year university.

All of this seems reasonable, until she starts including the cost of paying for the living expenses of her imaginary adult child from the age of 18 to 25. Then she throws in the money she will spend on theoretical grandchildren (Why this counts towards the cost of raising one’s child, I don’t know). Begrudging the fact that her male counterparts will make a higher salary, Ms Taha goes on to factor in the losses she would suffer as a working mother due to maternity leave and the motherhood wage gap — a whopping $700,000. All these considered, she writes:

…if we were to have a child and do what most other parents do by trying to give this new little life the very best start possible, it would probably cost us $1.8 million including everything I mentioned above.

In an accompanying essay Ms Taha informs us that she and her husband are disinclined to have children anyway (“Some people have a profound emotional desire to have children. But I don’t. … My husband … worries that creating more human lives strains an already overtaxed planet.”) so her enormous estimate of the cost could only confirm their doubts about parenthood.

I began to think about how much it was costing my husband and I to raise our children, and how much it would cost us to send them to college. And then I decided to ask more experienced parents if they had calculated the cost of raising their kids, and how were they able to afford sending their children to college, particularly on one moderate income.

They were uniformly dismayed at the idea of counting the cost of a child. Said one: “(Taha) almost suggests that there could be some maximum cutoff amount that is worth giving up in exchange for a child.” And another, “Children were never intended to be evaluated on their cost.”

But what I realized, as the emails came flying in, is that we have forgotten what children really need and that there is danger, grave danger, in being so calculating about having children.

What do children really need?

Thankfully, the number one answer to that question is something you can’t put a price tag on: children need to experience and be secure in the knowledge of their parents’ enduring and unconditional love for them. To grow into mature, competent and nurturing adults, children need their parents’ time, presence, and love. First, foremost and above all else. In this respect, children with poor parents who give them ample quality time are wealthier than children with rich parents who are excessively busy.

Of course, parents need to be fiscally responsible and financially savvy. But there is a huge difference between being financially responsible and having an elitist attitude toward parenting. If I can’t afford to give my potential child everything I want him to have, then I won’t have a child. This is as juvenile as saying, If my son can’t play in the big leagues, he won’t play baseball. Or, If my daughter can’t get into Harvard, I won’t send her to college. We all want to give our children the best, and we all do our best to give them the best. But in the end, we give them what we can, and that is the cost of raising our children.

This cost varies widely from family to family, as we see in the USDA report: The amount spent on a child by families in the highest income group, on average, was more than twice the amount spent by families in the lowest income group. A child born last year to someone in the lowest income group would cost $212,370 over 17 years, compared to $490,830 for highest earners. Keep in mind, these are average numbers, so there are families raising children on even less than the $212k projection.

In the lowest income figures we would have to allow for the effect of unwed motherhood and divorce, which are major factors in family poverty, but that is another kind of story about thinking ahead and counting the cost for everyone involved. The best thing a couple can do for their children is to conceive them within marriage and then to stay married. We don’t need to, and we ought not give them everything on a silver platter.

The cost of counting the cost

One mother wrote to me: Let’s consider some other costs. What is the cost of an education that teaches personal success and financial greed are the most important things? What is the societal cost of not having children due to financial greed? And, what are the moral costs of treating children like commodities that are to be evaluated by their dollar value?

The first cost is personal: it makes us selfish. Nadia Taha in her essay tries to evade this by suggesting that people who have children do so for self-centered rather than child-centered reasons, and by claiming for herself and her spouse partly altruistic motives. But when we look at the countries where the cost of babies to the national economy — if not the planet — has been set too high, we see disastrous effects.

As a result of population control policies in India and China millions of abortions are performed annually, more or less under duress, and sex-selective abortions are rampant. Why are they killing so many unborn baby girls? Because in those cultures, girls are more expensive to raise and less valued as adults. Look at the aging populations of France, Russia, and Germany, where the governments are trying to incentivize couples to have children. Look at Singapore, where elder statesman Lee Kuan Yew has recently mourned the fact that “there’ll be no original citizens left to form the majority” if the indigenous population does not open itself to procreation. “Anyone can look at Japan right now and see what it has cost them to be so sterile,” writes one of my respondents. “Old people with robot babies, not real grandchildren to cuddle, and that is becoming the least of their problems.”

“Since people began looking at this in the selfish light of what ‘this’ will cost ‘me’,” says Angie, “the value and appreciation of life has turned to death. Abortion, suicide, euthanasia, physical and emotional abuse…”

It’s the value of children that counts!

But let’s look at the brighter side. Not one of the mothers who responded had calculated the cost of raising their children. Not because they are irresponsible, but because they know that the value of their children surpasses any cost they can possibly incur. And their value does not lie in the hope that maybe they will take care of us when we’re old, or that they will pay for our social security. Again, that would be objectifying them. Their immense value lies in the simple fact that they are our children, and we love them so much that they make us grow in love even more.

“As we focus our attention on meeting the needs of a helpless and vulnerable child, as we change dirty diapers and reorder our priorities we gain something that even $2mil can’t buy,” writes Teri York. Second to God, nothing impels us to goodness, joy, virtue and sacrifice more than our children. You see it in the tender way a father cradles his newborn daughter. You see it when a weary mother reads her child just one more bedtime story. You see it in the heroic sacrifices of immigrants who strive to give their children a better life. Of course, our kids drive us crazy at times. And yes, they will break our hearts. But it is our children who make us better parents and better citizens, and that makes for a better world.

The gift of siblings

If you really want to do what’s best for your children, stay married, give them siblings, and teach them to love each other. There is nothing more valuable you can give to your child than siblings with whom to play, grow, and develop life-long bonds. There is no toy more fun than siblings, and nothing dispels boredom and loneliness so well as a room full of brothers and sisters. Just as children make parents better people, so do siblings teach each other to be more responsible, patient, self-less, and compassionate. A college education might make your child smart and land him a job. But siblings, by their very nature, increase a child’s capacity to love, and thus his capacity for happiness. I see this in my own family and in the families of others who so generously and courageously remain open to the gift of life. And the indescribable joy that comes from it is priceless.

So we don’t count the cost, because love doesn’t count the cost. Love gives all. We may count and budget our expenses, as responsible parents do, but only in order to make better use of our money for the good of the children. My husband and I are not millionaires. In fact, sometimes I feel like the old woman who lived in a shoe. But our wealth lies in what money cannot buy: our lives are full of purpose, hope, laughter and love. Thanks be to God for our infinitely precious children.

Mary Cooney lives in Maryland. She adds, “Many thanks to the members of MARCH, AARCH, and OLF Co-op for their thoughts, insights, and words of wisdom.”