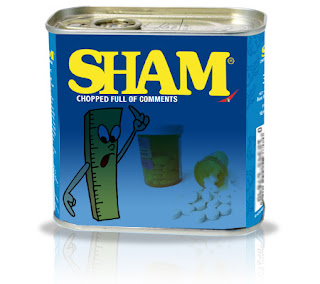 The UK
lobby group Dignity in Dying (formerly the Voluntary Euthanasia
Society) has been very quiet lately but it appears it is now attempting
to build momentum for its next attempt to change the law to allow
so-called ‘assisted dying’ (a euphemism for euthanasia and assisted
suicide).

This will not be an easy task. Three attempts to
change the law in Britain over the last six years have been singularly
unsuccessful resulting in defeats of 148-100 (Joffe Bill), 194-141
(Falconer amendment) and 85-16 (Macdonald Bill) in 2006, 2009 and 2010
respectively. In fact opposition is building all over the world with
euthanasia bills being defeated in Canada, Australia, the US, Israel and France all in the last twelve months.

DID’s latest attempt to influence decision-makers has centred around a private consultation called the ‘Commission on Assisted Dying’
which it set up last November to consider ‘what system, if any, should
exist to allow people to be helped to die and whether changes in the law
should be introduced’.

The commission has said it will take
oral and written ‘evidence’ throughout the year and produce a report in
the autumn. DID’s hope is that the conclusions, when published, might
influence parliament.

The consultation has already, however, received a lot of bad press from critics who see it as unnecessary, unbalanced and lacking in transparency. In fact of the first eleven expert witnesses invited to give evidence six have declined to do so. One has called it a sham. As a result it is rapidly losing all credibility.

The
commission, which was ‘suggested’ by DID is being chaired by Lord
Falconer, an active proponent of legalising assisted suicide, and at
least eight of its twelve members share his views. Furthermore it is being financed by Terry Pratchett, one of DID’s own trustees.

Now it appears that DID is lobbying its own membership to give ‘evidence’ to its own commission.

In a letter to supporters on 2 March, Policy Support Officer Anna Boehm, writes:

‘The
Commission would like to hear your views and has devised a 15-part
questionnaire which you can complete online or download from the
Commission’s website…The Commission will also accept submissions in the
form of letters, reports or videos – all of which should be submitted
via the website or by email…Please send in your views as a supporter of
assisted dying.’

Boehm is apparently is concerned that opponents of a change in the law might somehow influence the outcome:

‘public
consultations on the subject in the past have been grossly skewed by a
very vocal minority who oppose any change to the law’.


I don’t think she need worry too much.

Judging by the response so far there has been very little interest.

Only 60 written submissions have been posted on the website in the first four months and most of them come from people who share her views.

Furthermore,
the composition of the commission itself, and the fact that it is being
financed, chaired and manned by members of her own group, will
guarantee that it comes up with the conclusions she desires regardless
of what evidence is put before it.

The real question is whether anyone will take any notice.

DID
has failed to effect a change in the law to allow euthanasia and
assisted suicide because it has failed to convince parliamentarians and
decision-makers in the country’s major institutions that such a move
would not endanger the lives of vulnerable people by putting them under
pressure to end their lives.

These people will not change their
opinion just because a pressure group proposes, funds, fronts and runs
an inquiry and then encourages its own subscribers to tell it what it
wants to hear.

Dr Peter Saunders is a former general surgeon and CEO of Christian Medical Fellowship,
a UK-based organisation with 4,500 UK doctors and 1,000 medical students
as
members. This article has been cross-posted from his blog, Christian Medical Comment.