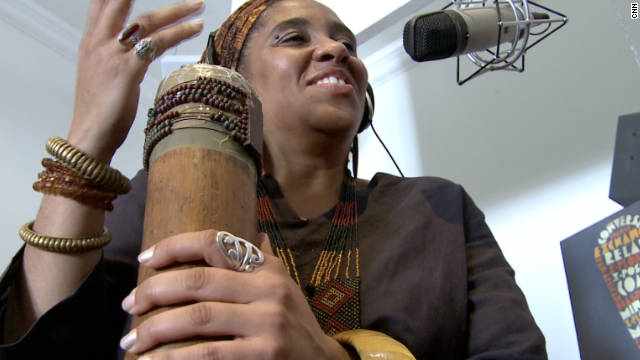 Everyone loves a good story. Stories fascinate, edify and humanize us; they give us role-models and prisms through which we can interpret the world. Well, the storytelling tradition is still alive and well in Africa. Proof is that even in our digitized and culturally fragmenting age, there are millions if not billions of stories making their rounds on social media, blogs, vlogs and other file sharing sites. A case in point is the 2011, African continent-wide digital storytelling contest on YouTube, entitled “I am Africa, this is My Story…” was launched by Chrysalis Campaign and sponsored by UNESCO. Then there is the Storymoja, a venture formed by a handful of writers who are committed to fostering and celebrating East African writing in the form of short stories, poetry etc. and let us to forget the numerous and memorable TED talks on Africa.

Given that so many would like to make their voices heard, I too thought I should make my small contribution to this storytelling tradition. Ultimately, every story represents a certain vision or picture of reality. If the question “What is Africa for you?” were posed to me, the picture I would paint of Africa would look something like this:

Hadithi hadithi? In a typical Swahili homestead, these are the formulaic words that a storyteller uses to invite his audience to listen to his story. The eager audience (usually children), whose ears are always propped up like antennae for a good story, reply to this invitation by saying, Hadithi Njoo!

Hadithi, Hadithi literally means “Story, Story” whereas Hadithi Njoo means “Story Come”! Once granted this “leave to speak”, the storyteller would transport his audience to distant lands with the following or similar words of introduction: Hapo zamani za kale … which means something close to, “Once upon a time …”

To begin with, Africa can be compared to a beautiful multicoloured tapestry. I see every person’s life as a storyline that weaves in and out of other people’s life like the crisscrossing threads of a tapestry. Every good story has a plot, characters and a context (historical, geographical …) just like every realistic picture has a theme, figures and perspective. If one were then to ask me; “And what theme or image does your African tapestry evoke”, I would answer that, at the present moment in history, I think that the picture that is emerging from the African tapestry I’ve spoken about is that of a tree – a baobab tree to be precise. The baobab is that majestic and perennial African tree that can even grow in the desert because its roots penetrate to the heart of the earth, as it were. My story of Africa would therefore start with words close to these. Hapo zamani za kale … A long, long time ago – actually at the beginning of time – there was a great garden and in this garden, the primordial sower planted a variety of trees, each destined to bear its proper fruit in due season. One of the trees he planted …

I’m convinced that one of the main reasons that most stories that are told of Africa are so one-sided, so stereotyped and so biased is the tragic compartmentalization of existence of modern society. By this I mean for instance that; many “experts” in abstract intellectual studies, know little about the fine arts; many journalists know no science; most scientists, no history and most artists, or, for that matter, most people in general, nothing of the need to root themselves in the permanent things. Almost no one can place his field of study or his daily actions within an historical context. When novelist Chimamanda Adichie spoke of the dangers of a single story in her 2009 TED talk she refers to this very reality.

Moreover, I often think that in the modern age, we have become so specialized that we have lost the simplicity of the native to see the bigger picture. And this is why I find that I am profoundly delighted with the imagery of the baobab tree. The baobabs deep roots and stout branches remind me of the congruity of so many things which are often kept separate; among them youth and old age, progress and conservatism, change and commitment, religion and ordinary life. We cannot afford to separate life from work from art from music from literature from culture from philosophy from religion – they interpenetrate and weave into each other as do the colours of an African tapestry or painting. As it is, we in Africa, and especially those who are young, are caught between many false dichotomies. We are like rootless branches and we have forgotten the common stock from which we sprung. We are detached from the roots that alone will connect us to the wellspring of life. We have become so steeped in the culture of the modern West that we have absorbed into our fiber a compartmentalized and secular worldview foreign to our African soil; a worldview that tempts us to separate religion from ordinary life.

Together with mwalimu Julius Nyerere, I will shout from every rooftop, letting the winds carry my voice to the four corners of the world, that in order to progress, we in Africa neither look East (with their suffocating communism) nor West (with their soulless secularism). We look forward! Unlike Nyerere however, I will add that, we also look backwards; for how shall we know where we are going if we do not know where we came from? We look backwards, not in an empty nostalgic manner but positively, striving for the good which we can uncover only if we enlist the help of the community and the tradition from whence we hail. Part of the solution to this compartmentalization of existence is precisely then, this urgent recovery of a wholesome, sapiential vision of reality – an all encompassing openness that looks towards the East as well as the West; North as well as the South; past as well as future. A vision that in the contemporary age can be greatly enhanced by prudent use of the tools and resources offered by modern technology – especially the resources of the (so fittingly named) World Wide Web. A vision finally, that we can nurture thanks to the unique vantage point afforded us by our majestic African baobab “tree-house”.

There really shouldn’t be any conflict between progress and conservatism just as there is no conflict between the new branches emerging from a tree and its trunk. There needn’t be any tension between the old and the young just as there is no conflict between a dying tree and the fresh saplings it engenders. If the young can perceive that the same life ebbing away in the perennial wisdom of the elderly is the same life flowing in their fresh idealism, they will continue dancing to the rhythm of life that pulsates in the hearts of the simple. Conversely, if the elderly discern in the impetuous energy of their offspring, the savoury fruit of their toil, they will breathe their last with a smile on their lips and a sweet aftertaste on their tongues. The dead will never completely die for as long as the power of tradition is strong.

Life is one thing – unified, integrated and multifaceted; and there are therefore risky limits to over-compartmentalizing it. Life is something grand that we all called to take part in and it especially calls those who have the courage to respond to this call, to reach outside their limited scope so that they in turn, may become grand. Life is not something we can own or possess for ourselves; it is rather something that we are born into or better, that we fall into, like love.

If what Thabo Mbeki once called an African Renaissance is ever to take place, I think it will not only be along socio-economic or political lines. The contribution of Africa to history lies on a deeper level. It is that all-out effort of reminding the rest of the world that for us to live life fully, as individuals and as a human race, as persons and as one people, we must each search for our native tree of life and graft ourselves onto it. Africa will be reborn when she goes back to her roots and teaches other nations to also graft themselves into the permanent things of their individual histories. In this, we will discover that all of us, each in our own way, are branches grafted onto the same Tree of Life and that we were all along yearning for the same kaleidoscopic reality that we call life; at once unified, integrated and multifaceted.

Robert Odero is a staff member of Strathmore School in Nairobi, Kenya. More by Robert Odero