In the last week I have found myself calling out a number of friends on statements that were completely unfounded and inaccurate. In each instance, the person was adamant they were correct because they heard or read it somewhere. Being the fact-loving journalist that I am, I took each ‘confirmed fact’ they were spreading to others and researched it. Turns out, while some statements were based on a small grain of truth, they were all false. 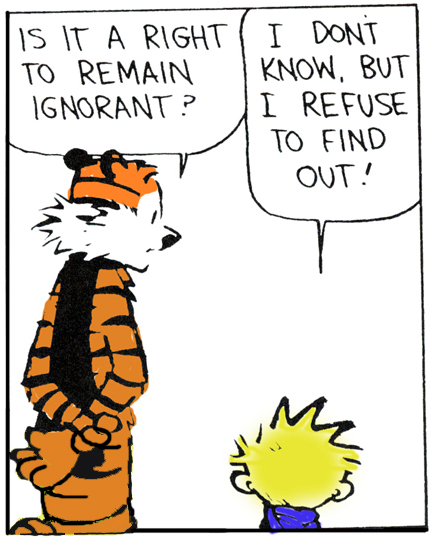 For instance, President Obama plans to change the American flag to remove the stars and replace them with his campaign graphic. I argued that this was not true because it would have been written up in every major newspaper and talked about on every talk show for weeks! Change the country’s flag – that is no small matter. My friend said he already changed it and is waiting for the right moment to implement it. She heard all about it on a conservative news program. The truth… for his re-election campaign he did rework the American flag, but it is a graphic for his campaign. I couldn’t find a single article or comment of Obama’s talking about changing the flag of our country.

These instances had me thinking of the ignorance that exists today. I think part of it is an innocent ignorance and part of it is an inexcusable ignorance. So often we use word of mouth to form opinions and learn things about another person, culture, movement, company, etc… The problem is, just like in the game of telephone, the message is often garbled by the time it reaches our ears. It has been blown out of proportion and exaggerated.

What is inexcusable ignorance? With the easy access of the internet, it is possible for anyone and everyone to do their own research. To look for newspaper articles, speeches, documents, and proof one way or the next about the particular thing they have heard. Those who do not take the time to research something like that before talking about it… that I think is inexcusable ignorance. The person is contributing to the dissemination of false information, when it could so easily be corrected.

What is so innocent about ignorance? We want to trust those in our lives that tell us things. We don’t usually think to question a family member or close friend who tells us something is fact. It isn’t naiveté; it is trust in those we love. For instance, one of my friends spent 15 minutes telling me about this amazing haunted house in Illinois that gets scarier by the floor and if you make it all the way to the end you get your money back – but no one has ever made it there. She said her sisters went and a couple kids she went to school with. Of course, no such place exists. But she had not reason to doubt her siblings or her classmates. Innocent ignorance.

Now with the elections upon us in the United States, I see much more clearly the importance of researching the facts others give us before handing them on to others as fact. There is so much misleading information out there, most of which can be cleared up with a little legwork on our part. When in doubt trying searching first on Snopes.