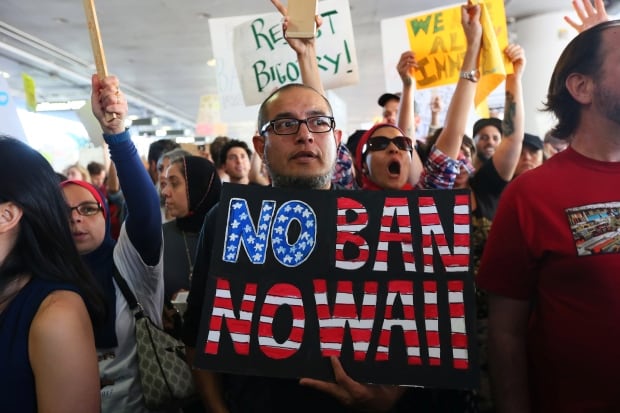 Front page pictures of protests, horror stories about innocent victims, editorials denouncing the whole idea — are we getting the whole story about President Trump’s immigration crackdown? Where’s the discussion about necessary immigration reform? MercatorNet asked Christopher Harper, Professor of Journalism in the School of Media and Communication at Temple University what he thinks.

MercatorNet: Are we getting a balanced picture from the media of President Trump’s changes? And of popular reactions?

Christopher Harper: The media have done a dreadful job of covering the immigration issue. For example, coverage of the temporary ban on individuals from seven countries went way over the top. At the end of the day, about one-half of one percent of the 11 million people getting visas were affected. Moreover, the Departments of State and Homeland Security could allow anyone in. The ban was only 90 to 120 days to review visas from seven countries. Finally, the court that stayed the ban did not follow previous decisions, which clearly place the authority in the president’s hands. All told, the media turned the “debate” into a screaming match.

MercatorNet: A New York Times tagline promises us “Truth. There is no alternative.” On the front page of its website Feb 27 there were (at least) 4 articles on the immigration issue. Is the Times facilitating the debate we need about immigration?

Harper: The New York Times has become a caricature of leftist and liberal thought. Even its own public editors have determined the news organization has a decidedly liberal bent. Its latest ad campaign about truth is throwing down the gauntlet that it will be the disloyal opposition to Trump.

MercatorNet: What aspects of immigration are being neglected by the mainstream media? What are the stories and analysis we are not hearing, on the whole?

Harper: The immigration issue is really two separate issues: one dealing with potential terrorists and the other with the 11 million illegals in the country. Many immigrants are here illegally. It is a question of enforcing the law and ensuring the safety of the country.

* The media ignore crime problems with both groups.

* The media need to look at the Lutheran Church’s support of immigrants, particularly in the Midwest.

* The cost to taxpayers for supporting illegals in the country

Also, the media need to look at how the influx of refugees in European countries, such as Sweden and Germany, has created major problems for the refugees and those countries. A key question the media should ask is why can’t the refugees from Arab countries, for example, go to countries like Saudi Arabia, Kuwait, the United Arab Emirates and Oman, where the language and culture are similar? How many Iranian refugees are there? Very few. Why can’t African countries take more Sudanese and Somali refugees? The cultural differences between the seven nations and the United States are huge. Data show that many of the people from these countries, with the possible exception of Iran and Iraq, do not have particularly good lives in America.

MercatorNet: Isn’t Trump to blame for the emotional nature of the coverage because of his focus on “bad hombres” and terrorists, and his sledgehammer approach to these problems?

Harper: Trump represents a concern among a significant part of the population with respect to immigration. Even a recent Gallup poll found that immigration and terrorism were two of the major issues facing the country.

MercatorNet: What about the Obama years, or the preceding Bush years – was there a more balanced debate then?

Harper: Both of these administrations largely ignored the problem, so there was limited debate about the issue, which finally grew into a major one.

Christopher Harper is a Professor of Journalism in the School of Media and Communication at Temple University in the United States. He worked for more than 20 years in journalism at The Associated Press, Newsweek, ABC News and 20/20.