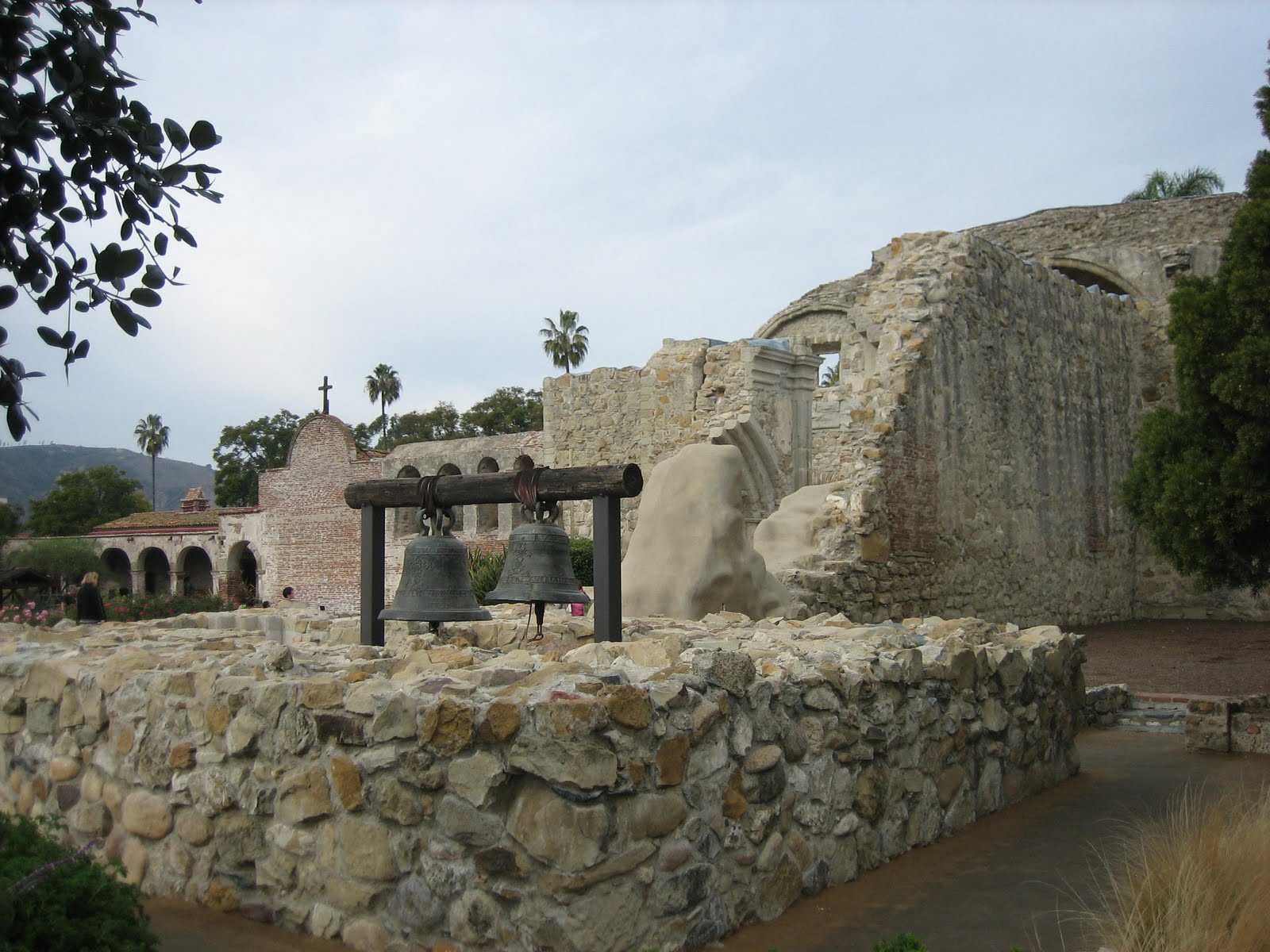 The America which stretches from sea to shining sea has two cultural traditions. On the East Coast were the British Puritans and the Founding Fathers. On the West Coast were Catholicism and a Hispanic heritage. Let’s not forget the latter, says the new Mexican-born Archbishop of Los Angeles, José H. Gomez. Here are excerpts from an address he gave to the Napa Institute, in Napa, California, last year.

Our political debate about immigration in America frustrates me. Often I think we are we are just talking around the edges of the real issues. Both sides of this argument are inspired by a beautiful, patriotic idea of America’s history and values. But lately I’ve been starting to wonder. What America are we really talking about?

America is changing and it has been changing for a long time. The forces of globalization are changing our economy and forcing us to rethink the scope and purpose of our government. Threats from outside enemies are changing our sense of national sovereignty.

We need to recognize that immigration is part of a larger set of questions about our national identity and destiny. What is America? What does it mean to be an American? Who are we as a people — and where are heading as a country? What will the “next America” look like?

One of the problems we have today is that we have lost the sense of America’s national “story.” If our people know our history at all, what they know is incomplete. And when we don’t know the whole story, we end up with the wrong assumptions about American identity and culture.

The American story that most of us know is set in New England. It’s the story of the pilgrims and the Mayflower, the first Thanksgiving, and John Winthrop’s sermon about a “city upon a hill.”

It’s a beautiful story. It’s also true. Every American should know these characters and the ideals and principles they fought for. From this story we learn that our American identity and culture are rooted in essentially Christian beliefs about the dignity of the human person.

But the story of the founding fathers and the truths they held to be self-evident is not the whole story about America.

The rest of the story starts more than a century before the pilgrims. It starts in the 1520s in Florida and in the 1540s here in California.

It is the story not of colonial settlement and political and economic opportunity. It’s the story of exploration and evangelization. This story is not Anglo-Protestant but Hispanic Catholic. It is centered, not in New England but in Nueva España — New Spain — at opposite corners of the continent.

From this history, we learn that long before the Boston Tea Party, Catholic missionaries were celebrating the holy Mass on the soil of this continent. Catholics founded America’s oldest settlement, in St. Augustine, Florida, in 1565.

Immigrant missionaries were naming this continent’s rivers and mountains and territories for saints, sacraments and articles of the faith.

We take these names for granted now. But our American geography testifies that our nation was born from the encounter with Jesus Christ. Sacramento (“Holy Sacrament”). Las Cruces (“the Cross”). Corpus Christi (“Body of Christ”). Even the Sangre de Cristo Mountains, named for the precious blood of Christ.

The 19th-century historian John Gilmary Shea said it beautifully. Before there were houses in this land, there were altars: “Mass was said to hallow the land and draw down the blessing of heaven before the first step was taken to rear a human habitation. The altar was older than the hearth.”

The real reason for America This is the real reason for America, when we consider our history in light of God’s plan for the nations. America is intended to be a place of encounter with the living Jesus Christ.

This was the motivation of the missionaries who came here first. America’s national character and spirit are deeply marked by the Gospel values they brought to this land. These values are what make the founding documents of our government so special.

Although founded by Christians, America has become home to an amazing diversity of cultures, religions and ways of life. This diversity flourishes precisely because our nation’s founders had a Christian vision of the human person, freedom, and truth.

G. K. Chesterton said famously that “America is the only nation in the world that is founded on a creed.” And that “creed,” as he recognized, is fundamentally Christian. It is the basic American belief that all men and women are created equal — with Godgiven rights to life, liberty, and the pursuit of happiness.

Every other nation in history has been established on the basis of common territory and ethnicity — the ties of land and kinship. America instead is based on this Christian idea, on this creed that reflects the amazing universalism of the Gospel. As a result, we have always been a nation of nationalities. E pluribus unum. One people made from peoples of many nations, races, and creeds.

Throughout our history, problems have always arisen when we have taken this American creed for granted. Or when we have tried to limit it in some way. That’s why it is essential that today we remember the missionary history of America — and rededicate ourselves to the vision of America’s founding “creed.”

When we forget our country’s roots in the Hispanic-Catholic mission to the new world, we end up with distorted ideas about our national identity. We end up with the idea that Americans are descended from only white Europeans and that our culture is based only on the individualism, work ethic and rule of law that we inherited from our Anglo-Protestant forebears.

When that has happened in the past it has led to those episodes in our history that we are least proud of — the mistreatment of Native Americans; slavery; the recurring outbreaks of nativism and anti-Catholicism; the internment of Japanese Americans during World War II; the misadventures of “manifest destiny.”

There are, of course, far more complicated causes behind these moments in our history. But at the root, I think we can see a common factor — a wrongheaded notion that “real Americans” are of some particular race, class, religion or ethnic background.

Our debate over immigration

I worry that in the political debates over immigration we are entering into a new period of nativism.

The intellectual justification for this new nativism was set out a few years ago in an influential book by the late Samuel Huntington of Harvard, called Who Are We? He made a lot of sophisticated-sounding arguments, but his basic argument was that American identity and culutre are threatened by Mexican immigration.

Authentic American identity “was the product of the distinct Anglo-Protestant culture of the founding settlers of America in the 17th and 18th centuries,” according to Huntington. By contrast, Mexicans’ values are rooted in a fundamentally incompatible “culture of Catholicism” which, Huntington argued, does not value self-initiative or the work ethic, and instead encourages passivity and an acceptance of poverty.

These are old and familiar nativist claims, and they are easy to discredit. One could point to the glorious legacy of Hispanic literature and art, or to Mexican-Americans’ and Hispanic-Americans’ accomplishments in business, government, medicine and other areas.

Unfortunately, today we hear ideas like Huntington’s being repeated on cable TV and talk radio — and sometimes even by some of our political leaders.

There is no denying significant differences between Hispanic-Catholic and AngloProtestant cultural assumptions.

But my point is that this kind of bigoted thinking stems from an incomplete understanding of American history. Historically, both cultures have a rightful claim to a place in our national “story” — and in the formation of an authentic American identity and national character.

The role of Catholics

Since I came to California, I have been thinking a lot about Blessed Junípero Serra, the Franciscan immigrant who came from Spain via Mexico to evangelize this great state.

Blessed Junípero loved the native peoples of this continent. He learned their local languages, customs and beliefs. He translated the Gospel and the prayers and teachings of the faith so that everyone could hear the mighty works of God in their own native tongue!

He used to trace the sign of the cross on people’s foreheads and say to them, Amar a Dios! Love God!

I think this is a good way to understand our duty as Catholics in our culture today. We need to find a way to “translate” the Gospel of love for the people of our times.

We need to remind our brothers and sisters of the truths taught by Blessed Junípero and his brother missionaries. That we are all children of the same Father in heaven. That our Father in heaven does not make some nationalities or racial groups to be “inferior” or less worthy of his blessings.

Catholics need to lead our country to a new spirit of empathy. We need to help our brothers and sisters to start seeing the strangers among us for who they truly are — and not according to political or ideological categories or definitions rooted in our own fears.

This is difficult, I know. I know it is a particular challenge to see the humanity of those immigrants who are here illegally.

The truth is that very few people “choose” to leave their homelands. Emigration is almost always forced upon people by the dire conditions they face in their lives.

Most of the men and women who are living in America without proper documentation have traveled hundreds even thousands of miles. They have left everything behind, risked their safety and their lives. They have done this, not for their own comfort or selfish needs. They have done this to feed their loved ones. To be good mothers and fathers. To be loving sons and daughters.

These immigrants — no matter how they came here — are people of energy and aspiration. They are people who are not afraid of hard work or sacrifice. They are not anything like the people Professor Huntington and others are describing!

These men and women have courage and the other virtues. The vast majority of them believe in Jesus Christ and love our Catholic Church, They share traditional American values of faith, family and community.

That is why I believe our immigrant brothers and sisters are the key to American renewal. And we all know that America is in need of renewal — economic and political, but also spiritual, moral and cultural renewal.

I believe these men and women who are coming to this country will bring a new, youthful entrepreneurial spirit of hard work to our economy. I also believe they will help renew the soul of America.

Our history shows us that America was born from the Church’s mission to the nations.

The “next America” will be determined by the choices we make as Christian disciples and as American citizens. By our attitudes and actions, by the decisions we make, we are writing the next chapters of our American story.