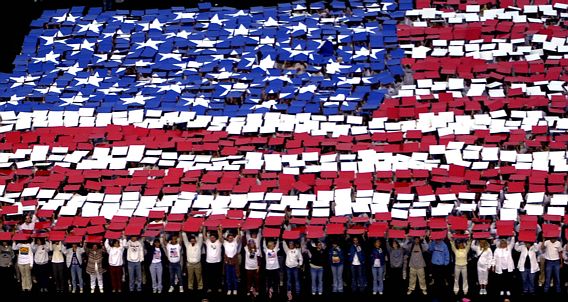 In her last blogpost, Shannon talked about the sea change that can been seen in the demographics of the USA – the overtaking of births by deaths in the white (non-Hispanic) population.  No longer can it be said that the traditional majority ethnic population of the USA is growing more slowly than other ethnic minorities, instead the other minorities are catching up because, unlike the white (non-Hispanic) population, they are actually replacing themselves.

In addition to that blogpost, today’s topic is also to do with the USA.  According to the Census Bureau in the USA, in 30 years time the largest driver of population growth in the USA will not be natural growth, but will instead be immigration.  Between 2027 and 2038, it is estimated that those arriving to the USA from abroad in any year will outnumber those who are born in the USA in that same year.  By 2060, the high estimate is that there will be 1.6 million immigrants arriving annually, while there will be less than 900,000 births (the low estimate of immigrants is 824,000).  Now, it is notoriously difficult to accurately predict something as personal and multi-faceted as immigration (let alone birth rates!!) but if correct, we could see the first time since 1850 that immigration has outstripped births in the USA.  This analysis will give further impetus to law makers in Washington DC who are currently trying to revise the nation’s immigration laws in order to address the country’s current 11 million illegal immigrants.  These same law makers are also trying to shape programmes aimed at those seeking to enter legally – a number which it seems is going to get larger over the coming decades.  A change in growth rates due to immigration will further change the USA’s ethnic composition, how it does so will depend on where these immigrants come from.  How it affects the USA’s social fabric will depend on how their new homeland accommodates them (no easy task, but one that the USA has a long history of doing well).  What we can be fairly confident about is that the white (non-Hispanic) majority in the USA will continue to decline.