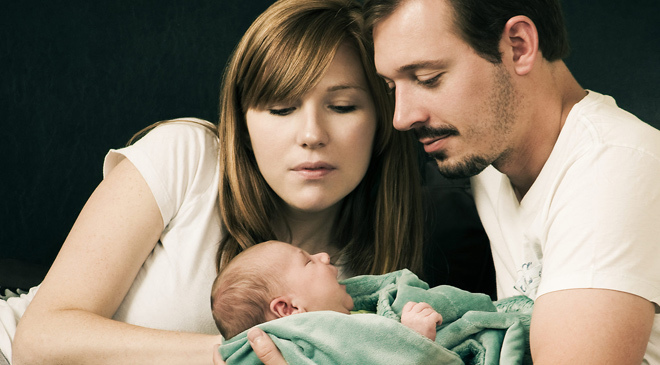 ‘Modern Families: Parents and Children in New Family Forms’, a new book by Professor Susan Golombok from Cambridge University, has recently received a great deal of media publicity in the UK. It brings together 35 years of research on parenting and child development in ‘new family forms’ including lesbian mother families, gay father families, families headed by single mothers by choice and families created by assisted reproductive technologies such as in vitro fertilisation (IVF), egg donation, sperm donation, embryo donation and surrogacy.

The Independent summarised its findings succinctly : ‘Her findings undermine centuries-held assumptions that the traditional pairing of a man and woman represents the gold standard for bringing up children.’

Golombok’s blog on the research challenges ‘the supremacy of the traditional family’, on the basis that the quality of family relationships is more influential for children than the number, gender, sexual orientation, or biological relatedness of their parents. Her conclusion is that: ‘The evidence suggests, therefore, that the presence of fathers in children’s lives is not essential per se [and]…children can, it seems, do fine without a mum.’

The research literature over the past 20 or so years mostly comes to the same conclusions: children of gay parents perform at least as well as children from heterosexual families and there is little difference in child outcomes based on family structure.

Golombok’s research is probably the most frequently cited. However, without challenging the methodological soundness of it, the samples are very small – which is inevitable with such a small population to draw upon.

To select families, two support groups for gay and lesbian adoptive families and some adoption agencies sent information about the research to their members, asking for volunteers (not random samples of that population). The inclusion criteria were that the target child was aged between four and eight years and had been placed with the adoptive family for at least twelve months. As well as standardised interviews and observational measures of well-being, and parent–child relationships, teachers also completed a questionnaire designed to assess the children’s psychological adjustment.

Despite these small samples, Golombok’s research is, nevertheless, some of the best research.

Almost all the literature on gay parenting is based on weak designs, self-selected and inadequate samples using, for example, high-income, highly educated, self-selected same-sex parents who are compared to random samples of opposite-sex parents. Most are limited by a lack of proper controls and use ‘soft’ measures of child and family performance (such as parental self-report), which are not easily verifiable by third-party replication.

When even highly respected studies only employ as few as 18, 39 or 44 cases of respondents with same-sex parents (including Golombok et al) it is hardly surprising that statistically significant differences do not clearly emerge in these.  The US longitudinal survey of lesbians that Golombok relies on heavily in her new book is based on a sample of only 78 adolescents, it is non-random and has poor controls.

The conclusions that can be drawn from research are far more limited than most reporting implies. To cite one example, a Scottish Government review of research into the experiences of children of LGBT parents ‘highlighted the perceived advantages, from both children and parents, of lesbian and gay parenting.’

However their findings were based on just eight studies, most with unrepresentative samples and flawed methodology (eg. using self-completion questionnaires, advertising and snowballing techniques, poor (or no) control groups, interviews and even analysis of television documentaries!).

Moreover, most studies of gay parenting processes have focused on the present, when children are still under parental care, which reveals more about the perceptions of parents in households with children than it does about young adults who have experienced childhood and now speak for themselves. It is at adolescence that issues associated with identity begin to become more relevant and relationships with parents may become more difficult. It cannot be assumed that findings now will be same or continue.

The use of assisted reproduction techniques, egg donation and surrogates for heterosexual and gay men (termed ‘single fathers by choice’) is a recent phenomenon so there is as yet very little research on it. Golombok herself admits this, and that no substantive conclusions can be drawn on them.

Sweeping statements that fathers are no longer needed runs counter to the wealth of research demonstrating the importance of fathers and their distinctive role in parenting. A  substantial body of well documented empirical evidence now stretches back many years, overwhelmingly attesting to the benefit to children of having an involved father.

Whether same-sex parenting causes the differences is, however, another matter. It is quite likely that the same-sex group in the study also experienced single-parenting at one time, and that experiencing multiple changes in family types may predict the poorest outcomes. In other words, it is very hard to isolate the effects of living with a same-sex parent from the effects of divorce, remarriage, or living with a single parent. And Regnerus has been very clear about this, and careful not to imply any causality. However he does show clearly that differences are there.

As I said above, many of the findings Golombok cites may well be accurate, (albeit limited) From a practical perspective, two women or two men can of course raise children, and often do so very well, as do aunts, unless, grandparents etc, when children cannot be cared for by their own parents.

The effect of relationship breakdown

The research fails to take account of the greater instability of non-married relationships, which is where many problems for children arise, whether same sex or heterosexual relationships. Research is very clear that family instability has a dramatic negativeimpact on the well-being of children.

Scandanavian research found that male same-sex marriages break up at twice the rate of heterosexual marriages. And the break up rate for lesbians was 77% higher even than that of male same-sex unions.A study in the UK of two generations of couples similarly found that same sex relationships are dramatically more likely to break up than opposite-sex relationships. These are important findings for the outcomes for children.

There is a wealth of other research on the benefits of marriage for children, showing that the married family has a much higher chance of still being intact when a child reaches 16, which means the child has much better educational, emotional and social outcomes. The benefits from traditional, intact families include better behavior, higher literacy, higher grades, lower truancy, lower depression/anxiety, better physical health, lower antisocial behavior, lower adolescent substance abuse, closer attachment to parents, and lower adolescent sexual activity.

The main ‘take-aways’ are simply:

A child’s well-being is best nurtured within a stable family setting with parents who are loving, affirming, protective, directive and committed to one another. Some adoptive same-sex parents can offer this to children who are in need of a loving home, and I know some do, but extrapolating a few such families to sweeping statements that mothers and fathers are no longer needed goes way beyond both the research and simple common sense: that the best environment – on average – for children to be raised in is with their own married biological father and mother.

For Christians, much of this will not be surprising. The Bible constantly affirms marriage and family, and marriage is representative of Christ’s own relationship with the church. Marriage, as God intended, for man and woman, is designed for our benefit; it is a universal, God-given structure, not a cultural adaptation, to be constructed on our own terms. Jesus, while single, was born into a family and knew what this involved. Christians are not, however, called to judge those outside the church or to condemn others, but to witness and point towards God and to living in His ways.

Philippa Taylor is Head of Public Policy at the Christian Medical Fellowship in the UK. She has an MA in Bioethics from St Mary’s University College and a background in policy work on bioethics and family issues.