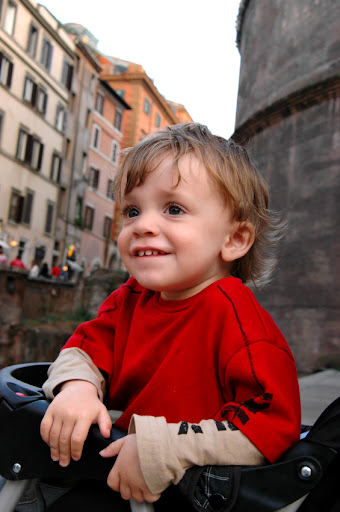 I receive an excellent newspaper cutting service from the Movimento per la Vita in Italy, and am grateful to my pro-life colleagues in that great country for keeping us up-to-date on the significant progress they are making on so many ethical fronts.

Last week, for example, there was news highlighting the significant financial aid being offered by the Friuli region of Italy to pregnant women facing economic hardship, an excellent example of a very practical solution to a major cause of crisis in pregnancy.

And it was encouraging in October to read — albeit reported unenthusiastically by Italian daily newspaper La Repubblica — that, thanks to a huge increase in healthcare professionals registering conscientious objection to abortion, the annual number of terminations has gone down from 231,000 in 1982 to 115,372 in 2010.

The refusal of Italian medical staff (gynaecologists, anaesthetists, nurses, and others) to take part in abortion has been felt particularly in the South, and La Repubblica states that there are now only some 150 doctors (many elderly) left who are prepared to perform them. How soon before there are none?

According to the newspaper, one Italian abortionist laments that he has had no holiday in eight years because nobody else will do terminations in the hospital where he works. He does nothing else, no other gynaecological interventions, and is cold-shouldered by medical co-workers. He has handed in his notice.

Abortion numbers halved in 15 years! And largely through the power of conscientious objection. Congratulations to our Italian friends. If only we could count on such solidarity within our own health professions.

There was another Italian abortion story reported recently, however, which does not make for such comfortable reading, and which highlights a very significant problem within the European community in general. (Sunday Times, 9 Oct.)

It was about an abortion performed in London at 28 weeks gestation on an Italian mother, who flew over to confirm a diagnosis of fetal abnormality. This was followed by feticide (a fatal injection to the fetal heart). She returned home quickly and the dead baby was delivered soon after. The story came to light because of an inquiry at the hospital where the abortion was completed.

Some 140 Italian women come to England every year for abortions, along with many from other countries both within and outside the European Union. Many are late abortions and quite possibly involve feticide, but it is not known on how many occasions the woman has then gone home to deliver a dead baby. This was considered one of the most horrifying aspects of the recent Italian case, and even some pro-abortion doctors expressed huge discomfort on hearing about it.

Abortion always horrifies, but now there’s a wider problem we have to confront.

Many European countries have stringent regulations in place, even completely banning abortion, or limiting the practice significantly, but it matters little to those with means to travel outside their own country. What is prohibited in one country will be permitted in another, not least Britain which has some of the most liberal legislation in the world.

Abortion tourism makes a complete mockery of restrictive national legislation – and this applies equally to fertility tourism. It is almost impossible to conjure up a scenario involving assisted reproduction so unacceptable that it would be universally banned across Europe.

I do not know what the answer is, but at the moment the trump cards are held by the most liberal countries, even if they are in the minority. If you can’t do it in your own country, shop around and you are sure to find somewhere unprincipled where anything and everything is permitted.

Josephine Quintavalle is the director of CORE, Comment on Reproductive Ethics, a non-profit organisation in the UK which focuses on the controversial issues associated with human reproduction. The group was founded in 1994 and is a key contributor to ethical debate at national and international level.

none More by Josephine Quintavalle