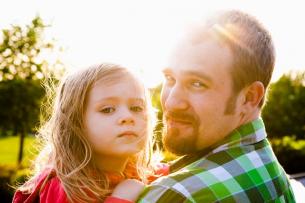 In a move welcomed by the Institute for Marriage and Family, the Canadian federal government yesterday announced that it will allow income splitting for families with a single primary earner. IMFC says this will help level the financial playing field for Canadian families with children.

The institute has long promoted income splitting as a fairer way to support families. Executive director Andrea Mrozek recently addressed the government’s standing committee on finance as part of this year’s pre-budget consultations. Here is what she said:

Sadly, Canadian families are struggling today. Canadians have about a 40 percent chance of divorce before their 30th wedding anniversary. We see increasing rates of single parent families, who are more likely to be poor. We see increasing rates of common law families, which are unions that are more likely to break up. We see a decreasing marriage rate and a birth rate that is below replacement.

We should be concerned.

Behind those family statistics is a great deal of emotional pain for people, particularly children. We examine family-related research with an eye to diminishing suffering. Tax reform is one way to help families. Our research leads us to recommend the following:

Income splitting establishes horizontal equity, or tax fairness between families. It ensures that families that look the same and make the same amount of money are also taxed the same, regardless of how they earn that money. Families balance budgets not as individuals, but together. Sharing is a good thing; it is a hallmark of strong families. It is to be encouraged by tax policy.

A healthy majority of Canadians from every political party recognize the current unfairness. For instance, 65% of Conservative supporters, 55% of NDP supporters and 54% of Liberal supporters all agree that income splitting makes sense.

Income splitting is sanctioned by one of Canada’s pre-eminent economists, Dr. Jack Mintz. It has been enacted without controversy in an array of countries like the Czech Republic, Germany and France.

Certainly, the main reason to implement income splitting is to establish tax fairness.  Still, almost half of all Canadian families with children under 18 right now would receive a tax cut. If implemented only federally, a secondary school teacher in Manitoba would save 28% on his or her tax bill. An accountant in Saskatchewan would save 25% with income splitting.

We cannot look down upon these savings for average, middle-income Canadians, which would only increase if income splitting were also offered provincially.

Secondly, we recommend in favour of increasing the money parents receive directly, whether through the UCCB, the CCTB or another vehicle.

While we prefer the tax code be used to leave money in the hands of parents in the first place, a second consideration would be to increase the Universal Child Care Benefit, the Child Care Tax Benefit or other measures. Money in a family’s pocket empowers that family to make the best choices to suit their needs.

Finally, we recommend against the use of tax dollars to create a national daycare program.

State-funded daycare, indeed all daycare, is extraordinarily expensive to do well. The costs only go up, as we have seen in Quebec.

Neither does state-funded daycare account for different family situations across Canada. It does not help those who work shifts. Some families go to extraordinary lengths to tag team care between parents. If national daycare starts, those families may find other benefits are cancelled to pay for the one program that they do not choose to use.

Most importantly, across party lines, gender, and income levels, 76% of Canadians believe the best place for a child under six is at home with a parent. It is our concern that national daycare would become a national boondoggle, as the federal government struggles to provide that which ought to be the purview of sources much closer to home.

See the IMFC website for the original version of this article with footnotes. And here for their research paper, Busting Income Splitting Myths.