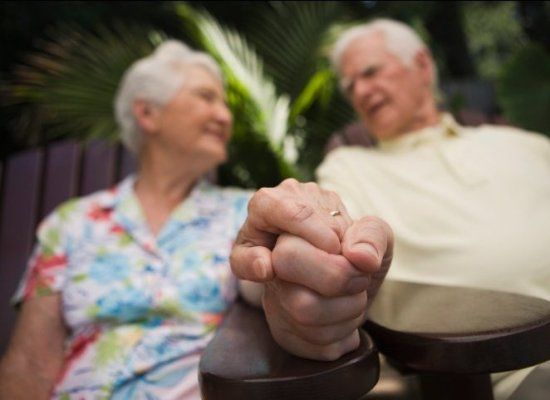 While progressives and liberals argue that homosexual “marriages” or unions are no less stable than heterosexual marriages, even if they are right, the monogamy of such relationships might nonetheless differ. Recent research indicates that homosexual couples are more likely to be permissive of infidelity and open relationships.

An article in The New York Times explains that recent research “reveals just how common open relationships are among gay men and lesbians…The Gay Couples Study has followed 556 male couples for three years – about 50 percent of those surveyed have sex outside their relationship, with the knowledge and approval of their partners.”

What is peculiar in these cases is not just frequency of outside sexual activity, but that partners are aware of, and consent to, such infidelity. In fact, the article cites a previous study which “concluded that open gay relationships actually lasted longer [than monogamous gay relationships].” Because monogamy is often not expected, and infidelity is consented to, by the other partner, outside sexual activity is typically not a likely reason for terminating a homosexual relationship.

In contrast with the expectations among “gay marriages,” recent research indicates that adultery is likely the greatest factor in causing divorce among heterosexual marriages. Thus, the expectations and norms regarding fidelity seem to differ greatly between heterosexual and homosexual couple. Perhaps defining stability in terms of the mere duration of the relationship is not enough to capture what ought to be the relevant factors when considering a “stable marriage.”

The New Research – Adultery and divorce

Informed observers claim that as many as two thirds of all divorces in America are not really necessary, as they split apart couples who report average happiness and low levels of conflict. But what about the other third? Precise statistics are difficult to come by, but adultery may very well be the precipitating cause, judging from a study that establishes that sexual unfaithfulness is far more likely to trigger marriage dissolution than previously thought.

Elizabeth Allen of the University of Colorado and David Atkins of the University of Washington explore the relationship between adultery and marital breakup using data from the General Social Survey (GSS), a large, nationally representative study conducted every two years by the National Opinion Research Center at the University of Chicago. Looking particularly at more than 16,000 ever-married respondents who were queried, in survey years from 1991 to 2008, as to whether they had ever committed adultery, the psychologists established that a history of adultery—what they euphemistically term “extramarital sex” or EMS—significantly raises the possibility of experiencing divorce or marital separation.

These findings lead Allen and Atkins to conclude: “More than half of individuals who engage in EMS do, in fact, divorce or separate from their spouse.” Although acknowledging the pattern represents a “relatively high rate of divorce,” they suggest their calculation actually understates the reality because the GSS data measure only the respondent’s infidelity. “There would be even higher rates of divorce,” the researchers claim, “if additional types of extramarital relationships were included . . . and if both partners’ extramarital relationships were evaluated.”

[While] the GSS data confirm that marital infidelity is less prevalent in America than what Hollywood would leave the public to believe, as 14 percent of the women respondents and 23 percent of the men respondents confessed to cheating on their spouses, the wrecking ball of adultery is clearly implicated in more than half of the failures of these sacred bonds.