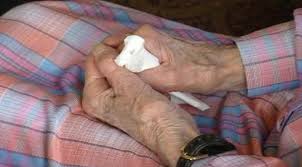 Tasmanians are once again gearing up for a debate over euthanasia. Labor Premier Lara Giddings and her Greens Deputy Nick McKim released a report yesterday arguing that euthanasia and assisted suicide are compassionate responses for “patients who are dying in prolonged suffering”.

After a failed attempt in 2009, they hope that a revised private member’s bill will pass before the end of 2013.

By a cruel coincidence, a professor at the University of Tasmania, Natasha Cica, published an article about her state on the same day. It ran under a headline asking “Does Tasmania need an intervention?”. In other words, does the prolonged suffering of Tasmania justify a compassionate response by the Federal Government?

“The fragility of the Tasmanian economy is clearly an exacerbating factor here – when you lose a gig or a job, there can be few or zero downhome alternatives. This in turn bleeds in and out of Tasmania’s low levels of post-Year Ten educational retention and attainment, high levels of teenage pregnancy, high levels of unemployment and welfare dependence, high levels of public sector employment, underdeveloped private sector, and remote geographical location.”

More to the point, perhaps, is whether Tasmania is suffering because it has incompetent leaders. If Giddings and McKim govern Tasmania with the same provincial outlook which characterises their euthanasia report, their state is in deep trouble. Well, actually, we already know that it’s in deep trouble. So the real question is: have politicians who are incompetent at their day jobs written a competent report on their hobby horse?

The answer is no. If you sent these guys to New York to negotiate a bond issue, they’d probably come back with the Brooklyn Bridge.

Euthanasia is one of the most disputed, tangled issues of our time. The statistics are malleable; the opinion polls are often manipulated; the social consequences are uncertain. Many weighty reports recycle the views of passionate advocates. In jurisdictions where euthanasia is legal, a comprehensive picture of what is happening is often marred by bias, lack of information and even deceit. The gullible Giddings and McKim are adrift without a compass in these choppy seas.

Their 108-page report may look comprehensive, but scratch the surface and its confident assertions fall apart. Three failures leap out: underestimating the vulnerability of the elderly, ignoring Tasmania’s small population and lack of in-depth research.

No risk of abuse?

Take, for instance, the claim that there is no “sound evidence that there is a heightened risk for people who may be vulnerable due to their age, disability, mental illness or isolation”. This is odd, because a University of Tasmania academic published a thorough examination of the risks of elder abuse early last year. Criminologist Jeremy Prichard argued in the Journal of Law and Medicine that “legalising euthanasia may increase the risk that some patients are pressured, inadvertently or deliberately, to request access. Safeguards to detect and deter pressure may be of limited effectiveness against such pressure.”

Since he was disputing an article (in the same journal, mind you!) by another Tasmanian academic, Margaret Otlowski, who was a key source for this report, surely Giddings and McKim should have taken his article into account. They didn’t. The term “elder abuse” is not even mentioned in the report.

But it is clearly an issue which is pertinent to the Tasmanian debate. A 2010 report from the Tasmanian Department of Health and Human Services admits that “No data indicates how widespread abuse of older people is” but it estimates that there would be between 2,600 and 4,300 cases in the state, based on overseas figures.

Respect for personal autonomy is a key principle of the Giddings-McKim report. Fine and dandy for university-educated people with cushy jobs like the Premier and her Deputy. What about the poor and vulnerable in the Tasmanian community? Prichard writes:

“Such procedures may be safe for socially connected, financially independent individuals with high autonomy and self-efficacy, but circumstances may be entirely different for isolated patients with low self-efficacy who represent an unwanted burden to their carers, some of whom may benefit financially from the death of the patient (even just in a reduction of financial pressure).”

Sometimes requests for euthanasia may be genuine but prompted by subtle pressure. A manipulative carer may easily convince a patient that death is the best option for everyone.

Why didn’t Giddings and McKim look into this? Is it because they feared drawing attention to Tasmania’s dismal record in coping with other types of abuse? According to Natashi Cica, “Rates of child abuse … are a national disgrace – the number of proven cases of child abuse or neglect in Tasmania in 2010-11 was an astonishing 56% higher than the national average, most cases involving children aged under five.” Seriously, can a state struggling with this horror cope with euthanasia?

Is Tasmania too small for independent assessments?

Even for Giddings and McKim, Tasmania’s small population poses a problem for the safe regulation of euthanasia. Two doctors are supposed to review and approve a person’s request. But they are also supposed to be independent. How exactly will that work in a state of 500,000 people where everyone knows everyone else? As Natasha Cica points out, “when abuse manifests in this small, tight and ‘sticky’ community, it can be unusually visible, intense and damaging to those on the receiving end”.

What is to stop a handful of doctors from becoming death specialists who rubberstamp every request for euthanasia? In fact, Dr Philip Nitschke, the notorious euthanasia activist, has already said that he would like to set up a “mobile medically assisted suicide clinic” in Hobart, the state’s capital.

Incredibly, Giddings and McKim assert that “In general, we are disappointed with the quality of claims and arguments [of opponents] and have found that many of them do not meet the standards required by parliamentarians when considering legislative reform.”

The dynamic duo describe these as “thorough reviews”. What they fail to mention is that the first two were discredited private initiatives stacked with supporters of euthanasia. The third comes from a different legal system and the fourth is merely a judicial opinion in a case which is still under appeal.

They also ignored last November’s referendum in Massachusetts on legalising assisted suicide. It was rejected by voters in a politically progressive state which has the best hospitals and best universities in the world. It was opposed by the Massachusetts Medical Society, America’s oldest state medical society.

I’d suggest that Lara Giddings and Nick McKim take a trip to Boston to chat with the widow of Senator Ted Kennedy, a liberal icon. She had a message for Massachusetts voters which Tasmanians should heed. Dismissing the slogan of “dying with dignity”, Victoria Reggie Kennedy wrote in a local newspaper: “for every complex problem, there’s a simple easy answer. And it’s wrong.”