Due to its size and position, it is easy to miss Burundi. It is one of the smallest countries on the continent and is wedged between massive neighbours, Tanzania and the Democratic Republic of the Congo (DRC), with the equally invisible Rwanda to its north. It isn’t exactly what you would call famous.

But at the moment, no one should have an excuse for not noticing Burundi. What it lacks in geographical significance it now makes up for by the conflict raging within its borders. Now in its tenth month, the crisis threatens to plunge Burundi back into an abyss it just recently clambered out of.

At shaky end of a bloody 12-year civil war in 2005, Pierre Nkurunzinza was elected by parliament to be the president of Burundi, to safeguard the nascent peace and bring the country into the 21st century. Subsequently, he won a number of international prizes for his integrity and style of leadership. In April last year, he announced another bid for the presidency.

The constitution of Burundi allows a president to serve a maximum of two five-year terms. Having been re-elected in 2010, Nkurunziza was in effect bidding for a third term. Many Burundians didn’t agree, so they took to the streets of Bujumbura and other towns to say as much, demanding that president rescind his plans.

Nkurunziza then pulled an old stunt that fools no one anymore. Though it’s been pulled in other parts of this wide world as well, such is its frequency in Africa that it’s becoming a constant source of embarrassment for all sensible Africans. The BBC calls it “third-termism”. Nkurunziza said his election in 2010 had actually been the start of his first term. The term beginning in 2005, he said, was a nomination by Parliament, not an election by the Burundian people.

As he saw it, for him to have the chance of serving the maximum of two terms he would have to stand for the general election a second time. So he got the constitutional court to say his bid was genuine, planned the elections, got himself re-elected in July – amid an opposition boycott and the scepticism of international observers – and was sworn in in August. And while he was doing all this, many a dissenter found his way either into an early grave or exile.

Before the election, while Nkurunziza was attending an international summit in Tanzania in May, Godefroid Niyombare, a Burundi Army general and former ambassador to Kenya, led a portion of the army in a coup attempt – a stunt as familiar as third termism. Nkurunziza immediately returned and was in firm control of the country before the end of the second day. Niyombare’s supporters have either escaped with him or are dead.

The demonstrations and attempted coup gave Nkurunziza a reason to cull his detractors. These included protest leaders, civil rights activists, coup participants, and anyone else on whom his paranoia painted a bull’s eye. Many were rounded up and killed, most after being tortured. Some of Nkurunziza’s opponents adopted his tactics in their reprisal assaults on government sympathisers and workers, including policemen. The cycle hasn’t been broken. In fact, it seems to be widening.

As soon as the troubles started in April last year, ordinary Burundians, somewhat conditioned by the bloody history of their country and wary of any sparks that might ignite the primed tinder of the country’s bruises, started an exodus that has taken over 240,000 of them out of the country. Even more have fled the cities into the countryside, where there is a shaky peace.

From his palace outside Bujumbura – as he piteously muses over the exploits of Hallelujah FC, the football team he founded and sometimes plays for – Nkurunziza, who has been reported to claim that he has the divine right to rule, is presiding over the slow slide of the world’s second poorest nation into violence, and the demise of a peace that has been the hope for the two generations of Burundians who have only seen 12 years of that priceless commodity. 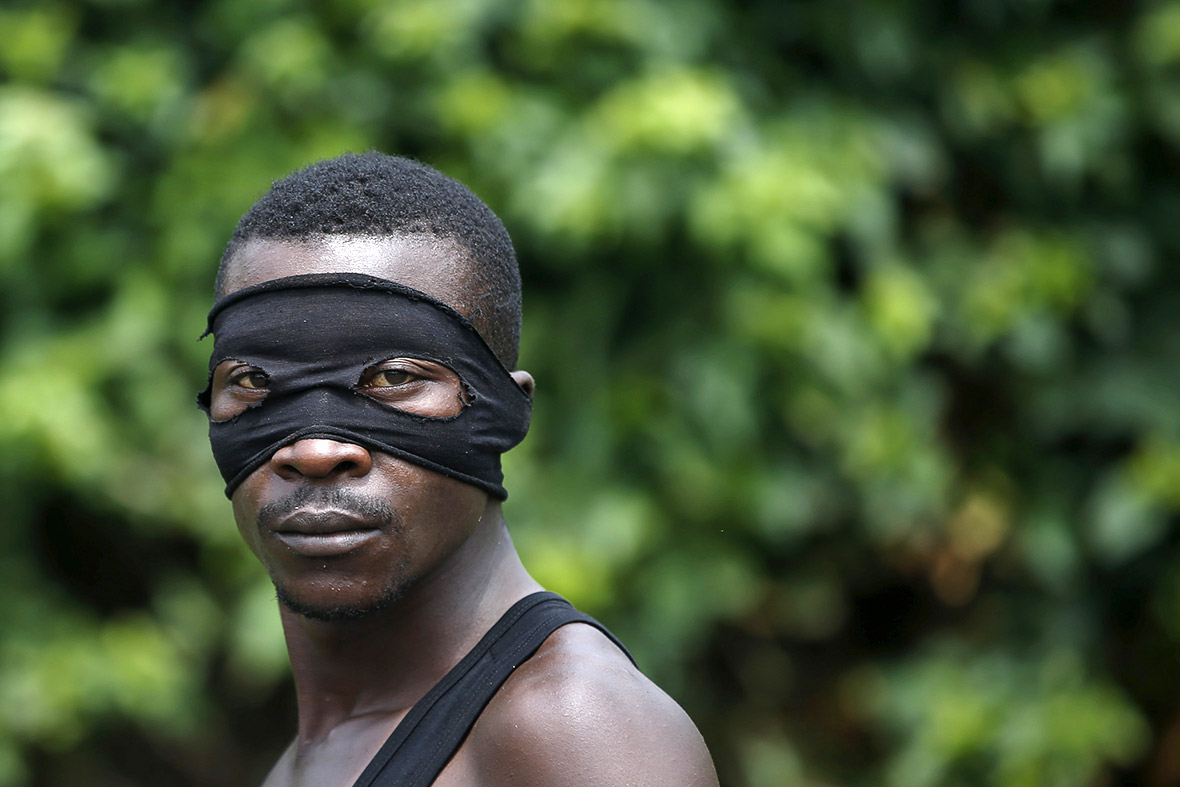 The roots of the crisis

The deep wounds that are threatening to tear Burundi apart now were inflicted long before independence in 1962.

In the late 19th century, Germany colonised the region containing Tanzania, Rwanda and Burundi, together with other parts of Africa. After World War I, Germany was stripped of its colonial possessions and Belgium took control of what would later become Rwanda and Burundi, naming it Ruanda-Urundi. The name comes from Kinyarwanda and Kirundi, the languages spoken by the people in the two areas.

Since the region had no clear-cut ethnic divisions for the colonialists to exploit in gaining control, as they did in most parts of Africa, the colonial powers created the divisions themselves. They allied themselves with the local ruling class, which had ruled the region through multiple dynasties dating back to the 14th century.

This ruling class was designated as a separate tribe, the Tutsi, and the ruled became the Hutu. Identity cards and all other documents were issued indicating this distinction. To make the distinction even more concrete and enforce the new notion of ethnicity, the culture and occupation of most of the rulers (they were mainly cattle-keepers) was contrasted with the more sedentary subsistence farming of the ruled.

Furthermore, the physique of the Tutsis was classified as tall, light-skinned and hook-nosed (the Germans even entertained the notion that, because of these features, the Tutsis had some Caucasian blood) and the Hutus as short, stocky, black and flat-nosed, like most other Africans. In actual sense, the difference was less obvious than that, almost to the point of non-existence. Recent genetic studies have determined that the Hutus and Tutsis are more similar to one another than to any other tribe. The Caucasoid features of the Tutsis actually have Nilotic origins.

But the colonialists weren’t going to look at subtleties like these. After the grand ethnic scheme was drawn, the Germans set to work entrenching the division. They ruled with the aid of the Tutsis, providing them with education and power over the Hutus, whom they marginalised, subjugated and exploited. Thus the centuries of harmony between the two groups came to an end, for the Hutus saw in the Tutsis new enemies.

The Belgians, when they took over the territory, didn’t provide any remedy for the situation. In fact, they worsened it. When the Tutsis, due to their education and exposure, started asking for independence in the 1950s, the Belgians turned on them and incited the Hutus to rebel against them, killing many Tutsis in Burundi and Rwanda.

At independence, the Belgians left both countries in Hutu hands, setting the stage for the continuation of the artificial conflict that has scarred their recent history. Through coups, counter-coups, civil wars, rapes, political murders, assassinations and genocides, Rwanda and Burundi have left a painful trail of blood, tears and smouldering ruins down through the 20th century.

In 1994, during three months of ferocious carnage, hundreds of thousands, possibly a million, people were killed in Rwanda (the proportions of Hutus and Tutsis among the casualties is a sensitive topic that has claimed a few lives). The genocide seemed to jolt the country awake, and it seemed to commit to a move away from the vicious cycle of ethnic violence. But it did nothing to deter Burundi from going on with its own Civil War, which had begun a year earlier and didn’t end for 11 years — 300,000 dead and millions of refugees later.

It is against the background of this gruesome history that Burundi’s current crisis seems worrying. When it started, it was largely a political problem, and Nkurunziza’s supporters and opponents straddled the ethnic divide.

The army, police force and parliament are constitutionally ethnically heterogeneous, a measure adopted in 2005 to thwart the possibility of another ethnic war. The argument was even made last year that the country was unlikely to slide into another war and that the dreaded “G” word, which was floating around the internet, was not warranted.

Recently however, more and more reports seem to indicate that the negative ethnicity of the past has re-emerged. Nkurunziza is the Hutu son of Tutsi mother. His father, a parliamentarian and twice-governor, was a victim of Burundi’s less well-known first genocide in 1972, in which up to 210,000 people died.

Nkurunziza’s more recent victims, including civilians, seem to be more and more Tutsi. The opposition’s victims are also becoming more and more Hutu. Clearly, 11 years are too few to heal century-old wounds.

And last week, to make matters worse, the United States indirectly acknowledged a fact Burundi’s government has been complaining about since the crisis started: that Rwanda is meddling in the conflict.

It appears that Rwanda is training and arming the Tutsis among the Burundi refugees it has taken in (70,000 of the 240,000) and smuggling them back into Burundi via the DRC to fight the government. Rwanda’s President Paul Kagame is a Tutsi. His country’s involvement provides grounds for questioning the sincerity of his commitment to the end of the cycles of ethnic violence in his own country, leave alone the region.

The international community has been scrambling to patch the 1001 holes that have shown up in the way it has dealt with the crisis since it began. The UN Security Council sent delegates in late January for an unimpressive and fruitless meeting with the government.

Late last year, the African Union (AU) proposed to send 5000 peacekeeping troops to Burundi. Nkurunziza immediately retorted that he would treat this as a violation of his country’s sovereignty. The AU backed down, despite a clause in its charter which allows it to intervene in member states under grave circumstances.

Instead the AU proposed peace talks in Tanzania. Furthermore, in a show of its might, the AU declared that its members would unanimously withdraw from the International Criminal Court because it unfairly targets Africans. This was in support of a proposal by Kenya’s President Uhuru Kenyatta, who was cleared of charges of crimes against humanity by the court last year. Needless to say, the AU’s proposed peace talks never commenced. A high-level AU delegation comprising a number of African presidents might visit Burundi in the coming weeks.

The Imbonerakure, the youth wing of Nkurunziza’s CNDD-FDD party, is increasingly involved in acts of violence. The Rwandese genocide was largely carried out by the Interahamwe, the armed youth wing of the ruling party.

Something drastic has to be done if Burundi is to avoid sliding into civil war and genocide. The mass graves are already making their appearance. And, in an acknowledgement of the direness of the situation, Zeid bin Ra’ad, the UN high commissioner for human rights, has warned that “all alarm signals are flashing red”.

The world must not ignore Burundi.