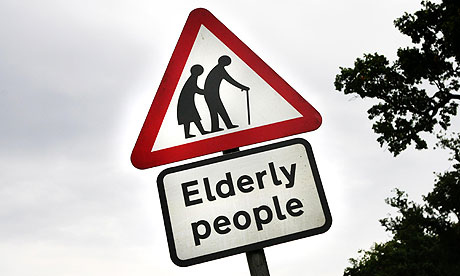 More people in Europe are dying than are being born, according to a new report in a major demography journal, Population and Development Review. In contrast, births exceed deaths, by significant margins, in the United States, with few exceptions.

The researchers find that 17 European nations have more people dying in them than are being born (natural decrease), including three of Europe’s more populous nations: Russia, Germany and Italy. In contrast, in the US, births exceed deaths by a substantial margin.

“Natural decrease is much more common in Europe than in the US because its population is older, fertility rates are lower and there are fewer women of child-bearing age,” Texas A&M demographer Dudley Poston and his colleagues explain. “Natural decrease is a major policy concern because it drains the demographic resilience from a region diminishing its economic viability and competitiveness.”

“In 2013 in Texas, for example, there were over 387,000 births compared to just over 179,000 deaths,” says Poston. “The only two states in the US with more deaths than births are the coal mining state of West Virginia and the forest product state of Maine.”

The research focuses on the prevalence and dynamics of natural decrease in the counties and county-equivalents of Europe and the United States in the first decade of the 21st century (2000-2009).

The researchers find that in Europe, deaths exceeded births in most of the counties of Germany, Hungary, Croatia, Romania, Bulgaria and the Czech Republic, as well as in Sweden and the Baltic States. Further south, natural decrease is found occurring in the majority of the counties of Greece, Portugal and Italy.

Though natural decrease was common in much of Europe, findings show that’s far from universal. Natural increase (more births than deaths) is widespread in Ireland, Cyprus, Iceland, Lichtenstein and Luxembourg. Natural increase is also evident in broad regions of France, Belgium, the Netherlands, Switzerland, United Kingdom and Norway.

In the US, deaths exceed births most significantly in a north-sound band from the Dakotas through Nebraska, Kansas and Oklahoma, down to central Texas. Poston and his colleagues note that this natural decrease can be attributed to the predominance of agriculture and youth adult outmigration. Also natural decrease is found in retirement destinations in Florida, Arizona and Texas due to a substantial inflow of older adults. Other states with higher death than birth rates include North Dakota, Montana, Maine and West Virginia; many other US states have little, if any, natural decrease.

Location has a lot to do with population change because young people leave remote areas in search of opportunities in urban areas. “Research in the US has consistently shown that the incidence of natural decrease tends to be highest in remote rural counties and lowest in large urban agglomerations. We expect that a similar pattern will be evident in Europe,” the demographers write.

This research is quite significant in the light of the focus on immigration in the US presidential campaign. The researchers believe the Hispanic migration will bring life to counties where there is natural decrease:

The future for US natural decrease counties is not entirely bleak. The inﬂux of Hispanic migrants to many of the “new destination” counties in the US has diminished their likelihood of experiencing natural decrease. Hispanic migrants include many young adults of childbearing age, and this coupled with the higher fertility rates of Hispanics will likely result in a disproportionately greater number of births, increasing the birth/death ratio.

The European population, even with the anticipated immigration, is considerably older than the US population is now or is likely to be in the near future. Less than 15 percent of Europe’s female population is under the age of 15, compared to nearly 20 percent of the female population of the US. Thus, with continued low fertility rates, dwindling cohorts of young women, and growing older populations, the likelihood of continued natural decrease in Europe is extremely high. Indeed, 18 of Europe’s 45 countries are currently experiencing population loss or are projected to do so between 2014 and 2030 because mortality and out-migration are exceeding fertility and in-migration.