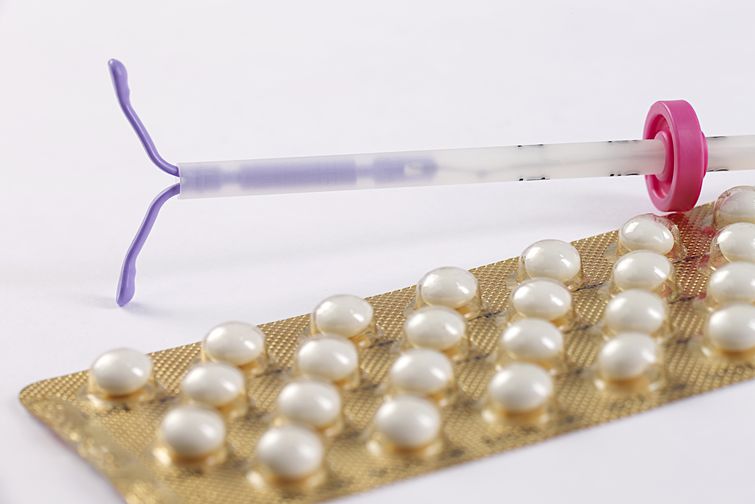 Dr. Isabel Sawhill’s new book Generation Unbound strongly recommends long-acting reversible contraceptives (LARCs) as a central component of addressing the challenges of nonmarital childbearing and poverty. Her suggestion is both increasingly mainstream and objectively remarkable. It is mainstream because it now features regularly in the recommendations of family planning institutions and scholars.1 Indeed, the Department of Health and Human Services considers the greater effectiveness and higher upfront costs of LARCs to be among the leading arguments favoring the contraceptive mandate now tied up in the courts.

At the same time, Sawhill’s recommendation is remarkable because it would alter human beings’ “biological default position”—fertility—and replace it with consciously and medically crafted infertility. There are more than a few potential implications.

At the practical level, even proponents (including Sawhill) worry that strenuous efforts to promote LARCs are likely to be directed—as they were in the past—at poor and minority populations, who are understandably sensitive on the subject.2 This concern rightly persists. A recent experiment in St. Louis designed to “promote” LARCs targeted disproportionately African-American (50 percent) and poor (37 percent public assistance) women with the result that, while less than 10 percent of American women regularly choose LARCs for themselves, 75 percent of the St. Louis group used them.3

A similar privately funded initiative offered free LARCs to poor women in Colorado and may soon become a state-supported program. Legislators of both parties are expressing support. Sawhill acknowledges LARCs’ troubling history, but doesn’t see a more apt solution. She argues that while the U.S. can afford even more generous assistance to children and the poor, money alone won’t fix our problems; and she asks with rarely seen transparency, “Why should a middle-class family that is struggling to make ends meet, and as part of that struggle is limiting the number of children it has, be required to pay higher taxes to support those with larger families?”

LARCs, which are effective at preventing pregnancy on an individual level, also raise the possibility of unintended consequences on the social level. What might happen should the government encourage a sustained period of sterilization among a poorer population already experiencing high rates of early premarital sexual activity, serial cohabitation, and sexually transmitted infections, but low rates of marriage? While the St. Louis study indicated that abortion rates (abortions per 1000 women of childbearing age) would probably decline, the abortion “ratio” (abortions per pregnancies) soared; in other words, the usual ratio is one abortion for every five pregnancies, but in the St. Louis project, there was one abortion for every pregnancy. This could be due to a selection effect, of course (16 percent of the women were recruited at abortion clinics), but there is also the possibility that such programs conduce to a fear of childbearing.

Many worry additionally that widespread LARCs will trigger increased rates of STIs, which they don’t protect against. Prior programs testing the effects of emergency contraceptives—which also elevate the sensation that nonmarital sex is “insured” against pregnancy—demonstrated the potential for higher STI rates.4 And CDC reports give evidence that the St. Louis LARCs project coincided with increasing STI rates there,5 despite not having much effect on study participants’ sexual behavior.

Might there also be emotional and spiritual consequences of more firmly separating sex from children? These are hard to describe, let alone measure. At the advent of the birth control movement, Margaret Sanger and others predicted that being able to prevent and space births would cause a great leap in couples’ happiness. Betty Friedan and Simone de Beauvoir wrote similarly several decades later. Theoretically, it is easy to understand such predictions at the level of the individual person or couple. Yet it is not at all clear from scientific or popular literature about romantic relationships that these predictions proved correct (particularly for women6) at the social level. Few doubt that the modern separation of sex from marriage and children has changed the “marketplace” for relationships,7 making nonmarital sex and cohabitation more prevalent, but causing people to delay and sometimes forgo marriage.

In the arena of emotional and spiritual effects, there are also open questions about the effects of LARCs upon women’s (and men’s) understanding of sex, i.e. the relationship between sex and love, life, permanence, or fidelity. Religious women might additionally find themselves wondering about the meaning of a creator’s linking sex with new life. Could wider use of LARCs facilitate more non-relationship sex such that men and women will have greater difficulty getting to know their sexual partner as a whole person? Or understanding and committing themselves to the goods of marriage? In short, there is more to separating sex from children than preventing children—even when, like Sawhill, policy experts are seeking to prevent children as a humanitarian goal.

No matter your perspective on LARCs, it would seem impossible not to sympathize with the difficulty of the problem Sawhill sets herself: encouraging responsible, ideally marital childbearing and high-quality child-rearing in a world where nonmarital sex is assumed. Her response is not illogical from within a particular understanding of the human person and human relationships. And she correctly notes that prior attempts by the state to promote marriage and various forms of birth control have yielded disappointing results or worse. Still, her argument doesn’t adequately grapple with the drastic psychological, spiritual, and perhaps also physical fallout of so forcefully divorcing sex from children. Past efforts to do this via sex-ed and birth control programs seem to have worsened the marketplace for marriage, fidelity, and marital childbearing.

Under the “infertility default” option, poor women would get sterile bodies at state expense, while they still lack access to good education and employment opportunities. Perhaps it is time for a fresh burst of attention not only to these problems, but also to efforts to relink sex with child welfare and with marriage. A robust effort of the latter kind has not been launched.

Helen Alvaré is a Professor of Law at George Mason University School of Law, where she teaches family law, law and religion, and property law. This article was first published at the Institute for Family Studies and is reproduced here with permission.

Helen M. Alvaré is a law professor at George Mason University in Arlington, Virginia, where she teaches and writes in the areas of family law, and law and religion. She is also a Senior Fellow... More by Helen M. Alvaré