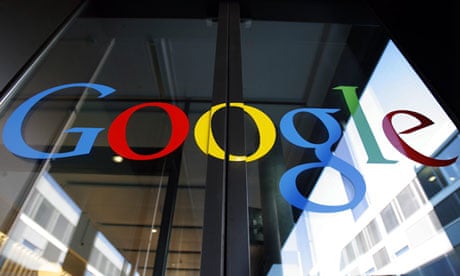 Photo: Walter Bieri via The Guardian

Ever since Edward Snowden’s* revelations in May 2013 of the extent of internet espionage people have wondered, is my e-mail safe from prying eyes?

In a word, no. As Nobel Laureate Gabriel García Márque put it, “all human beings have three lives: public, private, and secret.” Increasingly in the age of the internet, the differences are being effaced.

Here are some items worth knowing, via The Conversation:

– As per our agreements with them, Google scans all our e-mail (gmail):

Consumer Watchdog, a US-based advocacy group, has taken umbrage with Google’s admission that the content of Gmail messages are automatically scanned. Suits and counter-suits are flying back and forth. … Most of this activity is intended to detect spam, threats, etc., but it still means that, yes, our words are recorded somewhere.

What protects most of us is that our words are lost among the trillions, like asteroids in distant galaxies. We are not on watch lists. Fundamentally, no one cares what we told our neighbours about rude service at the municipal tax office.

Of course, if governments come to power that find our opinions a threat to their well-being, that could all change…

– For example, as researcher James Goulding at the University of Nottingham explains,

It’s been revealed that advertising company Renew has been trialling a system that uses WiFi scanners placed around the City of London in recycling bins, tracking footfall by digitally identifying your mobile phone as you wander by. The bins log the mac address that your phone broadcasts when its WiFi is active and can then recognise you when you walk past the next time. And of course, those bins also display digital advertisements, meaning that this tracking information could ultimately be used to tailor targeted advertising, personalised especially for you. If the bin knows what time you go to lunch and where you buy it, it might push an ad for a nearby cafe (or more likely a big, branded sandwich retailer) at you as you walk past.

The City of London has come down hard, and Renew has been told to stop the trial.

Goulding makes the case that this is a form of “stalking.” One solution is to turn the wi-fi off when not in use.

– Vanderbilt law prof Lydia A. Jones tells us that Yahoo and Twitter are being sued for privacy violations:

A new case filed a few weeks ago in California federal court alleges that Twitter is “eavesdropping” on users’ private messages in violation of federal and state privacy laws. Another suit filed earlier in September in the Northern District of California alleges that Google unlawfully diverted non-Gmail users’ email messages to extract content.

But one of the key issues in the case against Yahoo is whether email users – specifically those who do not subscribe to Yahoo Mail – consented to Yahoo’s publicly stated policy that emails sent through its service are scanned and analyzed by the company.

Engineer friends suggest that we assume that nothing we send over the internet is private (though financial transactions may be protected by bank security – the Deep Web). For one thing, networks may not even be secure in our own neighbourhood or between providers.

If it is truly private, best use older methods of communication, like face to face discussion.

See also: How much can the internet reveal about us?

Next: But things we want to find can disappear from the internet too. How and why?