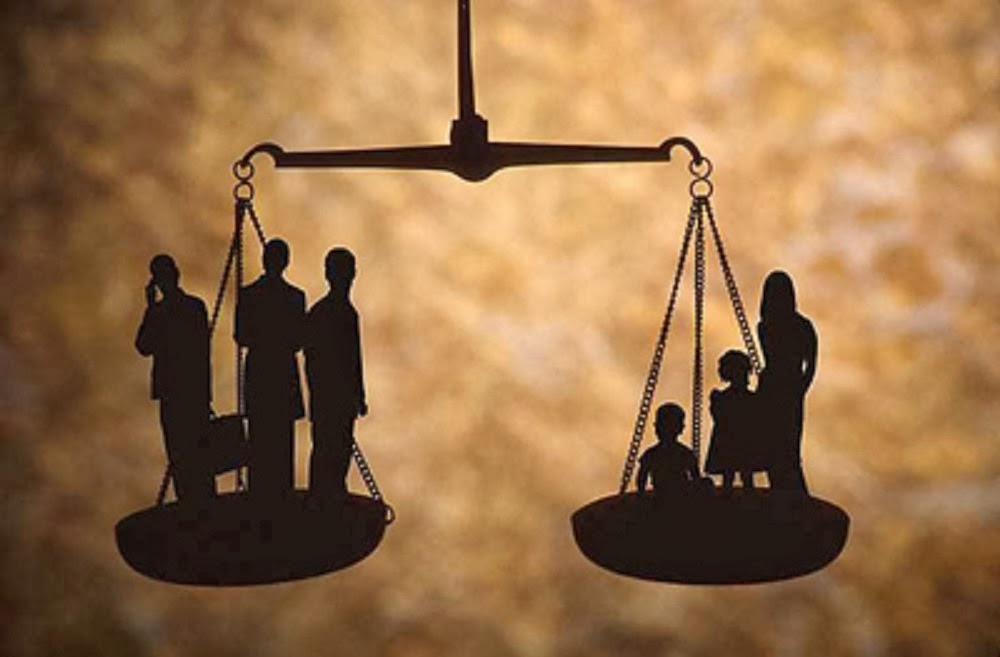 When Pope Francis proclaimed that 2016 would be a “year of Mercy”, he made headlines around the world. He described mercy as “ the ultimate and supreme act by which God comes to meet us”. Fr James Schall reflects on what mercy means in a world full of terror and injustice.

A Holy Year devoted to mercy seems paradoxical in a world filled with persecution, terror, war, and ideology. In the ancient world, wars resulted in the massacre of all the remaining inhabitants. In the last century, whole peoples were destroyed. When Mosul in Iraq fell a couple of years ago, not only were the Christian and other citizens killed, but their buildings and records were destroyed.

Before such atrocities, the reaction of normal people is one of loathing and, yes, retribution. When such things happen, it is usually a sign of the breakdown of civil defense which, in turn, depends on cultural integrity of a country. No one, however, should desire slaughter just so that he can demonstrate his compassion and mercy for both the victims and for those who carry the destruction out.

“Mercy isn’t just free market loving each other,” says Cardinal Gerhard Mueller, the head of the Vatican’s Congregation for the Doctrine of the Faith. “When God bursts into the life of a man, in the measure of his acceptance, it tends also to change also the way he looks at things, his attitude, the criteria of his actions, and thus, by grace, also his behavior.”

Mercy is designed to uphold and restore the law, not to subvert it or replace it. Mercy, in its own way, affirms the difference between good and evil. It does not eliminate it or make it insignificant. An understanding of mercy that implicitly fosters evil by underestimating its power is not legitimate.

If mercy were granted for whatever we did, but no change of heart or action resulted, it would make no difference what we did. Mercy would cover all our sins. When Christ responded that we should forgive someone seventy times seven times, He had in mind someone who really did need frequent repentance because he was weak or overcome by many troubles. But Christ might be suspicious of a man’s 491st request for forgiveness when none of the previous 490 (70 x 7) merciful grants were accompanied by any effort to change one’s ways. Mercy is not a blank cheque for doing whatever we want, for “free market love”.

Mercy cannot be understood by itself. It must always be seen in the context of justice, of a desire to render back what is due. Mercy begins where justice ends, but it does not deny the centrality of justice.

What does this precedence of doctrine mean? Aren’t we supposed to be leery of “rigidity”? Here we recall Chesterton’s observation that the modern world is full of Christian virtues but they are floating about unbalanced by each other. Right order depends on observing the intrinsic limits as of what each virtue is.

Mercy is a surprisingly difficult virtue to deal with in practice. We frequently hear that God’s mercy is infinite and covers a multitude of sins. It does. But this does not mean that no judgment is involved in the exercise of mercy.

No world is complete in which the limits of virtues are not acknowledged by those who put them into reality. Plato understood this very clearly in the last myth of the Republic when he saw that justice needed to be ultimately upheld lest the world itself be created in injustice.

What does mercy imply? Mercy only exists in a world wherein evil actions happen: a fallen world. We do not speak of mercy when something good happens; we give thanks. Thus, in a world without evil, there is no need for mercy. And while this may be obvious, it can prove complicated. In a world dominated by relativism, in which no identifiable wrong can happen, mercy is irrelevant. If what I do is my “right”, whatever it may be, I cannot be blamed or punished for it. In this sense, universal mercy risks approving everything, of claiming that nothing is ever evil.

When does mercy come into view? Logically, it follows these steps: 1) Men are free; mercy has no place in a deterministic world. 2) Freely chosen acts have consequences for good or ill. Some, including the one who performs them, are injured or deceived by our free choices. 3) These wrongful acts are contrary to justice. They require acknowledgement and punishment. Punishment is designed both to uphold what is right and to guide the one who commits the act back to observing standards that are right.

Thus far, we have no place for mercy. Mercy arises only when the one who does something unjust recognizes that his act was the result of his own choice. When he finally understands and admits that he put something wrong into the world, that he is being punished justly, then it is possible to speak of “forgiveness”. To be merciful does not apply to the sinner, who can only hope to be forgiven. Mercy cannot be demanded. The first step of someone who does evil is to want to accept justice for his wrong, to acknowledge that what was wrong was in fact wrong. Mercy arises from the side of the ones who have suffered from the sins or who must punish them.

Mercy has two levels, a divine side and a human side. From the human side, we are asked to forgive enemies and the acknowledged sins of others. But this willingness to forgive is not a minimization of the wrongs, but a recognition of their seriousness. Mercy is not a substitute for repentance on the part of the one who does evil. Mercy is rather a gesture on the part of those who suffer from our evil deeds or words. They will allow repentance to take effect in terms of a different way of life, one that avoids sinning.

Mercy on the part of God who is also “offended” by our sins in the way they harm others means that the world, though created in justice, is created in a world in which mercy is also possible. Suffering evil is not evil. It is better to suffer evil than to do it, as Socrates said. Christ came into the world because of sin. This is why “repent” is one of his first words, as if its possibility is the most important thing the divinity has to tell us.

What is the effect of this understanding of mercy? Ours is not a world in which there is absolutely no justice. Rather it is a world in which forgiveness is possible but not necessary. Forgiveness depends on acknowledging that something needs to be forgiven. Men can refuse to acknowledge their wrong-doing. They can insist that they have a “right” to do wrong. It is also a world in which those who have suffered from our sins and evils can give us another chance. We cannot be forgiven, we cannot ask for mercy, if we have nothing to regret in our actions.

Mercy ends with a final judgment, but not in the order of time. It is not something that goes on and on to infinity. This final judgment is not in our hands. A final judgment on the world is certainly necessary. It was not created in injustice if those who commit injustice are ultimately punished. This worry that the world was created in injustice was Plato’s initial problem. In this world, he observed, most crimes go unpunished and most good deeds go unrewarded. It seems that if we can get away with our sins, ultimately we have no real reason to be virtuous. If the just and the unjust have the same destiny with no intermediary steps of justice, punishment, forgiveness, mercy, and judgment, then it makes no difference what we do.

Mercy is not a stamp of approval on whatever we do. Rather it is a hope that our admitted sins and crimes will not keep us from that purpose for which we were created. To quote Cardinal Mueller again:

“The theologian is an aid in deepening this gaze on that fact which is the mercy of God, a fact which is manifested to us in many ways, so that the field of God’s action is the entire world. It can be manifested with the gesture of someone who supports us or corrects us, or even with the fact that they remind us to live in the truth of our existence.

The “truth” of our existence is that at its center lies the freedom that God does not interfere with except in the sense of promising forgiveness and mercy should we recognize the wrong of what we do. Aside from this responsibility, we must live with our choices. We must accept their consequences. Mercy enables us to correct our choices up to the point of no longer being able to act, to the point of death.

God forgives everything that can be forgiven. What cannot be forgiven is what we choose not to be forgiven. Mercy assures us that this forgiveness is essential in the reality in which we find ourselves. What a year of mercy cannot do is to reduce our lives to the meaninglessness that would follow if nothing we do made any difference in time or eternity.

Rev. James V. Schall SJ taught political science at Georgetown University for many years. He is the author of numerous books.

Rev. James V. Schall SJ taught political science at Georgetown University for many years. He is the author of numerous books. More by James Schall SJ