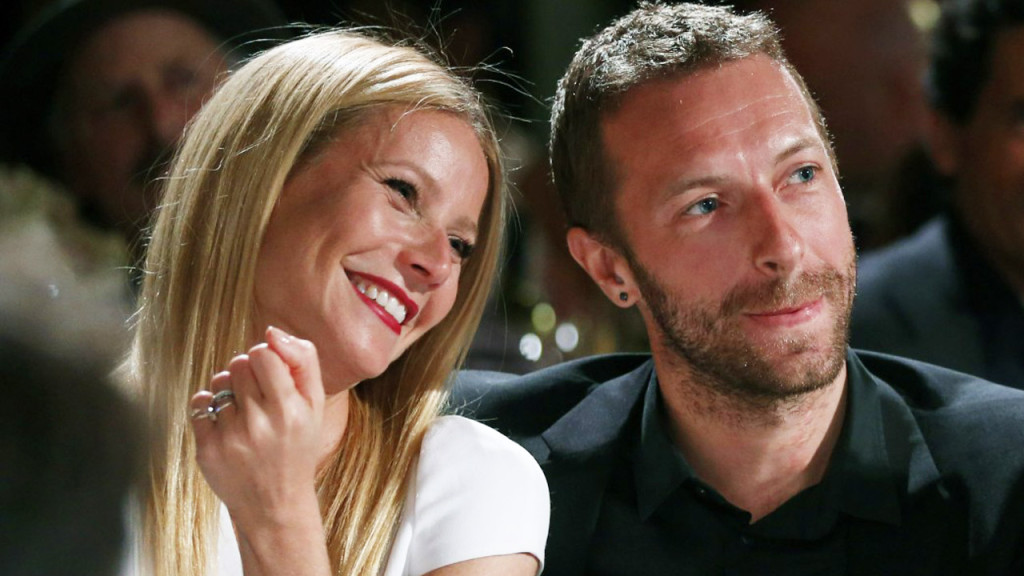 It’s very easy to make fun of celebrities when they endorse alternative therapies or weird quasi-religious cults. But if we’re honest with ourselves, there’s an unhealthy dose of envy in such reactions, as if we finally have an opportunity to look down on some ridiculously successful, attractive, wealthy, skilled, or popular individual.

So when actress Gwyneth Paltrow announced that she and her husband of ten years, musician Chris Martin, were in the process of ‘consciously uncoupling’, the charges of ‘moronic’ ‘new-age pretentiousness’, ‘new age gobbledegook’ and ‘the most deluded 2,000 words of tosh ever to be associated with sentient adults’ were immediate.

A consistent theme of such critiques is that Paltrow thinks she’s too good for us ordinary folk, too special to admit that her marriage has fallen apart, and too perfect to admit the word ‘divorce’ into her rarefied celebrity atmosphere: ‘Because Gwyneth does not break up like the rest of us.’

There’s a great deal of pleasure to be found in cynical sarcasm, and a celebrity like Paltrow can seem the perfect target. For many the cynicism is also defensive: people who have gone through bitter and painful divorces naturally take umbrage at Paltrow’s claim that she’s found a better way to do it.

It’s possible to simply disagree with Paltrow, or better still the gurus on whose advice she depends; but only if we can put aside our own envy, cynicism, defensiveness and Schadenfreude. Dare I say it: we have to approach the issue ‘consciously’.

In certain circles ‘conscious’ means more than just ‘awake’ or ‘aware’; it has properties that verge on the transcendent, perhaps even the supernatural. To do something ‘consciously’ is the highest possible good. Bringing ‘conscious awareness’ to any act or aspect of life has panacean qualities, and a host of New Age, new thought, human potential, self-development, self-actualisation, psychotherapeutic, and pseudo-Oriental movements, groups and individuals have for more than a century extolled a basic dichotomy of ignorance and ‘conscious awareness’ as the cause and cure of the afflicted human condition.

In their essay on ‘conscious uncoupling’, Paltrow’s gurus Dr Habib Sadeghi and Dr Sherry Sami refer in passing to P.D. Ouspensky (1878-1947), an influential Russian esotericist who was in turn an exponent of the ‘The Work’ of G.I. Gurdjieff (1866-1949), a Greek-Armenian spiritual teacher who taught that human beings typically inhabit a state of ‘waking sleep’, from which we can awaken into higher levels of consciousness. Characters like Gurdjieff and Ouspensky were early prototypes in the milieu of what we now refer to as the ‘New Age’ movement: combining exotic and mysterious Eastern religions with claims of esoteric knowledge from Western traditions, and recasting the blended whole within a novel framework or path of self-development that serves as the basis of a personal brand with optional cult-of-personality, celebrity endorsements, and a range of books, audio, and DVDs.

As I said, it’s easy to be cynical.

But the idea of doing things ‘consciously’ is not a bad one, and the aspiration to find a better way to deal with a difficult situation is commendable. It is true that we often accept mere conventions as Gospel truth. We fall too easily into the ruts of ordinary life. We fool ourselves into thinking that ‘this is all there is’ and we gravitate towards the most lazy, embittered, selfish and self-defeating options in life. Ignorance may not be the sole cause of human afflictions, but it is still a major contributing factor. ‘Conscious awareness’ may not be the final cure, but it is still a powerful tool when coupled with the intention to do one’s best. The core truth that has now become a tenet of the New Age movement is that attending to one’s thoughts, emotions, and behaviours tends to change them. Gurdjieff’s criticism of our ‘waking sleep’ is correct insofar as we often operate out of habit, subscribe to unfounded convictions, and are manipulated by our own superficial fears and desires.

The real problem with ‘conscious uncoupling’ is that it does not go far enough. Paltrow’s gurus invoke ‘conscious self-awareness’ as a means of ending marriage without acrimony – breaking up without getting broken up – because they believe that this awareness can resolve or dissolve the intrapersonal issues that motivate inter-personal conflict:

‘A conscious uncoupling is the ability to understand that every irritation and argument was a signal to look inside ourselves and identify a negative internal object that needed healing. Because present events always trigger pain from a past event, it’s never the current situation that needs the real fixing. It’s just the echo of an older emotional injury.’

This makes a great deal of sense, and anyone who has undergone a bit of painful self-examination will attest that our most enduring emotional challenges are rarely new, but seem to erupt when recent events trigger lifelong themes. But if all our conflicts can be neutralised through patient awareness and examination, remind me again why we’re getting divorced?

Sadhegi and Sami’s ‘conscious uncoupling’ article is all about personal growth, learning from one another, healing past injuries and becoming whole. If all these positive things can be attributed to the ‘conscious’ aspect, what need is there for ‘uncoupling’?

The problem with ‘conscious uncoupling’ is that it takes something great: the transformative power of conscious awareness or attention, and puts it at the service of something lesser: facilitating an amicable divorce. This strange sense of priorities is justified by the authors’ appeal to evolutionary anthropology, and the claim that our significantly increased lifespans have made life-long monogamy biologically and psychologically untenable:

‘To put in plainly, as divorce rates indicate, human beings haven’t been able to fully adapt to our skyrocketing life expectancy. Our biology and psychology aren’t set up to be with one person for four, five, or six decades…Everyone enters into a marriage with the good intention to go all the way, but this sort of longevity is the exception, rather than the rule.’

Appealing to evolutionary anthropology can lend divorce a veneer of scientific inevitability, but it strikes a discordant note that advocates of a transformative and empowering spiritual program are thereby reducing human behaviour to vague evolutionary determinants. Why does the evolutionary just-so story not apply to the acrimony of divorce? How is it that we can – according to Sadhegi and Sami – successfully overcome the psychological forces that make a failed marriage painful, but we can’t overcome the forces that make a marriage fail in the first place?

Even on their own terms, the justification for divorce is remarkably slim: ‘just because someone is still married doesn’t mean they’re happy or that the relationship is fulfilling.’ But surely happiness and fulfilment depend more on ourselves than on our spouse? As the authors explain, we tend to start out by idealising our spouses, but when the ‘honeymoon period’ ends, we ‘begin to project our negative issue onto them instead.’ As a remedy to this negative projection, they recommend that we think of our relationship ‘in terms of daily renewal instead of a lifetime investment’.

There is a great deal of truth in these observations. ‘Familiarity breeds contempt’, and we too easily take for granted those closest to us, neglecting and even forgetting the positive attributes that attracted us to them in the first place.

At great personal risk of becoming a New Age luminary, I recommend we all give conscious coupling a try. Start looking at your spouse as if it’s the first time you’ve met them, like they’re a complete stranger rather than a temperamental household appliance. Learn to not block them out while you’re busy engaged with TV, the internet, or a newspaper, but instead be aware of their presence as if you actually care about what they might do or say at any given moment. Try to focus on them without expectation or familiarity, as if they could do something to surprise you. Realise you aren’t the centre of the universe, and they some flotsam in your orbit. Recognise that you often treat complete strangers with greater consideration than you do your own spouse.