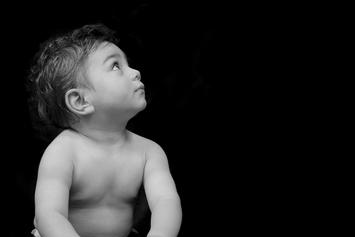 It seems that you cannot read an article on demography these days without the author contriving to bring in the phrase “demography is destiny”. If this blog site were able to trademark its title, it might be able to make a bob or two out of it!

Just in the past week there was an article in the Financial Times under the headline “Falling fertility rates pose threat to government revenues” which used the line “Demography, in other words, need not necessarily be destiny”. In the New Scientist Fred Pierce’s article on “youth bulges” (subscription required) ended with “Demography may not determine our destiny, but it certainly shapes it.”

Both articles, although coming from different angles, discussed the impact of changes in working-age populations. Pearce reflects on the potential for increased numbers of young people, particularly men, to lead to unrest when they are not provided with the jobs and educational opportunities they expected. On the other hand an increasing proportion of workers in a population can fuel economic development.

However, if this increasing proportion is as a result of falling fertility it can simply be leading to problems in the future as eventually the working age population will start to reduce — as China has started to experience. The Financial Times quotes Paul Volcker who said, “I don’t know why anyone even expects the overall Japanese economy to grow, when its population is shrinking. We should look at GDP per capita, not GDP, in Japan.”

Perhaps these articles are protesting too much. What may be behind the comments about destiny is a concern that perhaps demography may be destiny after all. Recent articles on this blog about Detroit and the Ukraine show that there is no getting away from the harsh reality that if cities, countries and regions don’t create an environment in which people want to stay and to have children then sooner or later they are going to face the consequences of a falling working age population and high old age dependency ratios leading to falling tax revenues and increase health and long term care.

While it is not the state’s role to tell its people how many children they ought to have, they should though, bearing in mind their responsibilities towards future generations, educate them about the negative consequences of falling populations. Unfortunately, in the so-called developed world, heavily infused by a consumerist mentality, the idea of having children for the sake of future generations will for many be seen to be a sacrifice too far.

The UK government, under its Foresight programme, has a project looking into the future of demographic change. Like many other countries, the UK is faced with an ageing society. But unlike many others, it is also faced with an increasing population due to a mixture of continued migration and a relatively high fertility rate. Thus it will need to deal with issues such as increased demand for long term care and pensions while needing to ensure that there is sufficient housing and infrastructure for the larger population. If it plans properly it can make the most of the opportunity afforded by the larger work force.

Whether demography is or is not destiny, it is certainly of huge interest at present. We are entering into completely unchartered waters as populations age in high-income and many middle and even low-income countries. New ideas and approaches to ensuring that the old are treated with dignity and respect will need to be found.

But in consumerist and secularised societies will there be the moral strength to make the right decisions?