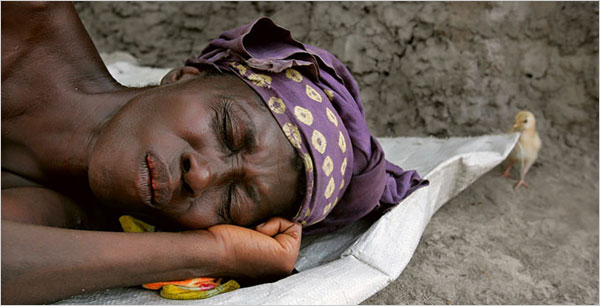 The following text is adapted from a video
address by McGill University medical ethicist Margaret Somerville to the International
Association for the Study of Pain congress in Montreal. The final event of the
congress was the International Pain Summit at which the Declaration of Montreal
was to be presented and discussed. The declaration states that access to pain
management is a fundamental human right.

Many of us involved in trying to ensure
people who require pain management get what they need have personal experiences
involving pain in our background. That’s true for me. I can remember as an
11-year-old, with life-threatening peritonitis from a ruptured appendix,
consciously wanting to die because the pain was so severe.

In 1983, my father was terminally ill with
prostate cancer that had metastasized to his bones. I was telephoned in
Montreal and told he was about to die, so I jumped on a plane to Australia.

I found my father in a university teaching
hospital in horrible pain. I created a huge fuss and managed to get a pain
specialist to see him — in fact, that specialist was Dr Michael Cousins, who
has piloted the development of this declaration we are considering. My father’s
pain was brought under control and, as it turned out, he lived another nine
months.

Dad said to me, “I want to live as
long as I can, Margo, but I don’t want to live if it means such terrible pain.
It’s great what you did for me, but not everyone has a daughter who can ‘go
berserk’ to get them the pain relief they need. You have to do something to
help other people in pain.” That was the start of my research on ethical
and legal aspects of access to pain relief treatment.

That research led to an invitation to speak
at the International Association for the Study of Pain’s meeting in Paris in
1993. I decided to consider whether we might be able to use ethics and law to
improve access to pain relief treatment. I called the speech “Death of
Pain,” meaning to convey the double-entendre message that we could kill the
person with the pain or we could kill the pain.

I’m adamantly against killing the person
with the pain, that is, euthanasia, and passionately in favour of killing the
pain. So, I argued that to implement that latter goal in practice, we should
recognize that people in pain have a “fundamental human right” to
have reasonable access to pain management and that unreasonable failure to
provide such access was a breach of their human rights. And that is precisely
what the Declaration of Montreal would establish.

Now, it’s important to understand why we
need this declaration and to do so we need to understand something about the
nature of human rights. “Human rights” try to ensure the rightness or
ethics of our interactions with each other at the most basic level of our humanness,
at the level of its essence, that which makes us human. I cannot discuss that
further here, but suffice to say, as the vast majority of people acknowledge,
recognizing and respecting human rights is very important in creating moral and
ethical societies.

Here, I want to make just two points about
human rights that I believe are important in relation to pain management.

First, I do not believe we create human
rights; rather, they exist independently of being recognized by any human
agency. That’s why no one can opt out of respecting them. What we do is
articulate human rights. And that’s why statements of them are called
declarations. The Universal Declaration of Human Rights is a major example of
such an articulation, but it was not the end of our declarations of human
rights. New declarations have continued to appear and need to do so.

I believe that this latest declaration, the
Declaration of Montreal of the right of access to pain management for all who
need it, without discrimination, will rank with the major human rights
declarations.

Second, I believe that what we call
“human rights” is shorthand for a tri-partite concept that consists
of human rights, human obligations, and human ethics. Sometimes we need to
focus on one of these limbs, sometimes on another, and sometimes on all of
them.

So, a human right to access to pain
management means that health-care professionals and health-care institutions
have ethical obligations, and sometimes legal ones, to offer patients such
management.

But if, as I said, we don’t create those
obligations, they exist whether or not we declare them, why declare them? The
answer is: to help ensure that they are honoured and not breached. Formally
recognizing them will make it much more likely that they will be respected.

The Declaration of Montreal is not just a
piece of paper; it’s what we call a “verbal act,” that is, its words
will change reality, just as a judge’s verdict is not just words, but changes
reality. The hope is that the declaration will help to change the horrible
reality of people being left in pain.

The declaration will also function as an
ethics guide in relation to pain management and an educational tool for
health-care professionals and trainees. Sometimes, it will be used as evidence
to justify giving necessary pain relief treatment, when others would prevent
that. In particular, it will help to overcome the harmful beliefs of some
health-care professionals who withhold pain management because they fear legal
liability or that patients will become addicted. It will deliver a strong
message that it’s wrong not to provide pain management, not wrong to provide
it.

And it will inform and, one hopes, guide
institutions and governments in formulating health policy and law with respect
to pain management. The declaration will help governments understand they have
both domestic and international obligations, at the very least, not to
unreasonably hinder either their own citizens’ or other people’s access to pain
management.

We need to apply one of the most ancient
and universally accepted maxims in making sure that everyone who needs pain
management receives it: “Do unto others as you would that they would do unto
you” — the Golden Rule. The Declaration of Montreal spells out what those
“others” have a human right to expect when they are in pain.

There is a beautiful Sanskrit salutation,
namaste, that I’ve spoken of in other contexts. It can be roughly translated
as, “The Light in me, recognizes the Light in you.” It affirms our
common humanity across all barriers and borders. One very important application
of it could be rendered as “The pain in me recognizes the pain in
you” — which is another way to express the insight of the “wounded
healer.”

The Declaration of Montreal is a very
important step forward in making sure that as many of us as possible, and
especially health-care professionals, do recognize others’ pain and see it as
our privilege and obligation to do what we can to assuage it.


Margaret Somerville is director of the
Centre for Medicine, Ethics and Law at McGill University, and author of The
Ethical Imagination: Journeys of the Human Spirit. To see a video clip of this
address go to ottawacitizen.com.