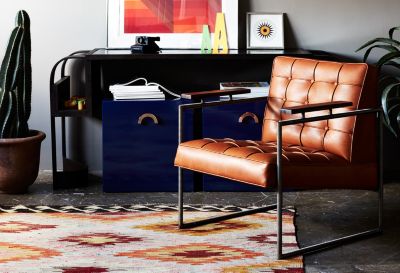 When you think of someone living alone what springs to mind?  An elderly spinster perhaps, or a young professional?  The truth is that the typical solitary dweller is middle-aged.  In America, for instance, the majority are between the ages of 35 and 64; some 16 million people.

These singletons represent one of the greatest sociological shifts of our age. Last week a massive survey by Euromonitor International found that the number of us living alone, globally, is rising with unprecedented gusto. Over the last 15 years the number has climbed an astonishing 80 per cent.

In the United States, 27 per cent of households have just one person living in them. In the UK, so often behind the American lifestyle curve, the number is actually higher; 34 per cent. And we cannot hold a candle to Sweden, where an astonishing 47 per cent of homes have only a sole resident.

Interestingly, the nations showing the greatest growth in this area are those experiencing rapid economic expansion; China, India, Brazil. So this fashion for only-ness is clearly linked to financial wellbeing. But general wellbeing? Contentedness? I wonder.

There are passionate advocates for the merits of sole occupancy. And this – relativist – argument is often couched as a straightforward lifestyle choice. In reality, one-person-homes are unlikely to be a social good.

Ironically, many of those living alone would sneer at the thought of themselves as environmentally unfriendly. Much easier to point to the galloping birth-rates of the developing world, or the gas-guzzling vehicles of the ecologically ignorant.

A report by the School of Planning at University College, London, noted that one-person households are the biggest consumers of energy, land and household goods. Per capita, they use half as much electricity and two thirds more gas than someone living in a four-person household.

Yet the idea of proposing the ‘nuclear family’, of two parents and children, as good for the planet is so improbable as to be laughable. There’s nothing wrong with the logic of the argument. It simply runs so counter to the prevailing fashion as to be an absolute non-starter.

The man (and the biggest growth area in solitary households is among never-married men) who lives in his designer flat is unlikely to accept that he is doing something selfish, even as his suite of electronic devices drains the national grid. The authors of that UCL report wondered whether planning and building rules ought to be modified to encourage such people to co-habit. Fat chance.

That UCL report was published in 2006. Since then our ears have not been assailed by a chorus of voices demanding measures to slow the growth of our one-person housing stock.

In Britain there is a recurring theme about rules on occupancy. They are politically toxic. Look at the  felt by the Government after it introduced an end to the ‘spare-room subsidy’ on council homes. It may not have been a well-handled reform – so much so that the Opposition quickly mocked it as a ‘bedroom tax’ – but the idea of matching housing need with housing stock, was both a coherent plan and intellectually honest.

As a mother of six young children I have been excoriated for ecological vandalism. But my children are efficient users of both energy and space. They share bedrooms and central heating. My critics will say that, one day, my children may all grow-up into people who want to live alone. I believe that having developed gregarious habits, that is unlikely.

Either way, when it comes to ‘How Green Thou Art’, I will not, with equanimity, take environmental lectures from someone who chooses to live alone.

This article is reprinted with permission from the behomeblog, a project of the Home Renaissance Foundation.