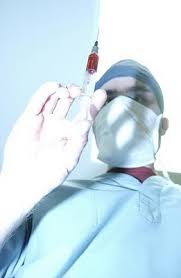 There was a moment during Australia’s last
national debate on euthanasia that deserves to be revisited by a new
generation of legislators, a moment that crystallised fears that the
so-called right to die would come to be felt by the frailest among us
more as a “duty to die”.

It was 1995 and our then governor-general, Bill Hayden, was
addressing the College of Physicians during debate on the Northern
Territory’s euthanasia laws. The scene was significant, since the dual
concern with euthanasia is the corruption of the relationship between
the state and its most vulnerable citizens, and between doctors and
their most vulnerable patients. Our head of state urged doctors to
support euthanasia not only as a right, but also as a positive duty
towards society. He reflected on past cultures where the elderly would
take their lives when their usefulness had passed, and declared of our
own culture: “There is a point when the succeeding generations deserve
to be disencumbered of some unproductive burdens.” The next day a retired state governor, Mark Oliphant, publicly
supported Hayden’s astonishing message to “unproductive burdens” that
they should do the right thing by society. This is the callousing of
social attitudes, the insidious pressure on the frail and demoralised,
that we could expect within a culture of mercy-killing.

A year
earlier in Britain, a House of Lords select committee on medical ethics
completed the most thorough enquiry into euthanasia ever undertaken, and
concluded in stark contrast to Hayden: “The message which society sends
to vulnerable and disadvantaged people should not, however obliquely,
encourage them to seek death, but should assure them of our care and
support in life.” This committee began with a majority in favour of euthanasia, but ended by rejecting it as unsafe and corrupting public policy: “It
would be next to impossible to ensure that every act of euthanasia was
truly voluntary. We are concerned that vulnerable people – the elderly,
lonely, sick or distressed – would feel pressure, whether real or
imagined, to seek early death.”

Doctors have no illusions about the pressures that can be felt by vulnerable people. One
patient of mine, a woman with disabilities and minimal self-confidence,
received a cruel letter from a close relative effectively telling her
she should be dead, and demanding certain arrangements in her will. She
then developed cancer. Consider such family dynamics in a setting
of legalised euthanasia, and ask what the “right to die” would mean to a
cancer patient so isolated and intimidated.

And the public should have no illusions about the corruptibility of doctors if they are given authority to take life. According
to the Dutch government’s own data, doctors in The Netherlands put to
death several hundred patients a year without any explicit request, even
where the patient is competent to give or withhold consent. The
Dutch officially legalised voluntary euthanasia in 2002 and some claimed
that bringing euthanasia “out into the open” in this way would reduce
such abuses. Not at all. The Netherlands’ 2007 report on euthanasia
states that the rate of patients killed “without explicit request” since
legalisation in 2002 is “not significantly different from those in
previous years”.

And why would we expect a reduction? Doctors
who treated the law with contempt when euthanasia was illegal would be
even more comfortable and relaxed about abusing the practice once it was
socially approved.

Professors of psychiatry in Brisbane, Frank
Varghese and Brian Kelly, warned of the impossibility of protecting
patients from “the doctor’s unconscious and indeed sometimes conscious
wishes for the patient to die” once doctors run the state machinery of
mercy-killing. Even the assertion by euthanasia advocates that
psychiatric assessment will protect patients by detecting any depression
that might be marring the patient’s judgment is shown to be a sham, on
the available evidence from the US State of Oregon and the Northern
Territory. In Oregon, for instance, of the 49 patients who died by
physician-assisted suicide in 2007 not a single patient was referred
for psychiatric assessment prior to taking their lethal drug. In the NT
during the period of legal euthanasia (July 1996 to March 1997) there
were four deaths, all presided over by euthanasia advocate Philip
Nitschke.

Psychiatrist and palliative care specialist David
Kissane reviewed Nitschke’s cases and made this assessment of the
so-called “safeguard” of compulsory psychiatric assessment: “Nitschke
reported that all patients saw this step as a hurdle to be overcome.
Alarmingly, these patients went untreated by a system preoccupied with
meeting the requirements of the act’s schedules rather than delivering
competent medical care to depressed patients.” More than once I
have urged Nitschke to study palliative medicine, to broaden his
awareness of what can be done for people with advanced disease. When we
look after such patients well, thoughts of euthanasia often fade. Then,
in the words of one hospice patient who had asked me for euthanasia only
the day before, but was now pain-free, “It’s a different world, doc.”

However,
I would not use the argument against euthanasia that “palliative care
can ease all suffering”. We cannot ease all suffering in dying any more
than we can ease all suffering in childbirth, even though we have made
enormous progress. Rejection of euthanasia is not dependent on perfecting palliative care for all patients. Its
rejection is on the grounds of injustice to the weak, as Kevin Andrews
made clear on presenting his Euthanasia Laws Bill 1996, which overturned
the NT’s legislation: “The people who are most at risk are the most
vulnerable, and a law which fails to protect vulnerable people will
always be a bad law.” We must reject euthanasia both as a
corruption of the doctor-patient relationship and as an insidious
oppression of society’s “unproductive burdens”.

And parliament
must reject the Greens’ trivialisation of such a momentous issue, their
proposal that five politicians on Norfolk Island or nine in the ACT
assembly should have authority to transform national culture on a matter
of life and death.

David van Gend is a Toowoomba GP and a senior lecturer in palliative medicine at the University of Queensland.This article has been reproduced with permission from The Australian newspaper.