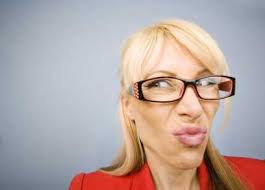 The father of modern astronomy, Galileo, did not win converts to his theories through their obvious truthfulness. Rather, the younger generation of astronomers were drawn to the new and exciting research possibilities that came with Galileo’s telescopes. Older, more established astronomers doubted that the new technology could be trusted. We moderns take for granted that what we see through the end of a telescope is real. Yet some of Galileo’s contemporaries refused to even look through one of his telescopes for themselves.

We are amused by such stubbornness today but we live with the advantage of a much greater body of evidence that reinforces the reliability of telescopes and microscopes. We have been to the moon, and confirmed with unaided vision the ruggedness of its surface. In a different context, “new and exciting” theories might prove to be nothing more than a fad.

It is my grave duty to inform you that the same is true of the discipline of ethics, where the most reasoned and convincing arguments nevertheless rest upon a set of basic assumptions which we simply must accept or deny. Those who best represent traditional ethics exist in a kind of parallel universe to most modern academic ethicists, and, it seems, never the twain shall meet.

Hence, such philosophers as the renowned and infamous Peter Singer can freely condemn the irrationality of moral intuition or “the yuck factor”, thereby defending in principle such remaining taboos as bestiality and incest.

“To explore the way in which people reach moral judgments, Jonathan Haidt, a psychologist at the University of Virginia, asked people to respond to the following story: Julie and Mark are brother and sister. They are travelling together in France on summer vacation from college. One night they are staying alone in a cabin near the beach. They decided that it would be interesting and fun if they tried making love. At the very least it would be a new experience for each of them. Julie was already taking birth control pills, but Mark uses a condom too, just to be safe. They both enjoy making love but decide not to do it again. They keep that night as a special secret between them, which makes them feel even closer to each other. What do you think about that, was it OK for them to make love?

“Haidt reports that most people are quick to say that what Julie and Mark did was wrong. They then try to give reasons for their answer. They may mention the dangers of inbreeding, but then recall Julie and Mark used two forms of birth control. Or they may suggest that the siblings could be hurt, even though it is clear from the story that they were not. Eventually, many people say something like: “I don’t know, I can’t explain it, I just know it’s wrong.”

“Evidently, it is the intuitive response that is responsible for the judgment these people reach, not the reasons they offer, for they stick to their immediate, intuitive judgment, even after they have withdrawn the reasons they initially offered for that judgment, and are unable to find better ones.”

Singer goes on to argue that our disgust at things such as incest is an emotional response, which we have evolved in order to protect the species from inbreeding. His broader claim is that our moral intuition is entirely composed of such evolved emotional responses, and is in fact morally irrelevant. If we cannot give a rational argument why incest is wrong, then our disgust is irrational.

Singer knows that the majority of ethicists take our moral intuitions seriously, and formulate moral theories to fit our intuitions. Singer rejects this view, arguing that:

“In everyday life, as Haidt points out, our reasoning is likely to be nothing more than a rationalization for our intuitive responses – as Haidt puts it, the emotional dog is wagging the rational tail.”

Singer’s proposal is that:

“Alternatively, we might attempt the ambitious task of separating those moral judgments that we owe to our evolutionary and cultural history, from those that have a rational basis. This is a large and difficult task. Even to specify in what sense a moral judgment can have a rational basis is not easy. Nevertheless, it seems to me worth attempting, for it is the only way to avoid moral scepticism.”

True to his word, Singer has exhibited his moral theory in defence of abortion, infanticide, incest and bestiality, clearly seeking the advance of rational judgement against the false morality of our evolved emotional responses.

But this kind of appeal to evolutionary theories of morality is not new. Nor, fortunately, are sound rational refutations. In 1922, the great British writer G.K. Chesterton answered thus the speculations of his contemporary eugenicists, as they pondered the evolutionary demerits of incest:

“Dr S.R. Steinmetz, with that creepy simplicity of mind with which the Eugenists chill the blood, remarks that ‘we do not yet know quite certainly’ what were ‘the motives for the horror of’ that horrible thing which is the agony of Œdipus. With entirely amiable intention, I ask Dr S.R. Steinmetz to speak for himself. I know the motives for regarding a mother or sister as separate from other women; nor have I reached them by any curious researches. I found them where I found an analogous aversion to eating a baby for breakfast. I found them in a rooted detestation in the human soul to liking a thing in one way, when you already like it in another quite incompatible way.”

In the subsequent 89 years, we have achieved such progress that Professor Singer can now state with certitude the evolutionary rationale for our disgust at incest. In the same period, Western ethical formation has lapsed to the point that Chesterton’s entirely rational elucidation of our moral intuition is now forgotten or ignored by the majority of modern ethicists.

To be fair to Singer, our moral intuitions are not an infallible guide. Traditional ethics indeed recognises that the human conscience must be informed and cultivated, for it to function accurately. Our “moral intuition” is really our emotional response to our intellectual perceptions; hence these emotional responses are only as informed as the intellect behind them.

But Singer’s claim that moral intuition lacks a rational basis is simply false. As Chesterton demonstrates, our disgust is a function of our rational refusal to treat things in mutually incompatible ways. We cannot love babies and also eat them. The two actions are incompatible. Hence, when we hear of someone consuming human flesh, we immediately deduce the failure of human love implied in that action. We are rightly disgusted at the thought of someone abandoning their love of human beings to such an extent.

The same applies to incest. We understand with an immediacy or primacy that belies Singer’s sophistication, the fact that siblings and parents cannot be loved as siblings and parents, while also being loved as sexual partners. But we need not even consider incest, to understand this principle: even Singer must understand that we cannot treat friends of the opposite sex as lovers without them actually becoming lovers and ceasing to be merely friends.

Our moral disgust at bestiality follows a similar principle: we recognise immediately that a person who engages in sexual activity with an animal has denigrated their own human sexual capacity. Our disgust in this instance is at the irrational behaviour of a person who treats something important and revered as though it were fit for animals.

Ultimately, I cannot help but feel a growing disdain (if not disgust) for an ethical theory that is so oblivious to the profound rationality of our moral intuitions. This emotional response is, contra Singer, entirely rational, and all the more intense when I consider the ethical tradition our civilisation has abandoned. As C.S. Lewis wrote:

“Those who know the Tao can hold that to call children delightful or old men venerable is not simply to record a psychological fact about our own parental or filial emotions at the moment, but to recognize a quality which demands a certain response from us whether we make it or not. I myself do not enjoy the society of small children: because I speak from within the Tao I recognize this as a defect in myself—just as a man may have to recognize that he is tone deaf or colour blind. And because our approvals and disapprovals are thus recognitions of objective value or responses to an objective order, therefore emotional states can be in harmony with reason (when we feel liking for what ought to be approved) or out of harmony with reason (when we perceive that liking is due but cannot feel it). No emotion is, in itself, a judgement; in that sense all emotions and sentiments are alogical. But they can be reasonable or unreasonable as they conform to Reason or fail to conform. The heart never takes the place of the head: but it can, and should, obey it. ”