Many faithful Muslims are horrified by the barbarism of ISIS and other radical Islamic groups. Like puzzled Westerners, they are asking where this violent impulse came from. Writing in Almuslih, a website for progressive Muslim thinkers, Babikir Faysal Babikir, a Sudanese writer and television pundit, investigates the complex background of ISIS. Here are some excerpts.

There are many factors behind the emergence of the phenomenon of Islamic violence, including political, economic, social and psychological ones, and the most important of these is the “intellectual” factor resulting from the interpretation of texts of the Qur’ān and the hadith, in addition to many concepts and fatwas contained in works of fiqh and the Islamic tradition.

Since the ideas embraced by persons belonging to these violent currents are the result of these interpretations of the Qur’ān, the hadith and works of fiqh [Islamic law], it is no use – when challenged by those who say that violence is an integral dimension of Islam – contenting oneself with denying their claim or saying that Islam calls for tolerance, peace and love.

A proper response to those allegations would require us Muslims to be courageous with ourselves and take a wide-ranging, diligent look at the entire religious tradition, employing modern tools and methodologies of research. This is because the closing of the doors of ijtihād (“independent legal reasoning”), which began in the 9th century AD, came to its completion in the 12th century and thereby put the signature to Islamic civilization’s significant decline.

This decline set in once the Salafi school and its standpoint signed an alliance with the Abbasid Caliph al-Mutawakkil and the jurist Ahmad ibn Hanbal. Its control was then strengthened in the 12th century by its second wave led by the jurist Taqī al-Dīn Ibn Taymiyyah, and finally emerged prominent in the alliance contracted in the Arabian Peninsula between the qādī [judge] from Dirʽiyya Muhammad ibn ‘Abd al-Wahhāb and Muhammad ibn Saʽūd in the middle of the 18th century.

Salafism is a “textual” ideology in that it holds that the sacred texts are untouchable and are to be understood to the letter or the phrase, and is also ideologically ‘exclusivist’ since it strongly repudiates any discussion of its principles and is intolerant of any opposing views.

It is fixated on the past, in that it considers that the perfect pattern for thinking has already been applied in an earlier time, the time of the Salaf (“ancestors”), and that what comes after must merely work to restoring this pattern and not break it. As a consequence, it seeks the future in the past, so that history for them does not represent a horizon of progress and evolution, but rather a journey towards decline and regression.

This way of presenting Salafism, as far as the present writer is concerned, is founded upon a superficial view held by many observers of the phenomenon of Islamist violence, to the effect that there is no link between the Salafi school of Islamic thought, particularly its “Wahhabist” version, and the movements of violence prevalent today, in particular the organisation of the Islamic State or ISIS …

The astonishing thing about ISIS is that it kills fellow Muslims as well as non-believers. Babikir goes on to argue that this exclusivist behaviour is characteristic of the Salafists. Many of the leaders of the movement have been educated in Salafist schools and colleges. 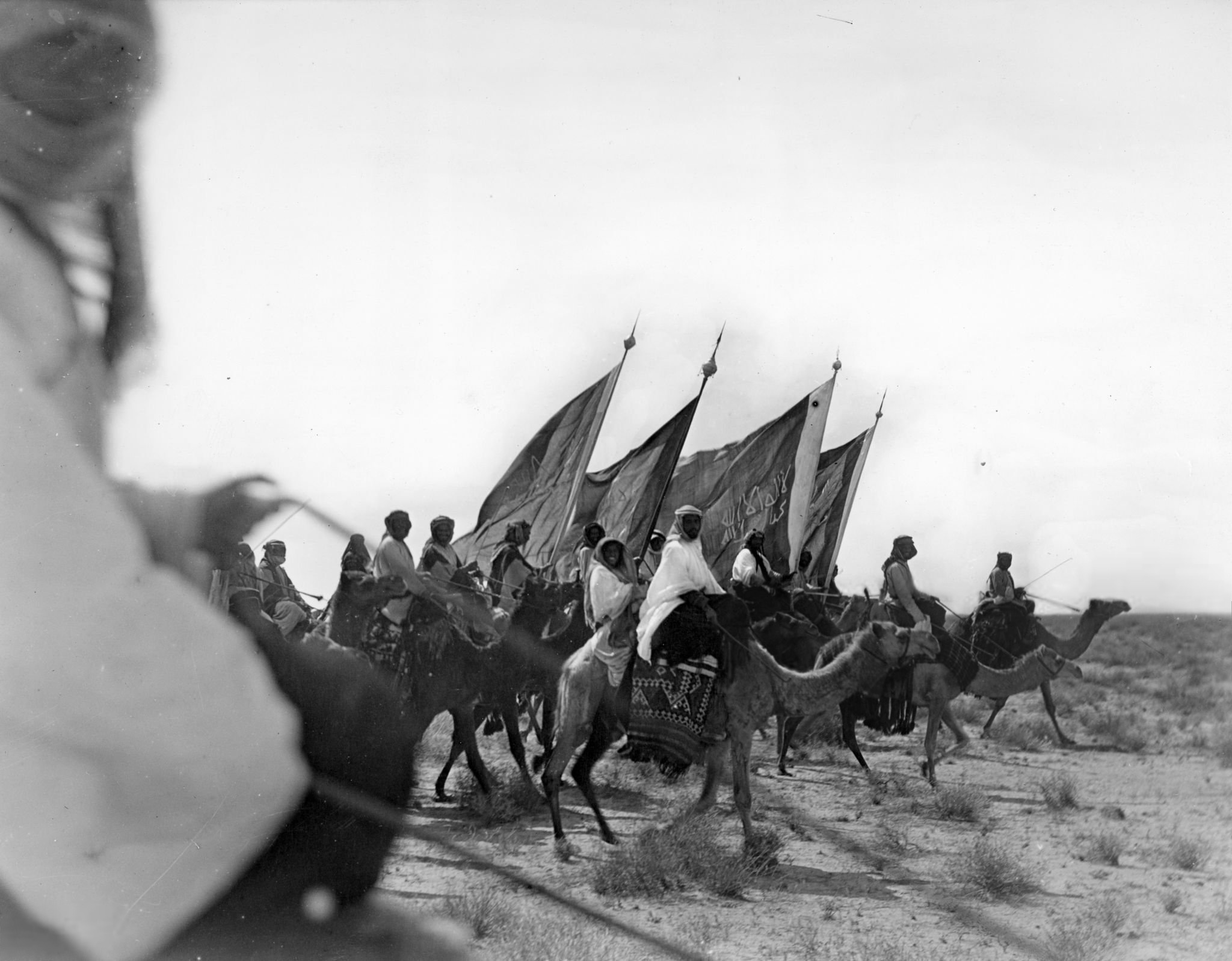 Ikhwan troops on the move

There are clear precedents for ISIS, in recent history, says Babikir. One is the Ikhwān, a militia used by the first king of Saudi Arabia, Abdul Aziz ibn Saud (1875-1953). These were fierce Bedouin tribesmen who were converted by Wahhabi clergy to a strict interpretation of Islam. In the 1920s some of the Ikhwan rebelled against ibn Saud because of his religious laxity as demonstrated by his showing leniency toward Shiites, introducing modern technology, permitting smoking and so on. The rebellion was crushed in 1930.

The Ikhwān were not much different from present-day ISIS, for they expressed great hatred for non-Muslims, all of whom they customarily named “infidels”, and could not tolerate their presence in the Arabian Peninsula … Osama bin Laden grew up among the Ikhwān and was raised on the doctrine of al-walā’ wal-barā’ (“loyalty and disavowal”) which divides the world into two camps: disbelief and belief, the same ideas that the Salafis of various stripes are brought up with today, and by which young people who go off to join ISIS are energized.

The Ikhwān were soldiers loyal to their idea of “purifying”, they were bloodthirsty, ready to die at any moment, and hostile to all manifestations of modern civic life such as the telephone and the car radio, on the grounds that these were innovations that may not be adopted.

They also do not recognize any thought or conception of Islam that contradicts Wahhabism, least of all Sufism and Sufis, upon whom they perpetrated abominable acts, their goal being to force all Arab lands to re-enter ‘Islam’, despite the fact that their peoples are monotheist Muslims. In fact, one of their points of disagreement with King Abdul Aziz was his refusal to press on with the war to subject to his power Syria, Iraq and Jordan and force their populations to submit to the Wahhabi creed.

In 1979 hundreds of militant extremists seized the Grand Mosque at Mecca, effectively taking 100,000 people hostage. The ensuing violence was terrific and hundreds of worshippers, hostages, Saudi soldiers and militants died. It took two weeks to flush all of the extremists out of the mosque, even with the help of French and Pakistani commandos.

The background to this rebellion is peculiar. Juhaymān al-ʽUtaybī, a Wahabbi cleric from an Ikhwan background, had a vision that his brother-in-law was the Mahdi, or redeemer, who was to arrive on earth before the judgement day. He seized the mosque to purge the Saudi regime of the corrupt influence of the West. Their attempt demonstrates the on-going power of Islamic mythology to inspire the Wahabbis to horrific violence, Babikir contends.

From what we have said, it is evident that the violent ideology – the best examples being the army of the Ikhwān, Juhaymān and ISIS – didn’t just fall from the sky all of a sudden. It came out of the books and curricula of the Wahhabi Salafist school indoctrinated via mosques and Sharīʻa institutes. Any attempt, therefore, to address this cannot succeed under the shadow of the extension and expansion of this school of thought.

Babikir Faysal Babikir is a writer and progressive reformer from Sudan. This article has been abridged and republished with permission from the Almuslih website.