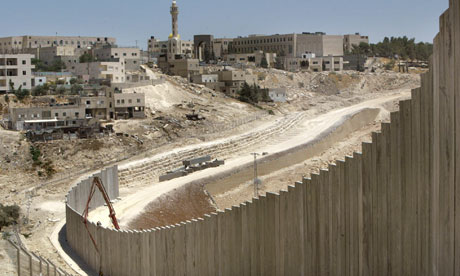 Is it any surprise that the demographics of Israel and the West Bank are extremely important to debates about land ownership and settlement? Or that demographic data is pored over to determine which group can claim some sort of moral superiority through numbers?  For some decades now the Arab fertility rates have been much higher than their Jewish counterparts, leading some in Israel to fear being swamped by numbers.  However, that picture of higher Arab births is rapidly changing according to Paul Morland in the Jerusalem Post:

It is significant because it represents a dramatic drop in Arab fertility rates. Since the Arab population is younger and has more women of child-bearing age relative to its size than the Jewish population, it would be expected to have a higher birth rate. The fact that the birth rates of the two communities are close to convergence means that we are nearing the point, if we have not already passed it, when the average Jewish woman in Israel must be having more children than the average Arab woman.”

This trend of declining Arab fertility rates reflects trends elsewhere in the Middle East.  In Egypt the average woman used to have 6.5 children in the 1960s, now it is less than three. In Lebanon the decline has been from more than 5.5 to less than 1.5 over the same period. Jordan has gone from 8 to 3 and Syria has gone from 7.5 to 3.5.

Therefore, to find that Israeli Arab women trend the same way may not be all that surprising. What is surprising is that Israeli Jewish women are steadily having more children.

“At around three children per woman, this is a fertility rate of twice or more the level of Russia, Poland and Germany and half as many again as those of France, the UK and the US. It is an unprecedented level of child-bearing for women in a developed country.

And although the haredim (ultra-Orthodox) certainly contribute to this trend, the latest evidence from experts Evgenia Bystrov and Arnon Sofer suggests that childbearing among haredim is falling while among the secular population it is slowly rising… births to Jews living in the West Bank have grown five-fold in the past 20 years, while Jews moving to the West Bank have more than halved in number. Overwhelmingly today, the growth of the Jewish population in the settlements is organic and due to a high birth rate rather than to arrival from pre-1967 Israel. ”

What conclusion we can take from these figures is unclear. As Morland states:

“It does not have a direct bearing on the hotly debated question of the total number of Arabs living in the West Bank and what the impact of their incorporation within Israel would be. Nor does it necessarily suggest that Jews will grow as a share of the population of Israel with or without the West Bank; issues of mortality as well as fertility will impact this, and so will movements of populations in and out of the area.”

Instead, the information can be seized upon by both sides of the debate:

“…for the Right it can be used to argue that a territorially maximalist position is at least more demographically feasible than it was a decade or two ago, from the Left’s point of view it can be used to deflate what is sometimes taken to be demographic panic aimed at the Arab citizens of Israel.”

Aside from the political position, I would be interested to find out why secular Jews are having more children. This seems to buck the secular trend in the West. On the other hand, the decline in births among Arab women and other Arab populations again underlines the fact that the fertility decline that we’ve been talking about for the last few years is not just a problem for Western Europe and Japan.