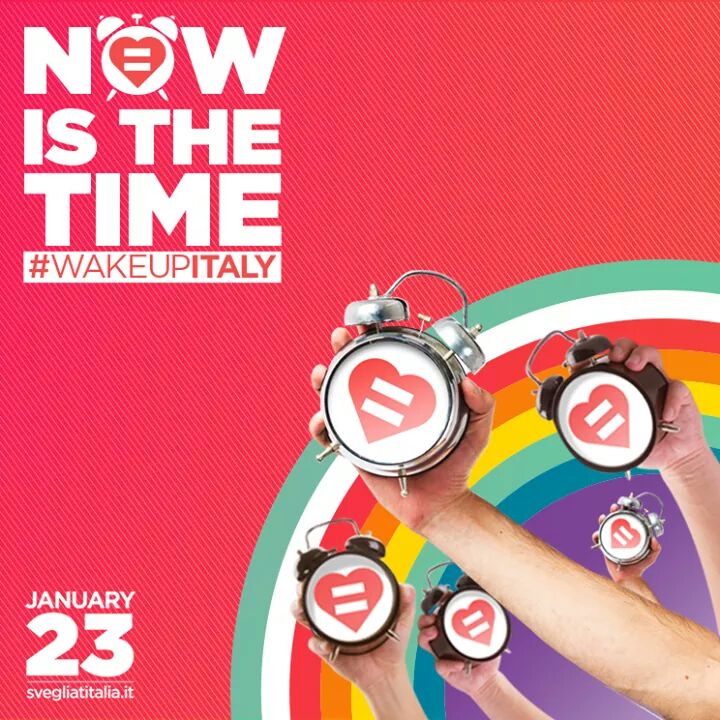 A heated debate is taking place in Italy over the recognition of same-sex partnerships. Parliament will begin a debate on Thursday (January 28). A bill has been proposed by Senator Monica Cirinnà to regulate “civil unions” and – as expected – it is dividing both public opinion and the Parliament.

Italy has currently no form of recognition of either same-sex or opposite-sex relationships outside heterosexual marriage. Over the past ten years, similar proposals have been quickly abandoned, not least because of Italy’s political instability.

Prime Minister Matteo Renzi has repeatedly manifested his support and his Democratic Party (PD)  has drafted a proposal which is presently under debate. “We are the only European country without a norm on civil unions, and we want to fill the gap,” Mr Renzi said last week. “I only hope that the debate, in the next days, will stay serious and focused on the merits, without becoming an ideological clash.”

Among the most controversial points are those concerning parenting, and in particular stepchild adoption (which is currently impossible in Italy) and surrogate motherhood.

There are strong feelings on both sides. Catholic politicians express their dissent with various degrees of vehemence, ranging from those who would like surrogacy to be defined as a “universal crime” to those who propose a kind of softer version of the stepchild adoption.

As is often the case in Italy, the most used legislative weapon is proposing amendments. The conservative “Lega Nord” party has queried 5,000 issues in the Cirinnà bill and other parties, though less generously, have contributed their share.

The Prime Minister’s position is very delicate, since his government depends on an alliance with the main conservative party. Both have granted a free vote (or conscience vote) to their members. Renzi explained his opinion recently: “I believe this to be a very delicate topic. We must have a guiding principle, a pole star, ie., the best interests of the child. What matters in the end is not an individual right, but the child’s right to grow up in the environment best suited for him or her. On this subject there is debate. The Parliament will have to vote with freedom of conscience, but I would like clashes to be avoided”.

Not much hope of that.

Last Saturday there were demonstrations in many Italian towns in favour of the law under the slogan “svegliati Italia” (“Italy, wake up!”). Next Saturday, supporters of the traditional family will have their own demonstration when they gather in Rome for a “Family Day”. Their hope is to equal, or even surpass, the success of a similar event in 2007 which stopped another civil unions bill. At last year’s Family Day a million people filled Piazza San Giovanni in Rome in support of heterosexual marriage.

Opponents question the admissibility of “civil unions” under the Italian Constitution. The Union of the Catholic Jurists  claims that “the rights of those underage have not been adequately considered. [Children] risk being considered as objects rather than subjects, and their rights prejudiced by so-called stepchild adoption”.

On the other hand, the goal of “#svegliatitalia” is clearly more ambitious than that admitted by most pundits: “We believe that every [kind of] love must have the same rights and the same duties. Therefore we will continue to fight until we will reach full equality”.

Whether the Cirinnà law will sink in a morass of amendments or whether it will be passed after some modification is something that only time will tell. The only certainty is that Italian voters are far from indifferent, in spite of the many thorny issues which face Italian society and politics (some of which, it could be argued, were probably more urgent and needed than this bill).

Dr Chiara Bertoglio is a musician, a musicologist and a theologian writing from Italy. She is particularly interested in the relationships between music and the Christian faith, and has written several books on this subject. Her website is http://www.chiarabertoglio.com/.