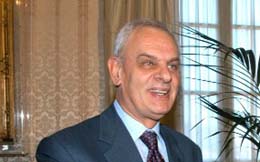 Marcello Pera is an Italian philosopher and
politician. He was the president of the Italian Senate from 2001 to 2006. In
the wake of the allegations of priestly sexual abuse and the accusations of
inaction on the part of Catholic Church authorities, he sent this letter to the
Italian newspaper Corriere della Sera. In the letter, published on 19 March
2010 and republished in MercatorNet, he argues that beneath the façade lies an
ongoing battle between secularism and Christianity. The abuses are only an
excuse for this war.

The secularists know that a spot of mud on
that white robe would mean that the church was sullied, and if the church were
sullied so the Christian religion likewise. So they accompany their campaign
with such refrains as “Who will take the children to church?” or “Who
would send their children to Catholic schools?” or “Who would have
our little ones cared for in a Catholic hospital or clinic?”.