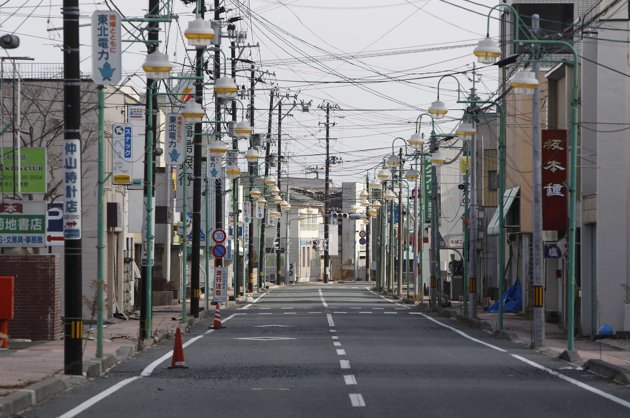 Do you remember what you were doing in the year 2000? I was in the middle of high school, probably dealing with periodic acne outbreaks. Also I moved school that year (not due to the acne…) and that’s all I remember – it was a long time ago! Of more global significance, in the year 2000 the first female president of Finland was elected, the Tate Modern Gallery opened in London and the summer Olympic Games were held in Sydney, ‘Straya.

It was also the year in which the Japanese population was last at its current level. Yes, according to the Guardian, there are as many people living in Japan as there were in the year 2000. For the fourth straight year the population has fallen and more than a quarter of that shrunken population is aged 65 years old or older. The Guardian notes that:

The number of people aged 65 or over rose by 1.1 million to 33 million and now outnumber those aged 14 or younger by two to one.”

This is put down to not only a low birthrate, but a long life expectancy making for a shrinking and greying population. In 45 years (half a lifetime) the Japanese population is predicted to drop to about 87 million people and just under 40% of those people are expected to be 65 or older.

When you see these sorts of numbers being predicted, and you think of the Japanese Government’s options (which seem to be either increasing fertility rate by 50% or massively increasing immigration or both) and you think of how population is a major factor in geopolitical clout then I find it hard to see how Japan will be able to revive its position in the world as was argued in an interesting leader on Mercatornet the other day. I thought the piece very interesting, but that it skated too lightly over the demographic challenge facing Japan. We have not ever seen the sort of demographic collapse that is happening in Japan in front of our eyes. It is unprecedented in peacetime. How will it end? How will the current views on marriage, children and families change? What happens when each successive generation has fewer children than its predecessor? How will the government pay its way, its debt and for its elderly populations?

Japan of course is a case study for many other countries facing potentially similar demographic decline. As Time magazine argued:

“Though the problem of falling birthrates and aging population is particularly acute in Japan, a similar problem is also brewing in Europe and the U.S. The federal government’s data from late last year showed that 2013 birthrates hit a record low in the U.S. in 2013, down 9% from a high in 2007, as American women delay having children.”

Of course Japan is special because of its lack of immigration and hostility towards large scale immigration. Other countries in Europe and the US can limit their demographic decline through expanding immigration numbers. But that can bring its own problems of assimilating immigrants and a weakening of societal cohesion. Is it then a choice between three options: have more babies; manage the fallout from demographic collapse; or attract adequate numbers of immigrants to balance the fertility deficit?  No one of those options is necessarily easy or pain-free. But one of them needs to be taken.