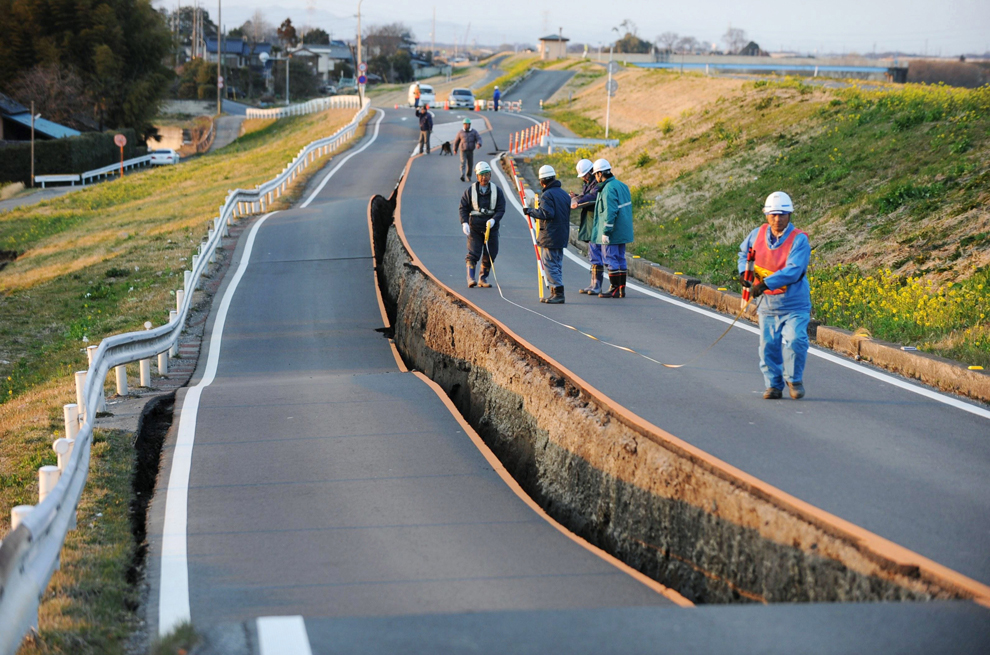 After last year’s horrific natural disasters, Japan’s government moved away from continuing the child subsidy programme that was introduced in 2009 to try and encourage the Japanese people to have more babies (we blogged about that here).  Now, it is unsurprising that a year later the Earthquake is still having economic repercussions, but its effects are again being linked to the wider demographic problem that is threatening to sink Japan.

According to The Telegraph:

“Official data to be released overnight is expected to show the country ran a deficit of about $24bn (£15.4bn) in 2011, and has been running a structural shortfall of $3bn a month since the tsunami shut down most of Japan’s nuclear industry.”

This is largely because Japan relied on nuclear power for 29% of its electricity before the Fukushima disaster, and had plans to boost this to 50% by 2030.  However, after the nuclear scare last year:

“Japan has switched to imports of liquefied natural gas and other fossil fuels, with a fourfold rise in oil demand this year by its utilities. This has had major knock-on effects on the country’s trade structure, a shift that is likely to endure.”

Societe Generale’s Takuji Okoba has predicted that the trade deficit would become a “chronic feature” of Japan’s economy in the coming years which is raising questions about the sustainability of Japan’s public debt which will reach 238% of GDP this year (around 1,010 trillion yen or £8.3 trillion).

“Japan has relied on its trade surplus as a safety buffer, helping to preserve calm even as public debt balloons…The concern is that confidence in Japan’s debt trajectory could evaporate fast. Tokyo’s R&I rating agency stripped Japan of its AAA rating in December, warning that Europe’s crisis has brought sovereign debt risk into sharper focus. Japan has lagged the rest of the G7 in mapping a path back to fiscal rectitude. Its budget deficit will be 7.6pc of GDP this year, with tax revenues covering just half government spending.”

While the earthquake and tsunami can be blamed as the proximate causes of Japan’s trade deficit, they have merely brought forward the crisis that the country’s demography would have triggered in the near future:

“The disaster has brought forward the erosion of Japan’s trade surpluses that would have happened anyway as the country’s demographic crunch turns serious…The household savings rate has dropped to 2pc from 16pc at the end of Nikkei boom 20 years ago. The country’s largest pension fund has become a net seller of Japanese bonds to meet pay out demands.“

New figures recently released by Japan’s health and welfare ministry have underlined the seriousness of Japan’s demographic collapse – a collapse even more serious than that of Bulgaria – and subsequent economic disaster.  As reported by The Guardian:

“Japan’s population of 128 million will shrink by a third, and over-65s will account for 40% of people by 2060, placing an ever-increasing burden on the working-age population to support the country’s social security and tax systems.

The new figures…also showed that the national workforce of people between the ages of 15 and 65 will shrink to about half of the total population…The national institute of population and social security research, which produced the estimates, said Japan was the world’s fastest-ageing country, and with its birth rate among the lowest, its population decline would be among the steepest globally in the coming decades.”

This steep demographic decline is expected to reach a drop in population of one million Japanese a year – a simply staggering figure that surely is unique in the history of nations in peacetime.  With birth rates expected to continue to hover at 1.35-1.4 children per woman, and the average life expectancy expected to rise over the coming decades, it is little wonder that politicians are trying to overhaul its social security and tax systems:

“The Japanese Prime Minister, Yoshihiko Noda, has pledged to push for social security and tax reforms this year. A bill he promised to submit by the end of March would raise the country’s 5% sales tax in two stages – to 8% in 2014 and 10% by 2015, but opposition both in parliament and among the public is significant.”

Even without such opposition, I can’t imagine that a doubling in sales tax will outweigh losing a third of your population.  Demography expert Noriko Tsuya from the Keio University warns that the current Japanese structures (such as pension plans, employment and labour policy, and social security) are not designed to cope with such rapid population decline.  Are we about to live through the first suicide of a modern, industrial nation as it fails to re-produce itself? Is there any way that the Japanese can reverse this trend? We should be very worried. Japan may be further down the path, but many other countries (particularly in Europe) are on the same downward slope.