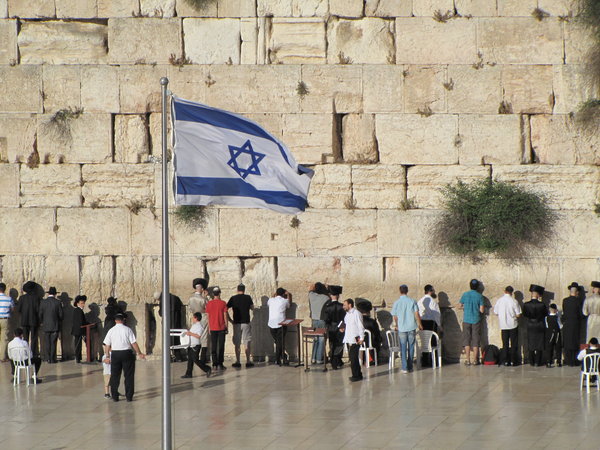 With the ongoing conflict between Israel and Gaza showing no signs of abating, despite the best efforts of the UN Secretary-General, I thought that this piece from the Jerusalem Post dealing with Israeli demography was interesting and challenged many assumptions that I had.  The author is Barbara Sofer, a Jerusalem writer who serves as the Israel director of public relations for Hadassah, the Women’s Zionist Organization of America. She makes some interesting personal observations in the course of explaining her interview with one Yoram Ettinger, a former Israeli ambassador.  Sofer explains that the conversation took a turn that she was not expecitng:

“I expect us to discuss Diaspora-Israel relations, but instead we talk mostly about babies – who is having them and why.

When it comes to Middle East demography, Ettinger maintains that most of us have our facts backwards. We’ve become so accustomed to thinking we’re sitting on a demographic time bomb that will implode when Jews are outnumbered, that we’ve failed to follow the latest statistics.

Indeed, Ettinger’s ideas are counterintuitive for all of us who have long believed that the demographics of our region are pitted strongly against us.”

As Sofer acknowledges, there is a perception that demography is against the Jewish population and that in time there is a danger that Jews living in the Middle East will lose the “fertility race” to its Muslim neighbours, not all of whom are well disposed to the Jewish State. I used to think as much until I wrote about this last year.  But Israeli Jews are very different from their Western world counterparts when it comes to fertility.

‘Trending upwards” is the operational term here. There are many factors, including population age, which are important in predicting future population growth or shrinkage. But, taking all these factors into consideration, the Jewish population is growing fast, and will grow even faster.”

In contrast, the Muslim birth rate is declining:

“A CBS report earlier this year, citing UN estimates, shows there’s been a drop in family size among Muslims throughout the region. The most fertile Arab nation, Jordan, has a projected 2035 fertility rate of 2.41 children. Israeli Muslims are projected to decline from 3.37 to 2.71. This is consistent with the greater education and urbanization.

Says Ettinger, ‘Israel’s Jewish fertility rate is currently higher than any Arab country, other than Yemen, Iraq and Jordan, which are rapidly declining. The Jewish population is also growing relatively younger, which bodes well for Israel’s economy and national security.’”

But why is this? Why are Israeli Jews bucking the first world trend and why is their fertility rate increasing? Sofer states that’s Ettinger denies that is solely down to the haredim, the ultra-orthodox who make up about 12% of Israel’s total population (we’ve noted this before).

“Ettinger names the following factors: a sense of the collective and community patriotism; attachment to religious, cultural and historical roots; and optimism.”

This last point is one we’ve alluded to before on this blog. If societies and populations are confident and optimistic about the future, then they are more likely to want to share that future with future generations. Conversely, when societies lack confidence, when populations cannot think of a reason why they would want to propagate their existing culture through a new generation and when individuals are too hedonistic to have children, then you see a declining birth rate. Like we see in most of the western world. Sofer agrees:

“Optimism is the answer that resonates for me. Despite the many challenges of living here, the low-frills lifestyles in contrast to the members of the OECD whom we lead in fertility, we believe in the future and want to share it with a new generation.”

But so many would point to Israel’s intermittent wars and its almost daily dangers of battle, rocket-fire and kidnappings. Israelis live in a country where certain neighbouring groups do not recognise their state’s right to exist. What is there possibly to be optimistic about? Well, maybe Israeli Jews recognise that something worth living for is the only thing worth dying for. And a homeland for many Jews is something to preserve and to hand on to a future generation. Is that what we in the West are missing? Something we want to hand on to our children? Something worth having children for?