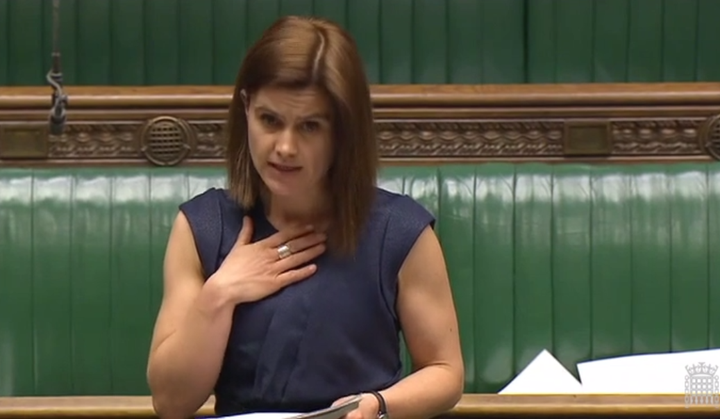 The tragic death of British Labour MP Jo Cox yesterday brought to light a powerful speech that she made in April asking the government to accept thousands of child refugees.

Mrs Cox, 41 and the mother of two young children, was murdered by a crazed loner wielding a gun and a knife while she was visiting her constituency of West Yorkshire. She entered parliament only last year but won respect as a campaigner for justice and peace.

Migration policy is difficult and contentious, but her eloquent words remind us that behind every statistic there is a name, a family and a story. Supporting a colleague’s motion for the Cameron government to accept 3000 child refugees she said:

We all know that the vast majority of the terrified, friendless and profoundly vulnerable child refugees scattered across Europe tonight came from Syria. We also know that, as that conflict enters its sixth barbaric year, desperate Syrian families are being forced to make an impossible decision: stay and face starvation, rape, persecution and death, or make a perilous journey to find sanctuary elsewhere.

Faced with that situation herself she would flee for the sake of her own “two precious babies”:

Who can blame desperate parents for wanting to escape the horror that their families are experiencing? Children are being killed on their way to school, children as young as seven are being forcefully recruited to the frontline and one in three children have grown up knowing nothing but fear and war. Those children have been exposed to things no child should ever witness, and I know I would risk life and limb to get my two precious babies out of that hellhole.​

We know that identifying the exact number of unaccompanied minors is difficult, but the latest estimates suggest that there could be up to 95,000 such children in Europe tonight – four times the number we thought. That means that, if we decide tonight to take 3,000 of them, that will be just 3% of the total. That is our continent’s challenge, and we must rise to it.

I recognise that this is not easy, but tonight we are being asked to make a decision that transcends party politics. Any member who has seen the desperation and fear on the faces of children trapped in inhospitable camps across Europe must surely feel compelled to act. I urge them tonight to be brave and bold…

Recalling her experiences working for Oxfam, she added:

In the shanty towns of Calais and Dunkirk, the aid workers I spent a decade with on the frontline as an aid worker myself, tell me that the children there face some of the most horrific circumstances in the world. Surely we have to do the right thing tonight and support the Dubs amendment.

Although the amendment was lost that night David Cameron promised a few weeks later to speed up the entry of child refugees into Britain. The Syria Solidarity Campaign has paid tribute to Cox saying that she has helped shift the issue of Syria away from partisan stalemate.

A crazy man screaming a partisan slogan took her life and now her own precious children are without their mother. Still, they will grow up knowing that their mother did a very good thing for refugee children. May she rest in peace.