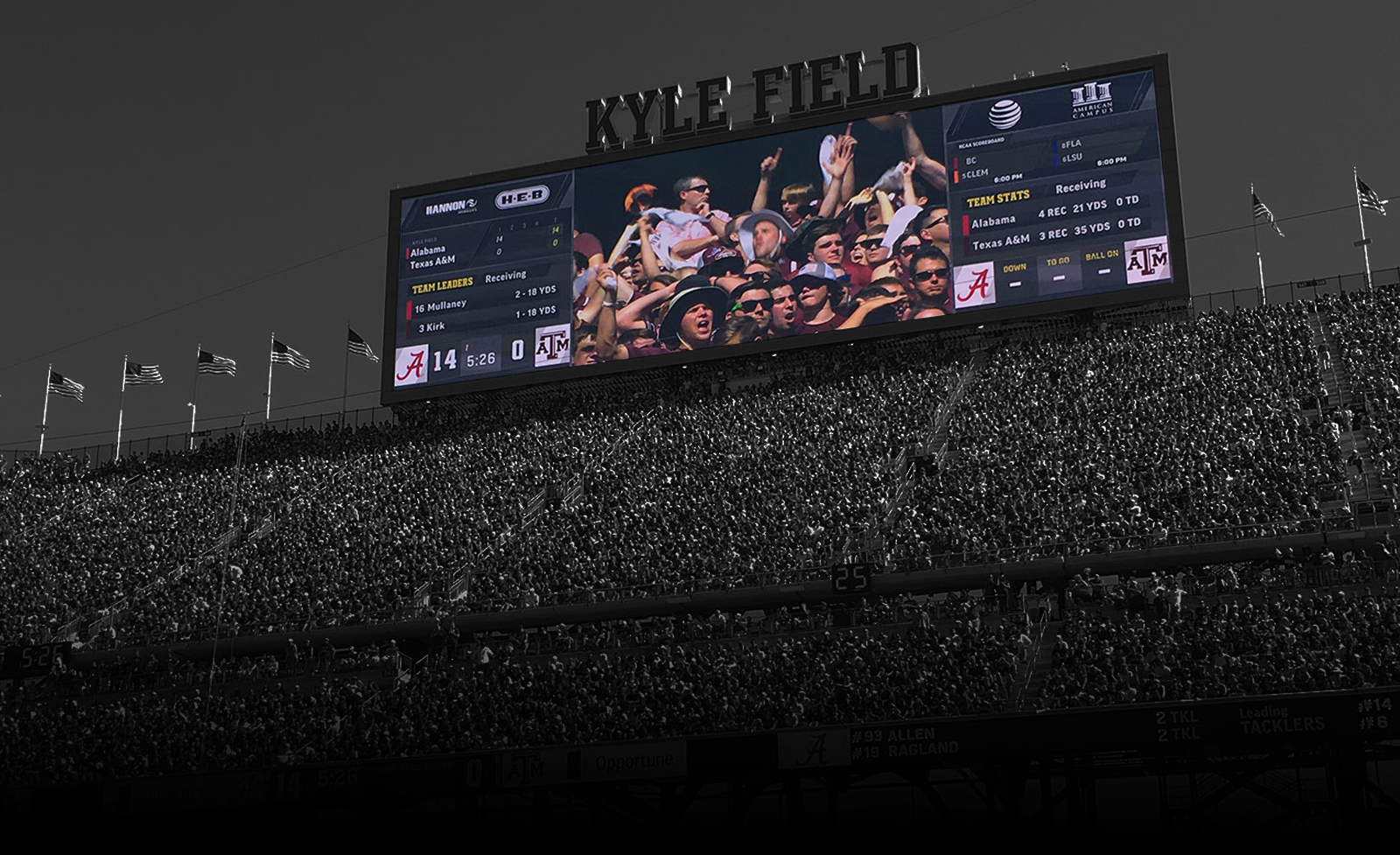 Recently, we looked at the repetitive stress injuries and traffic mishaps that can result from texting (instead of seeing, listening, and living).

Assuming we do want to live and be painfree, it’s worth reflecting for a moment on the older technologies that will be forever altered or extinguished by such new contenders, for example, the jumbotron

The Jumbotron is somewhat static, void of the “like” button that is a signature of Instagram and Facebook, but remains as another window by which fans can be seen to the world, albeit as they shove nachos and Bud Light into their faces. In a world where the seemingly oxymoronic job of reality television casting agent exists, the Jumbotron is still one of the rare pockets of mass media that shows real people doing real things – enjoying a sporting event. Typically, those on its screen don’t have a fleet of makeup artists, hair stylists, fashion consultants or time to be filtered or airbrushed.

True, but any user-controlled device can capture such non-scripted moments. Jumbotron implied that everyone should see them as defining moments. Everyone doesn’t.

India Times lists a number of devices that smartphones, and searchable Internet generally, are making obsolescent. They include camcorders, disposable cameras, VHS recorders, and hard copies of the Yellow Pages. One hopes that their obsolescence will reduce the planet’s junkpile. They were fun but messy.

Meanwhile, PCMag predicts ten things new technology will make obsolete by 2025. I find their predictions of varying quality. It’s doubtful that private property will disappear, as they claim, but probable that cords and chargers will. Anyone who has had to clear the dust from around the pile of cables at one’s feet will not miss them.

But here is an obsolescence to think about: Rear view mirrors in cars:

In recent years, camera-and-display setups have become standard in many higher-end cars. Each manufacturer may have their own pet name for this technology (see Honda’s LaneWatch, BMW’s Surround View, ans Lexus’ Side Monitor), but it’s all essentially a closed-circuit television system for the area surrounding your vehicle.

These systems are advantageous over a purely mirror-based system in that they (utilize occasionally ingenious methods to) cover blind spots, present driver information (e.g. speed, directions, proximity to obstacles), and just see the world better (low-light vision). And you’ll soon be seeing a lot more of them.

Last year, the government announced that manufactures would be required to include back-up cameras in all new cars by May 2018. Tesla has announced its desire to take things a step further by replacing all side-view mirrors with cameras—this would provide all the benefits of a camera-and-monitor system but also allow for more aerodynamic designs. More.

If new tech reduces the traffic toll more than texting while driving has increased it, few will complain.

A final thought about the influence of new technology on art forms. New tech does not extinguish old art forms. It more often changes their role.

Many decades ago, we stopped listening to radio around the kitchen table in the evening, but made it a constant companion while driving. Similarly, we still have puppet shows, parade floats, and nursery rhymes. But in freer societies, they are no longer used much to convey political, religious, or conspiratorial messages. Once addressing serious issues moved more to formats like televised debates, tolerated sermons, and modern policing, forms that were once serious became entertainment, often with non-controversial virtue messages.

In any event, one can now see and hear it all on the Internet for free. Here’s a puppet show from Japan, for example.

See also: Is the internet guilty of killing high culture? By making everything equally free and accessible, the internet shone a spotlight on what we do want. And that is our responsibility.

Note: Agreed that not all of these obsolecences are good.