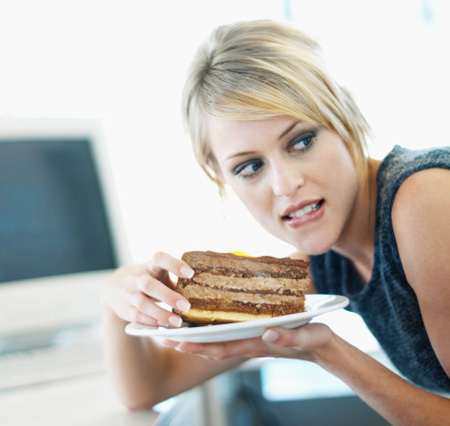 In a refreshing change from research that looks for excuses for everyday vices in people’s genes or family background, a study from the Kellogg School of Management looks at things like temptation, willpower and humility (yes, really) in impulsive and addictive behaviour.

Previous research has shown that people in a “cold state” (not experiencing hunger, anger, sexual arousal and so on) tend to underestimate how a “hot”, impulsive state will influence their behaviour. The new study led by Loran Nordgren confirmed that, and also found that those who are most confident about their self-control are the most likely to give into temptation.

“People are not good at anticipating the power of their urges, and those who are the most confident about their self-control are the most likely to give into temptation,” said Nordgren. “The key is simply to avoid any situations where vices and other weaknesses thrive and, most importantly, for individuals to keep a humble view of their willpower.”

Nordgren did his research mainly with college students and may not hold for the population at large. Here is one of his experiments:

Hunger pangs: Seventy-nine university students and employees rated a list of snacks from least to most favorite and then selected one. Participants were told, "You can eat the snack anytime you like. However, if you return the snack to this location in one week, we will give you four Euros (and you will get to keep the snack you chose)."

Questions also measured participants' level of hunger. Satiated participants exposed themselves to more temptation, generally choosing their first or second favorite snack, while the hungry individuals selected their second or third favorite item. Those with full bellies were also less likely to bring back an uneaten snack, Nordgren said.

The technical term for the human weakness he describes is “restraint bias”:

“A system which assumes people will control themselves is going to fall prey to this restraint bias; we expose ourselves to more temptation than is wise, and subsequently we have millions of people suffering with obesity, addictions and other unhealthy lifestyles,” said Nordgren. “And, while our study focused on personal behaviors like smoking and eating, it is easy to apply our findings to a broader context. Understanding the power of temptation, you might also ask about the extent to which we need oversight or regulatory guidelines for business and political leaders.”

Of course, there is another Power one could call on (in all humility) to counter temptation, but it appears that its effect has yet to be studied. In any case, avoidance seems the best strategy.