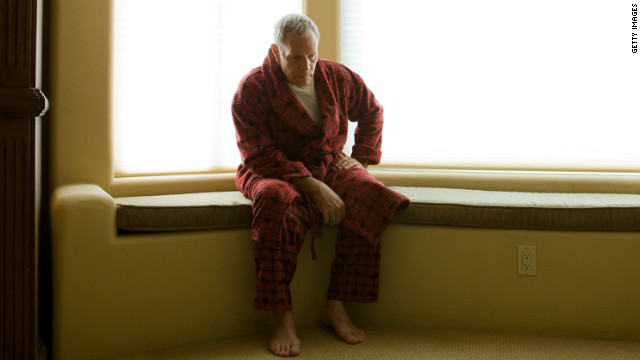 One of Australia’s most respected journalists, Paul Kelly, has kicked back against what some of his journalistic colleagues have been treating as a rising tide in favour of euthanasia. Kelly is a former editor of The Australian, a television pundit and the author of eight books on Australian politics. Politicians will listen carefully to what he says.

“Legalise euthanasia and compassionate society dies too”, published in The Weekend Australian, is a serious look at euthanasia in the places where it has been made legal. Kelly concludes that society is irrevocably damaged by the introduction of the practice of doctors killing people.

He opens with an emotional plea:

“If you love your parents, respect your children, care for your society and think compassionately about your world then it is time to open your hearts when a jurisdiction legalises killing or, as it is called, euthanasia.”

That there is renewed public interest in euthanasia in Australia at the moment cannot be denied — partly because this month marks the 20th anniversary of the first euthanasia death under the short-lived Northern Territory law (the first of its kind anywhere in the world) and partly because some journalists have been beating the drum.

Over these last 20 years, the arguments against euthanasia have not changed. What has changed is the effectiveness of palliative medicine in eliminating pain and suffering. Kelly correctly cautions, however, that

“this is a critical trend but cannot conceal the fact painful deaths still exist and become the main argument for legal change. But euthanasia should not be seen as a substitute for palliative care – that would be a medical and moral blunder.”

Kelly’s second point is to cite the developments in who gets euthanasia and the rise in the numbers in Belgium and Holland to conclude that, “where euthanasia is legalised the record is clear – its availability generates rapid and ever expanding use and wider legal boundaries. Its rate and practice quickly exceeds the small number of cases based on the original criteria of unacceptable pain.”

He makes his point by posing a series of questions which actually chronicle the progress of euthanasia in Belgium and Holland:

“Culture and values will change to justify the death process,” says Kelly as he introduces to readers of The Australian to the story of Tom Mortier and the death of his mother. Kelly uses quotes from Belgian euthanasia supremo, Wim Distelmans, to note some of his more outrageous comments that, frankly, raise no eyebrows in his homeland.

Kelly quotes Mortier when responding to Distelmans’ claim that giving a lethal injection is an act of “unconditional love”:

“I loved my Mother for more than 30 years and I wanted her to live; Dr Distelmans loved her so much – ‘unconditionally’ – that after a few brief consultations over six months he gave her a lethal injection.”

The leading voice for Australian euthanasia at the moment, Andrew Denton, once commented to me about Tom Mortier’s situation saying that, sad as it is, it was after all his mother’s decision – it was her choice. No person who has read Tom’s story could dismiss what happened so easily – unless they had an agenda. But Denton’s words actually uncover one of the most significant changes that euthanasia laws create that, ultimately, become the driver for cultural drift and euthanasia expansion. Kelly writes:

“The trend and logic is unassailable; once legislated the principle of euthanasia is settled and the practice of euthanasia is widened, if not by law then by administrative laxity and de facto regulatory sanction. Of course, many euthanasia cases are never declared.

“A 2012 report by the European Institute of Bioethics said: ‘Initially legalised under very strict conditions, euthanasia has greadually become a very normal and even ordinary act to which patients are deemed to have a right.

“Many advocates in Australia use the rights language. Once this takes hold, then holding back the tide is nearly impossible.”

Denton and others are in denial of this reality; most likely because they realise the potency of the argument.

The “rights” argument is also present in the questions posed by Kelly. It is the denial of human nature: “Experience in other jurisdictions leads to the unambiguous conclusion: the threshold event is the original legalising of euthanasia. After this there is only one debate – it is over when and how to expand the sanctioned killings.”

Kelly is highly critical of the Victorian Parliamentary Report on end-of-life choices and cites the dissenting report by Daniel Melino MLC (Victoria) which, contrary to the style of the main report, is written in a scholarly manner and is exceptionally well-referenced.

He calls the main reports assertions that a law could be written with “robust eligibility criteria” and their denial of the “slippery slope”, heroic optimism:

“It is echoed on nation after nation, year after year. It testifies to the deepest humanist conviction that mankind and wise governments can introduce euthanasia regimes with the necessary legal safeguards and the necessary regulatory protections to manage the promotion of death to ensure only net gains for the social order.

“It is surely extraordinary that people sceptical of the ability of governments to get trains running on time fool themselves into thinking they can confidently manage a regime that sanctions the termination of human life.”

Kelly goes on to quote the new head of the Australian Medical Association (AMA), Dr Michael Gannon and Liz Callaghan from Palliative Care Australia, who both content that euthanasia does not have a legitimate place in medicine and palliative medicine. Kelly also notes the push from within the AMA for that body to adopt what is known as a neutral position on euthanasia, a tactic that has been tried in a number of jurisdictions and is likely to fail once more in Australia.

The pro-euthanasia movement know that once the peak medical body “goes neutral” it can no longer express an opinion either way. Would we want the AMA to adopt a neutral position on Medicare or on government health policy? Not likely. They are the peak body whose members, charged with our care, know the reality far better than anyone else. We need them to express an opinion on all sorts of health-related matters, euthanasia being one.

Kelly closes by returning to a personal appeal to his reader:

“If we proceed then life will change, there will be a ‘slippery slope’, your relationship with your doctor will be different, the vulnerable will have a reason to feel uneasy, the push to make euthanasia a right will be inevitable, the frail will feel obliged to volunteer and our values as a community will shift more quickly than you appreciate.”