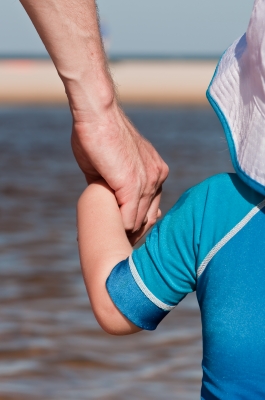 Over the years I have heard many arguments for and against the idea of providing any kind of an inheritance for one’s children.

There was the egalitarian argument that framed the issue as one of democratic virtue, rejecting the idea of accumulating any wealth for the sake of the next generation. Better that your children have no expectation of any inherited wealth so as to propel them toward independence and self-sufficiency.

I also recall claims that even thinking about accumulating any serious wealth is likely to result in fewer children and smaller, less generous families. Focusing on wealth creation to the detriment of child rearing was not a good thing for the soul or the nation. People are our greatest gift and resource.

From the opposite side, the economically minded often noted the incentive for hard work and savings which a concern for one’s heirs inculcates in a parent, with benefits to the macroeconomic situation. The accumulation of wealth as capital, and the resulting benefits of investment over time, induces a virtuous economic cycle.

While noting some truth, just some, in all of these positions, I find the evidence so mixed, so varied as to render almost all generalizations as to the positive or negative attributes of inherited wealth to be suspect.

Those strange and wonderful beings, our children and heirs, are an extremely complex concoction of temperament, behaviors and free will, compounded by the moral training, or the lack thereof, provided to them by their parents and extended family and influenced by their surrounding environment. They defy predictions as to their outcome as adult persons. Rich people can be the models of the work ethic or civic virtue. Middle class and poor people can be distorted by the desire to get that which they never had by way of wealth and leisure. Pride, envy, lust, miserliness can cut across all categories of income as can generosity, perseverance and all the other virtues.

For most of my adult life, as the sole support of a large family, this has been a fairly academic subject. Over three and a half decades of married life, improving one’s net worth has been a vague hope which did not give rise to preoccupation over leaving anything to my heirs. Providing for my wife, in the event of my untimely departure, was the prevailing concern.

However, with my youngest child about to graduate from college, the possibility of amassing something more than a mere pittance for the provision of my surviving wife and, maybe, help for my children, does impinge upon my consciousness from time to time.

Fortunately, my children are outstanding human beings, if I say so myself. They are good citizens and/or parents doing right by their God and their fellow men and women. They are blessed with wonderful, committed spouses. They are also in a position to support themselves quite nicely in terms of the basic human needs of housing, shelter and food. In terms of the fundamentals, they probably do not require anything more from their parents.

One might say that we, my wife and I, have done all that is expected of us.

But are the “basics” enough? By posing this question I do not mean to question whether my children, aka heirs, need a Lexus rather than a Honda, a house in town rather than the suburbs, or membership in a fine club of some kind.

An important consideration, at least in the United States, is the high level of debt our children have to take on to get a college education. In economic and cultural terms, depending of course on the kind of education one gets, this is now more than just a “basic.” For that, our children need a lot of help.

What I am questioning is whether even an adequate income, in the current cultural context, is a enough to allow, say, my married children to create a social space, a familial culture, which will afford them and their families some protection from, tools to resist, and means to engage the ambient toxic culture of materialism, secular humanism and hyper-sexuality which is now endemic to what we once quaintly referred to as “Western Civilization”?

Without a doubt, posing the question this way reveals many assumptions on the part of the one asking it. Let me be more explicit. How does a family, embracing Judaeo-Christian values, educate and rear children in a society which is, in most respects, now overtly hostile to and subversive of those values or code of morality and behavior?

Truly, you do what you can or have to do. There are faithful believers across the globe who live in extremely hostile and oppressive conditions of poverty, oppression and persecution, martyrs for their faith so to speak, who are models of sacrifice and perseverance.

Yet, recognizing and praising the heroic virtue of our fellow believers in hell holes the world over is not the same thing as pretending theirs are optimal conditions to be sought after. The aim should be to avoid such perilous circumstances, if humanly possible, by faith and action where prudent. And, for most human beings, faithful ones included, that requires a critical mass of resources over and above those that a secular state grants by way of public education or subsidized welfare and entitlements.

This brings me to additional assumptions I am making. Given the cost of opting out of public education, at least for the early and high school years, and the need to provide adequate housing without forcing both spouses to work, as well as the incredible shrinking or dispersing extended family in this culture, there is, quite simply, a pressing requirement for more adequate resources to support what Edmund Burke called society’s “little platoons”.

For these reasons I would welcome, for many more years to come, God willing, productive work so as to assist my children in their vocations as spouses and parents if that were possible. I do not view this as a moral imperative, but it would be a moral good. It would keep me alive and engaged rather than sitting around worrying about my health or complaining about the government. Thus, something like an inheritance is what I would like to leave them.

That said, we are all living longer. There are more of us — the old — than there used to be. Resources are consumed at an accelerating rate at the end of life. So my children should not count on any windfalls sometime soon, if ever.

Moreover, even if my wife and I were able to pass on a modicum of resources, my children will probably be beyond the point where they need them.

But maybe our grandchildren could use the help.

G. Tracy Mehan, III, was Assistant Administrator at the US EPA under President George W. Bush. He is a consultant in Arlington, VA, and an adjunct professor at George Mason University School of Law.