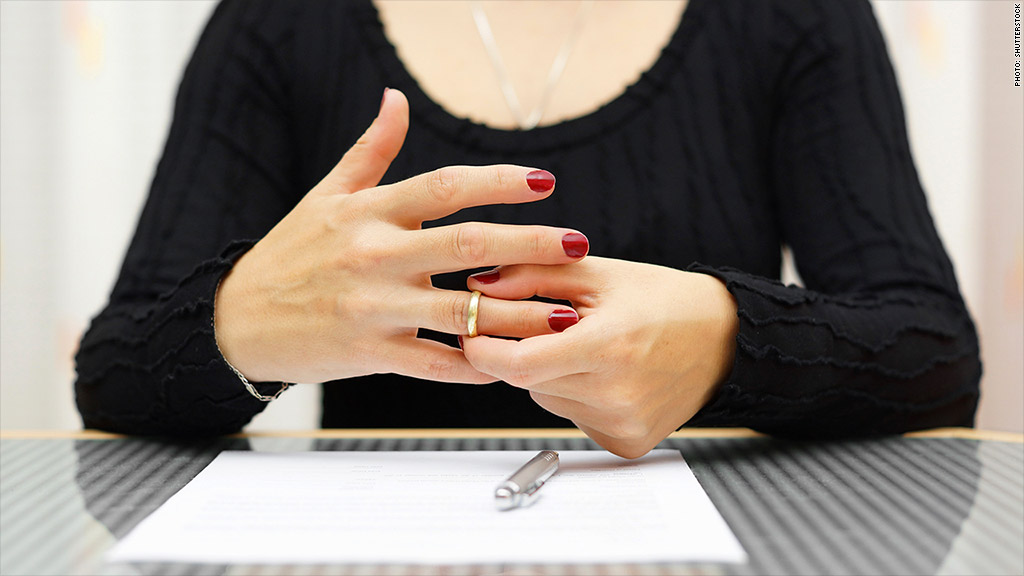 Does divorce matter? Ask the children whose loyalties and affections are torn when parents go their separate ways. Ask the woman who struggles to maintain her standard of living on a reduced income. Ask the man who has to support two households out of his income. Ask the government departments that provide social assistance to broken families. And while you are at it, ask urban planners who need to ensure there will be housing for the percentage of families that are likely to divide in two.

These are by no means all the repercussions of divorce but they are serious enough to illustrate why demographers, sociologists and economists, among others, are keenly interested in the matter. They also suggest why researchers across the political spectrum in the United States were stunned when the Census Bureau late last year proposed dropping several marriage and divorce-related questions from the American Community Survey (ACS).

Asking people whether they were married, widowed or divorced in the previous 12 months, or how many times they had been married and in what year they were last married, was an exercise of “low benefit” to other government agencies, the bureau reported. ACS office chief Jim Treat also said there was some resistance to marriage questions as something the federal government had no business asking.

Are these officials right? Does it matter if we don’t know the marriage patterns behind social trends like the wealth gap, educational failure, growth of welfare spending, crime and imprisonment rates among racial and minority groups, obesity, depression, unemployment…? And should those individuals who object to marriage questions determine federal policy?

Experts and scholars of widely differing views on marriage and family have made their views clear.

“What happens in the family does not stay in the family,” said sociologist Brad Wilcox, director of the National Marriage Project and also of the Home Economics Project at the right-leaning American Enterprise Institute. “It reverberates and ripples across the entire society in economic, social and cultural ways that are important to track,” he told CNN Money.

“American families are diversifying in ways that are far more complicated than ever, creating distinct patterns in different parts of the country and subgroups of the population,” wrote Philip Cohen, a sociology professor at the University of Maryland, in a briefing paper for the left-leaning Council on Contemporary Families. The detailed, specific data provided by the ACS on marriage and divorce was “essential in order to accurately assess everything from population growth patterns to the special educational and social needs of different neighbourhoods,” he said.

Such experts have pointed out a surprising fact: there is no national count of marriages and divorces in the US. Six states, including California, and accounting for about 20 percent of the population, are excluded from the simple tally of marriages and divorces done by the Census Bureau — which in any case has no accompanying information about age of marriage, marriage duration or number of remarriages. The ACS makes up for this by a sophisticated geographical sampling method that goes into great detail. Without it, says Cohen, Americans and their government would not know things like:

* How the recession affected divorce rates: It appeared to have slowed down some divorces in its initial years but there was an uptick in 2012 (suggesting that in hard times couples stick together – and showing, perhaps, that at other times they part too easily). However, the divorce rate shows a sharp drop in 2013 (when the US economy was picking up, so it’s not just about money) that needs to be explained by detailed data.

* How marriage histories differ for men and women by education level: Married college graduates are much more likely than those with less education to be in their first marriages.

* How divorce rates differ for 15 different Asian national-origin groups: Generalisations about “the” Asian population obscure the fact that Thais and Cambodians have much higher divorce rates than Indians and Pakistanis.

Cohen also points out that the ACS is the only source of data that can measure marriage and divorce patterns in smaller sections of the population such as gay and lesbian couples.

Interestingly, the Census Bureau’s proposal to drop the marriage/divorce questions came in the middle of a well-publicised debate about what is happening to the divorce rate in the US. Economist Justin Wolfers claims that the rate has been falling since the early 1980s, while demographers Sheela Kennedy and Steven Ruggles (the latter is president of the Population Association of America) argue that it has not, that in fact it continued to increase up until 2010. However, Kennedy and Ruggles have conceded that the increase over the years is largely due to baby boomers divorcing at an increasing rate in comparison to millennials, whose risk of divorce seems to be dropping.

This illuminating (and incriminating) information about the boomer generation would not, of course, have been possible without the sort of data provided by the ACS. Other data it collects would no doubt throw light on the lower divorce risk of those marrying now. The National Marriage Project, for example, has for some years been pointing out that the decline of marriage amongst the younger generations is taking place mainly on the lower side of an educational divide: graduates are still marrying and staying married. Also, cohabitation carries a high risk of breakdown but is not counted in divorce figures. Bottom line: if lots of people are not marrying the divorce rate will likely fall.

Ruggles, quoted in CNN Money, points out another bottom line: “If you want to figure out when Social Security will go broke, you need to have a model that incorporates the divorce rate to project what will happen in the next few years to make a reasonably informed guess.”

The tax-the-rich school might think that doesn’t matter, but, since there’s a correlation between marriage and wealth, their solution might prove empty in the long run.

Economist Maria Sophia Aguirre noted in an interview with MercatorNet last month that during the worst of the financial crisis very few married couple families applied for welfare compared with single parents. “We are talking about 5 per cent versus 95 percent – the difference is huge,” she said.

Marriage is a wealth generating institution. More importantly, stable marriage is a health and wellbeing generating institution for spouses and children. The intact married family has been shown time and again in objective data to be the best environment for children growing up. In the light of such facts, who in government and the community does not want to know what is happening to this institution so that policy can be adjusted to protect it? And why?

Those are questions that should be answered, surely, before the marriage questions in the survey are cut.